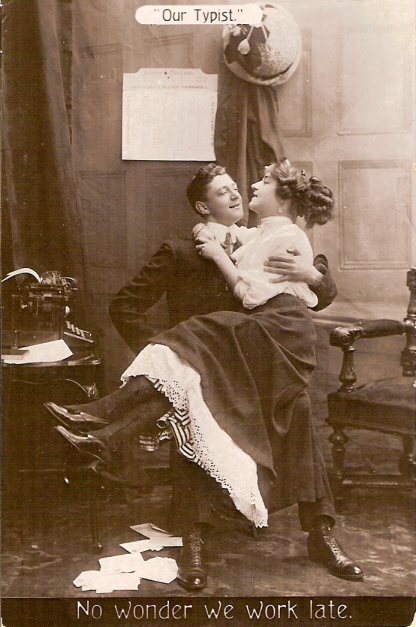 This is still a pretty lousy time in much of the world if you happen to like live music, movies, plays, or most other kinds of public entertainment. But here at Tales for Our Time the lights stay on – and, in the absence of alternatives, there’s never been a better time to prowl around our back catalogue.

Meantime, welcome to Part Twenty-One of our latest audio adventure: Jack London’s Burning Daylight. In tonight’s episode Daylight is befuddled yet again in the one area of life of which he has no grasp:

Into Daylight’s life came Dede Mason. She came rather imperceptibly. He had accepted her impersonally along with the office furnishing, the office boy, Morrison, the chief, confidential, and only clerk, and all the rest of the accessories of a superman’s gambling place of business. Had he been asked any time during the first months she was in his employ, he would have been unable to tell the color of her eyes. From the fact that she was a demiblonde, there resided dimly in his subconsciousness a conception that she was a brunette. Likewise he had an idea that she was not thin, while there was an absence in his mind of any idea that she was fat. As to how she dressed, he had no ideas at all. He had no trained eye in such matters, nor was he interested. He took it for granted, in the lack of any impression to the contrary, that she was dressed some how. He knew her as “Miss Mason,” and that was all, though he was aware that as a stenographer she seemed quick and accurate. This impression, however, was quite vague, for he had had no experience with other stenographers, and naturally believed that they were all quick and accurate.

As we shall discover, it is an unhurried romance – but it is kindled, on Daylight’s part, by Miss Mason, as a stenographer, knowing the difference between “I shall” and “I will”, to which Daylight, as King of the Klondike, has hitherto been oblivious.

Members of The Mark Steyn Club can hear Part Twenty-One of our tale simply by clicking here and logging-in. Earlier episodes can be found here.

We’ll be right back here tomorrow with Part Twenty-Two of Burning Daylight. If you’re minded to join us in The Mark Steyn Club, you’re more than welcome. You can find more information here. And, if you have a chum you think might enjoy Tales for Our Time (so far, we’ve covered Conan Doyle, H G Wells, P G Wodehouse, Dickens, Conrad, Kipling, Kafka, Gogol, Baroness Orczy, Victor Hugo, Louisa May Alcott, O Henry, John Buchan, Scott Fitzgerald and more), we have a special Gift Membership.

If the China Story Is True, Milley Has to Go