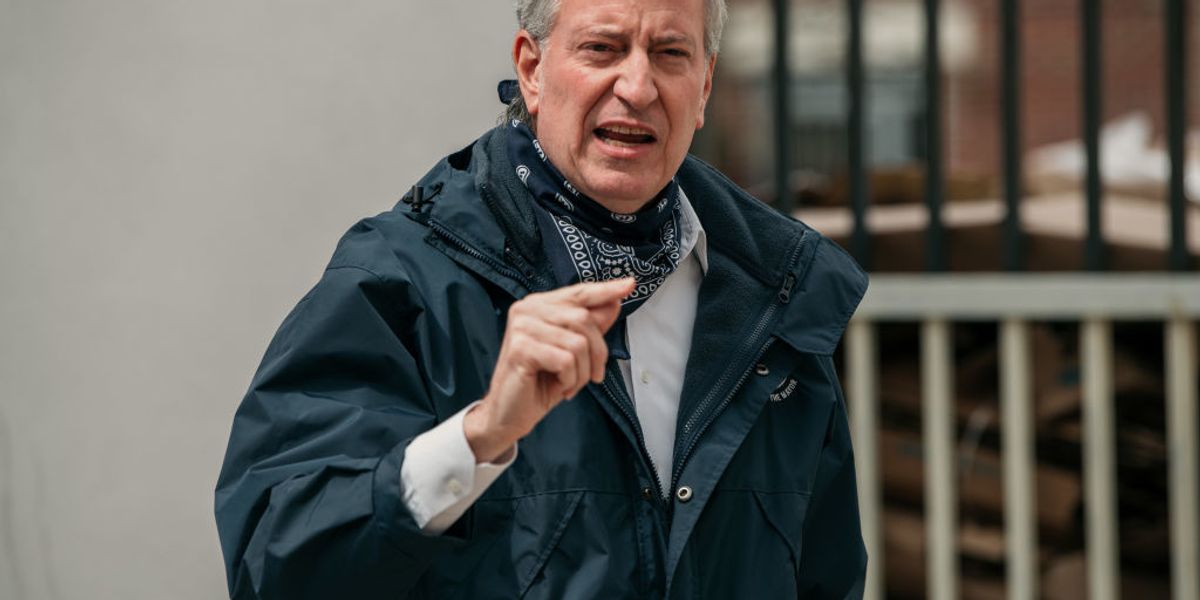 New York City Mayor Bill de Blasio is encouraging people to snitch on anyone who isn’t abiding by social distancing guidelines and report them to the police.

The Democratic mayor advised New Yorkers to take photos of anyone who was not keeping a distance of six feet away from others or any businesses that were violating the social distancing rules.

Mayor de Blasio released a video on Saturday that provided instructions on how people could tattle on their fellow New Yorkers.

“We still know there’s some people who need to get the message,” de Blasio said in the video posted on Twitter. “And that means sometimes making sure the enforcement is there to educate people and make clear we’ve got to have social distancing.”

Mayor de Blasio boasted it is “easier than ever” to rat out others.

The mayor told people to take a photo of any overcrowded situation and text the photo and the location of the picture to 311-692.

“Bang, send a photo like this, and we will make sure that enforcement comes right away,” the NYC mayor said.

On April 6, New York Gov. Andrew Cuomo announced that he was raising the maximum fines for violating the state-mandated social distancing rules from $500 to $1,000.

“You know the old expression about snitches? Well, in this case snitches get rewards,” Garcetti said. “We want to thank you for turning folks in and making sure we are all safe.”