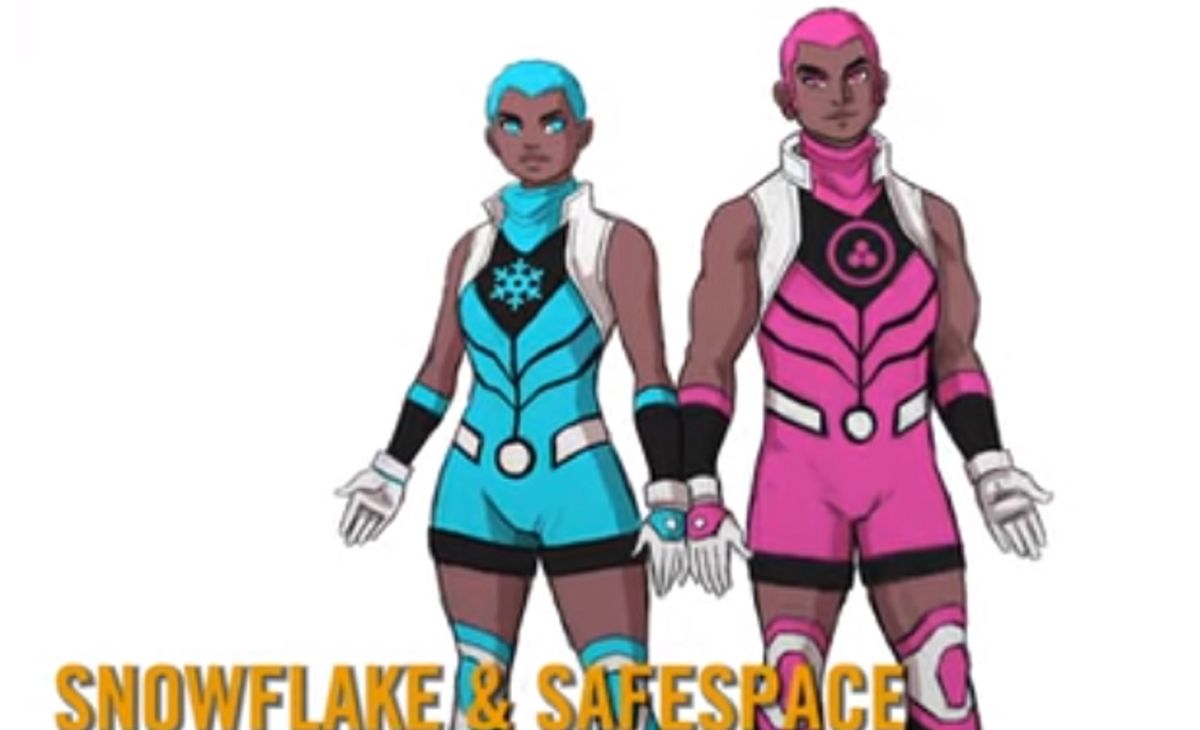 Marvel has rolled out some new superheroes for its upcoming New Warriors series, and one pair of characters in its lineup is generating a lot of buzz: a set of twins with the names Snowflake and Safespace.

The hashtag #SnowflakeandSafespace began trending on Twitter on Wednesday, a day after the comic giant unveiled the characters, as fans and observers alike speculated on the motivation behind the monikers once it became clear that the new heroes were not intended to be a joke.

Writer Daniel Kibblesmith explained in a YouTube video released Tuesday that Snowflake and Safespace were named such because “these are terms that get thrown around on the internet — that they don’t see as derogatory — to take those words and kind of wear them as badges of honor.”

Kibblesmith points out the “Snowflake is non-binary, and goes by they/them.”

Marvel took some heat from people on social media accusing the company of attempting to pander to certain groups. Some also suggested the labeling of African American characters with such names was offensive and tone deaf.

Comic site SuperHeroHype reported that the “relaunched New Warriors lineup spark[ed] fan backlash,” quoting several social media users who were less than impressed with the names of the twins. One tweeted, “Look, I’m sure everyone at Marvel has the best of intentions but by god read the room on naming two black [nonbinary] characters Snowflake and Safespace.”

Ian Miles Cheong, managing editor of Human Events, represented the views of several in the Twittersphere when he admitted, “I thought this was a parody at first.”