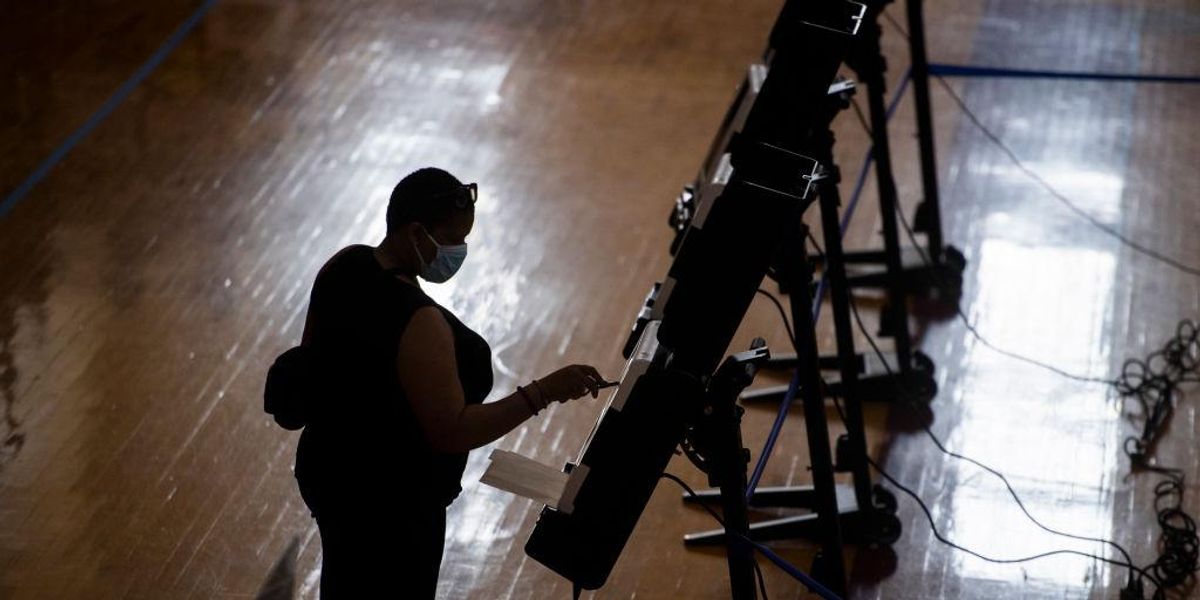 A northern Michigan county that encountered controversy regarding the 2020 general election has decided to hand-count every ballot in an upcoming primary instead of using machines from Dominion Voting Systems.

Antrim County commissioners voted unanimously to hand-count the votes of the upcoming May 4 primary. The commissioners rejected a proposal from county clerk Sheryl Guy to apportion $5,080 to hire consultants to prepare Dominion voting machines for the upcoming primary.

“If we use them, we have to delete them, which is contradictory to a court order,” commissioner Terry VanAlstine said before the vote, according to the Epoch Times. “We can’t delete the data that’s on the machines. If you use the current machines, they need to be swiped, they need to be cleared. And we can’t do that.”

“We are left with equipment not ‘certified for use’ as required by the Secretary of State,” Guy said.

In order for the voting equipment to be ready for the primary, it has to be tested for accuracy by April 29.

“Her plan to hire Alabama-based consulting firm Pro V & V to remove and secure the hard drives, replace them with new hard drives, and share contractual information with 13th Circuit Court Judge Kevin Elsenheimer, who is presiding over the case, was met with skepticism and open hostility by some officials and many residents,” the Traverse City Record-Eagle reported.

“If humans want to create a bias and favor certain candidates, they certainly have that ability with any of these machines,” Dale Eschenburg, who served as a volunteer poll auditor in December, said. “Dominion has no credibility in my view. Did you direct your staff to delete those images, or where you asked to do so by Dominion or our executive branch? At the end of the day we had integrity in our election, but it was after four tries to get the numbers right.”

The only options were to purchase new voting machines that would reportedly cost approximately $150,000, ask the court for permission to use the current machines, or hand-count the votes. The commission opted to hand-count the votes despite the process possibly be illegal in Michigan.

Antrim County officials are hopeful that the state will understand the extraneous circumstances.

“The state says we can’t. But let them come and tell us that we can’t, given our circumstance,” Ed Boettcher said. “We’re going to say we’re going to hand-count them and let the state tell us we can’t.”

“The ballots will be exactly as they are now,” Boettcher added. “We’re just going to count them manually instead of with the machine. But we want to make sure they’re going to certify it.”

In November, Guy conceded that her office — and not Dominion Voting Systems — was responsible for an “incomplete software update that mistakenly assigned about 2,000 votes cast for then-President Donald Trump, to then-Democratic presidential challenger Joe Biden.”

“Initial results in the Republican county showed a local victory for Joe Biden over Donald Trump. But it was attributed to human error, not any problems with voting machines, and corrected. A judge still took the extraordinary step of allowing forensic images of Dominion election equipment,” according to U.S. News & World Report.

“These errors were quickly discovered and rectified by the protective systems our state has built in to verify and protect election integrity and were further verified when a hand count was completed,” Michigan Sen. Ed McBroom (R) said in December.

William Bailey filed the lawsuit on Nov. 23, accusing the county of election fraud, a violation of the “purity of election clause,” and said his constitutional rights had been violated after a marijuana ordinance proposal passed by a single vote, the Traverse City Record-Eagle reported. A remote hearing is scheduled for March 22, according to court records.