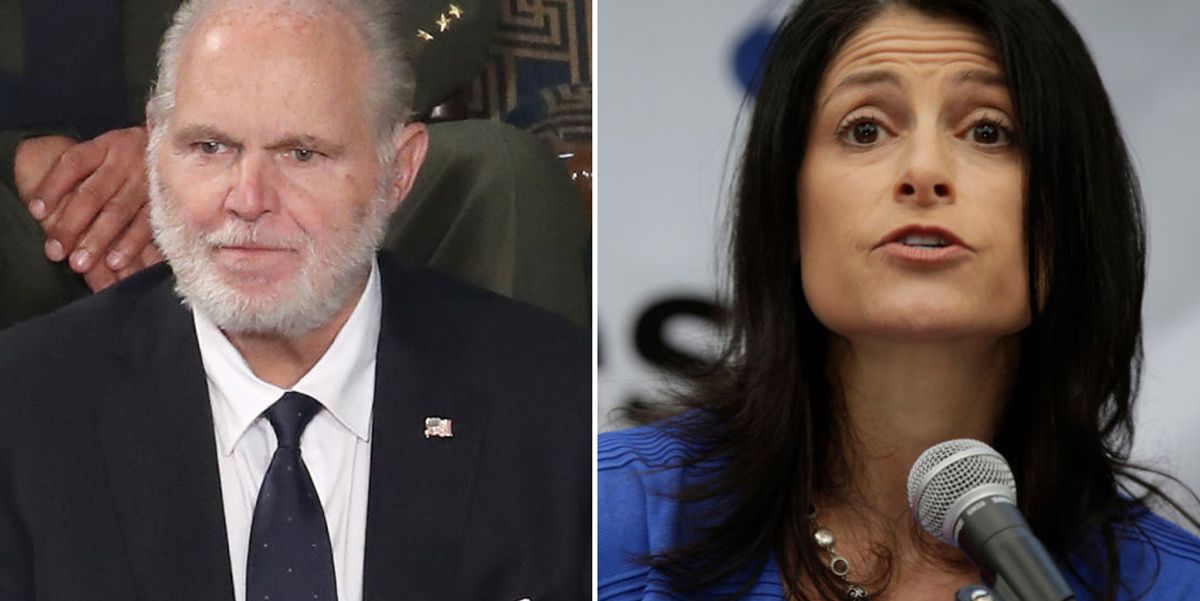 Michigan Attorney General Dana Nessel, who is married to a woman, took a shot at cancer-stricken Rush Limbaugh on Friday.

Nessel directed a message at the conservative radio host after Limbaugh made light of Democratic presidential contender Pete Buttigieg’s sexuality.

Limbaugh said of the former South Bend mayor on Wednesday:

America’s still not ready to elect a gay guy kissing his husband on the debate stage president.

There may be some Democrats who think that’s exactly what we need to do, Rush. Get a gay guy kissing his husband on stage, ram it down Trump’s throat, and beat him in the general election. Really. Having fun envisioning that.

In response, Nassel directed a picture of her kissing her “super hot wife” at Limbaugh.

“In honor of Valentines Day, here is an awkward picture of me making out with my super hot wife on election night. ⁦@PeteButtigieg⁩ is not going back in the closet, and neither am I. Happy VD to you too, Rush Limbaugh,” Nassel said.

She added the hashtag “#Loveislove.”

Limbaugh’s comments generated controversy on social media, but culminated with President Donald Trump revealing in an interview that he would vote for a gay person for president.