The app can give you data not only about how much time your kids spend in front of screens, but also specifically tell you whether they’re using Windows PCs, Android or Xbox. You can set limits on viewing times and steer them away from web content that might not be age appropriate. 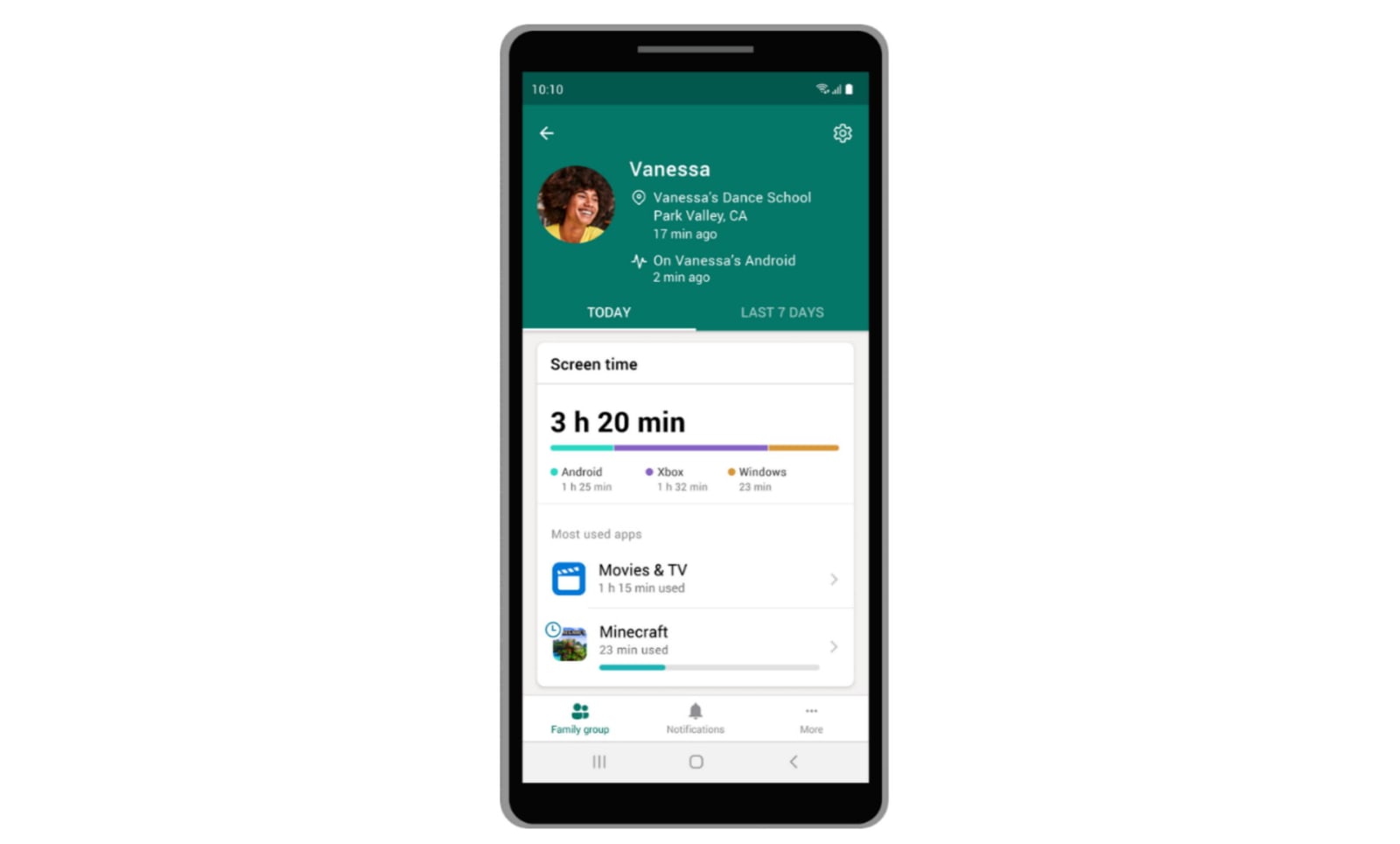 The app also works in real life with location sharing, letting you see when a family member arrives or leaves from locations like home, school and work. It can even produce driving reports so you can make sure any young drivers in the family are developing good habits, while keeping that info private. “We don’t share your information with third parties, such as insurance companies,” Microsoft wrote.

As we noted in our roundup last year, other apps like Google Family Link, Screen Time on iOS and other apps have been around for a while now. However, Microsoft’s app looks handy if you you have a 365 subscription. Family Safety will arrive with Microsoft 365 for Android and iOS users, and Microsoft said that it’s “starting a limited preview of the app… in the coming months.”