DIXVILLE NOTCH, N.H. (Reuters) – As they have for six decades, the residents of the mountain hamlet of Dixville Notch cast the first ballots in the New Hampshire primary just after midnight on Tuesday, picking former New York City Michael Bloomberg as their choice for Democratic nominee.

The ritual gives a candidate brief bragging rights, as state law doesn’t require polls to even open until 11 a.m. ET (1600 GMT). But the results from Dixville – just 5 ballots this year – is a tiny number in the context of the full state Democratic primary, which drew almost 250,000 voters in 2016.

The traditional gathering in the northern White Mountains near the Canadian border does have a decent track record, having predicted the winner of two-thirds of the contested major-party primaries over its history.

Voters marked their ballots in booths draped with American flags in the main room of the Hale House.

Built more than a century ago on the grounds of the Balsams Resort, the retreat is still cozy with its wood floors, beam ceilings and stone fireplace.

After the ballots were deposited in a wooden box with a padlock, the votes were counted and the results written on a white piece of plywood. Journalists from around the world crammed into the room to record the event.

Unlike the chaotic and delayed results at last week’s Iowa Caucus, the ballots cast were counted by hand without any technical glitches.

Bloomberg received three of the five votes that were cast after the stroke of midnight. He was not on the ballot, but his name was written in. Dixville takes advantage of a state law that allows polls to close early if all eligible residents have cast ballots.

Les Otten, a registered Republican, said he voted for Bloomberg because he is a moderate and his agenda addresses climate change and the ballooning federal budget deficit. “It’s hard to be an outlier,” Otten said. “But I did what I had to do.” 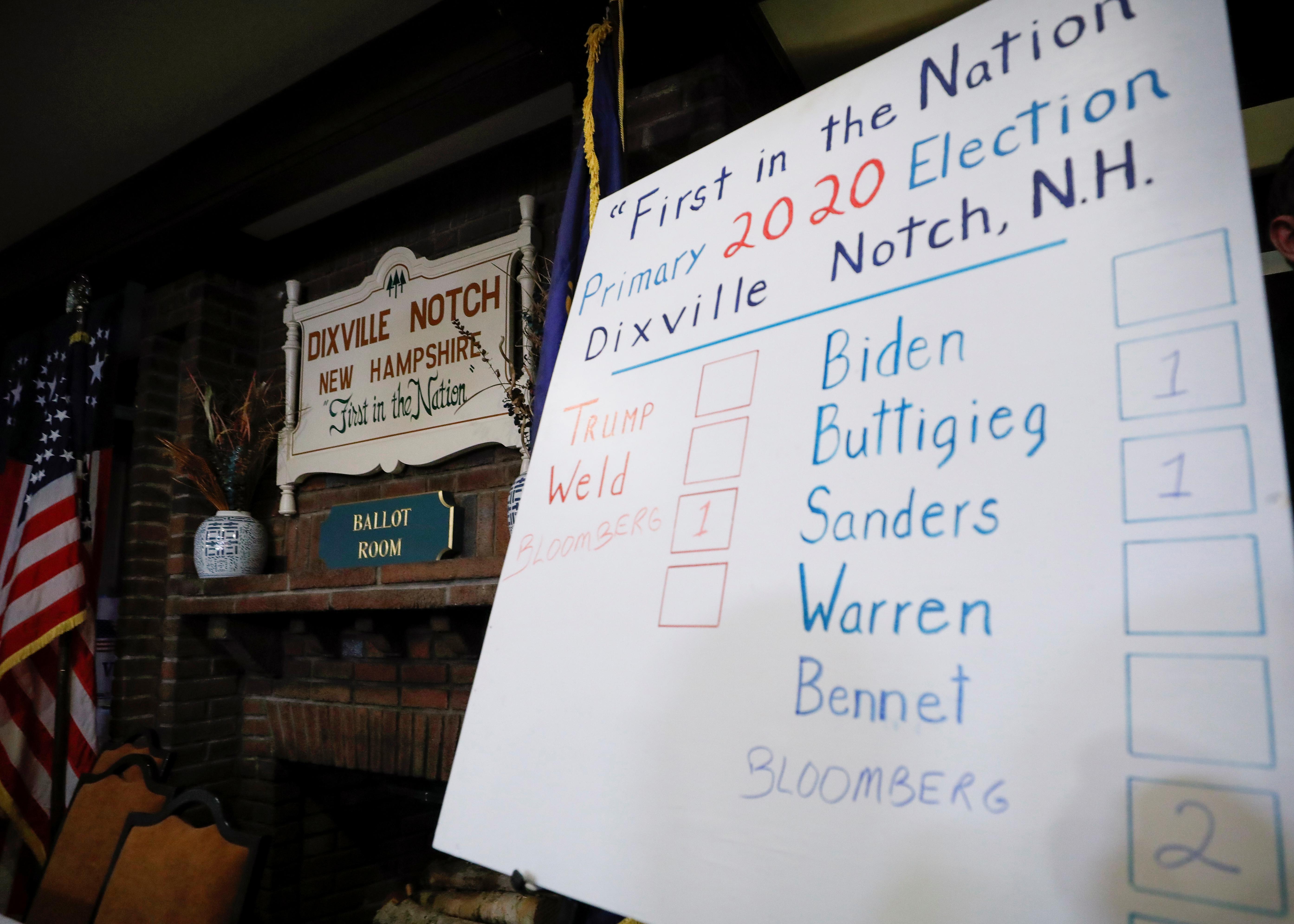 Critics of Iowa and New Hampshire’s long role of kicking off presidential campaigns have contended that the small, rural and largely white states poorly represent the diversity of the nation.

Supporters argue the states’ small populations are an advantage in that they force candidates to spend time interacting with voters in person before their campaigns move on to more populous states where television and internet advertising is their main focus.

“The candidates and their parties understand how it works,” said Andy Smith, director of the University of New Hampshire Survey Center. “Until candidates quit coming to New Hampshire and Iowa, they will be continue to be the first presidential” nominating contests.