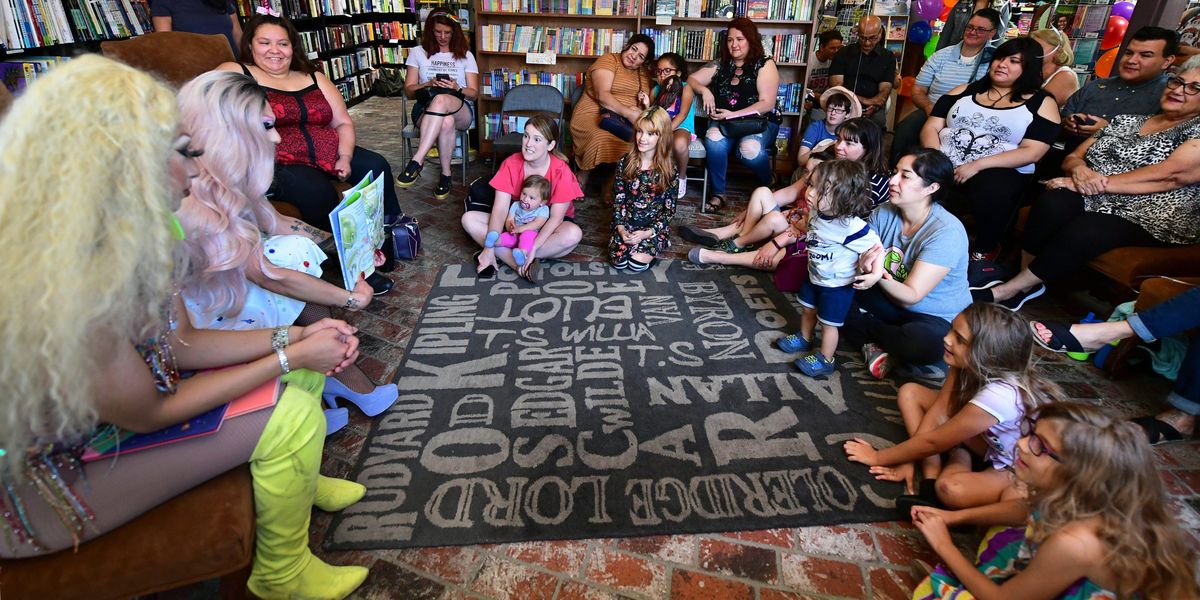 A Bloomington, Minnesota, Pride event will no longer feature what one woman says is an “incest fetish pornographer Satan worshipper” who was set to entertain children of all ages at a “Drag Queen Story Hour” performance.

The city’s Saturday Pride event is set to feature performances from “several drag queens,” Alpha News reported, but will no longer include a “story hour and show” with “queen” Martina Marraccino following backlash.

Concerned area resident Becky Strohmeier, who runs the area’s Bloomington Patriots group, told the outlet that the performer’s social media pages are rife with “gay pornography,” and claimed that he commented on a critical group posting about his forthcoming appearance, condemning parents in the thread.

“This is childish and I’m not bothered,” he reportedly wrote. “Your children crave love and acceptance, you seem to only have room for hate. That’s sad for them, and for you. Jesus would be ashamed of you.”

Strohmeier told the outlet that he has shared “dozens” of pornographic videos to an X-rated video hosting site with words like “incest” and “brother” purportedly appearing in the titles of the disturbing videos.

The outlet reported that Strohmeier and the group reached out to local elected officials to voice their feelings about the performer’s appearance.

Hennepin County Commissioner Marion Greene responded and said that she knows him and can “attest to the fact that he ‘in no way promotes Satanism and/or sex with minors,” even though the performer’s social media pages apparently contain posts professing support for Satanism.

She added, “This man posts videos of himself having sex with ‘younger brother’ on the internet. He has incest fantasies. That’s illegal in the state of Minnesota. It’s absolutely disgraceful that nobody did their due diligence on this.”

Cinematographer and photojournalist user Rebecca Brannon tweeted about the news and wrote, “The City of Bloomington is hosting an incest fetish pornographer, satan worshipper to perform a drag queen story hour & show for ‘all ages’ August 14th. Martina Marraccino also goes by Adam Divine and has uploaded dozens of videos to XTube w/ words like ‘incest’ & ‘brother.’ Residents and citizens are concerned with the choice of entertainment chosen for the Pride event. ‘He has sex with young boys and then dresses up as a woman to entertain children. I’ve never seen such an obvious case of grooming.'”

Residents and citizens are concerned with the choice of entertainment chosen for the Pride event. “He has sex with… https://t.co/YanW5MSHkN

Alpha News earlier this week reported that Bloomington officials ultimately ended up pulling Marraccino from participating in the event.

Following the backlash, Bloomington City Manager Jamie Verbrugge announced they would “not have that individual among the performers at the Pride event.”

“The city became aware of allegations this past Monday that one of the performers booked for the Pride event has a social media presence that includes explicit material,” Verbrugge said in a statement on the decision. “The city took time to independently verify that the allegation was factual.”

Bloomington Mayor Tim Busse added, “I’m disappointed this happened. It was an entirely avoidable error that put Bloomington in a bad light, and it distracted attention away from the goal of hosting a fun, inclusive, and welcoming community event.”

I’m disappointed this happened. It was an entirely avoidable error that put Bloomington in a bad light, and it dist… https://t.co/uXInxT3Hng