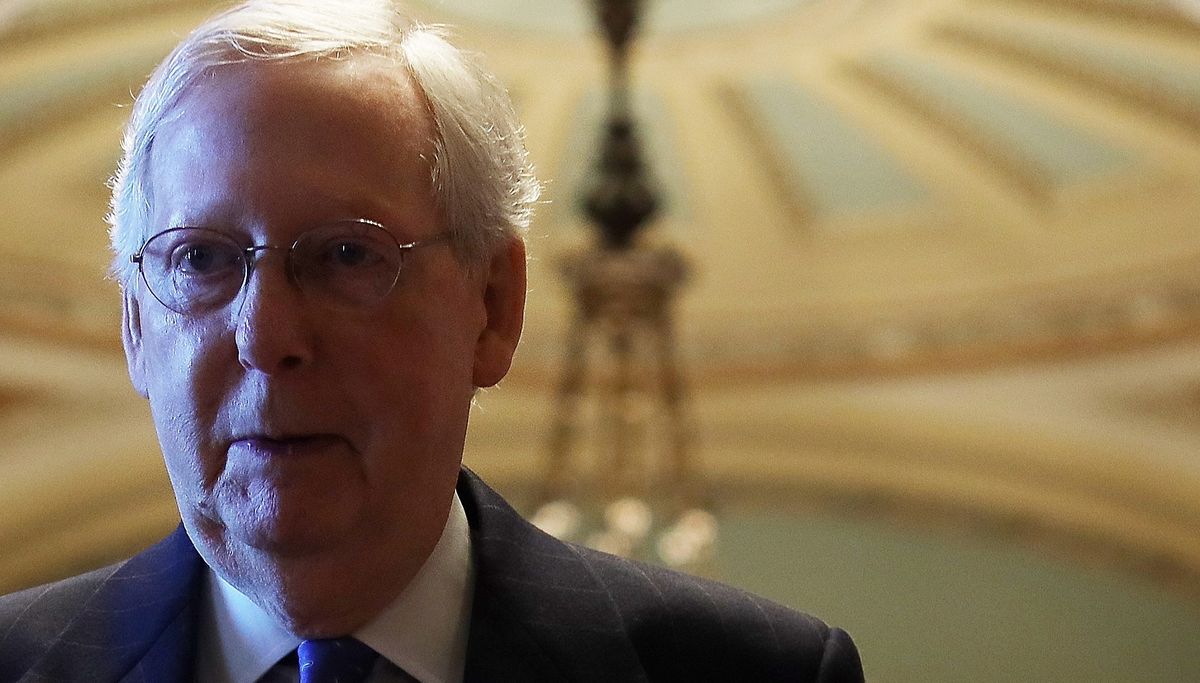 The Associated Press reported Monday that the trial rules and schedule set forth by McConnell indicates the Republican leader is proposing a “swift” impeachment trial” in the Senate.

Under McConnell’s resolution, opening arguments would begin Wednesday, and then the prosecution and defense would each be granted 24 hours to present their respective cases.

After that, 16 hours will be allotted for senators to question both sides, and then another 4 hours will be set aside for lawmakers to debate.

Citing unnamed GOP officials, The Washington Post reported that the Senate trial “won’t automatically admit evidence from the House process,” and pointed out that “though the material will be printed and made available to senators, it won’t be automatically admissible unless a majority of senators approve it.”

NBC News noted that McConnell’s resolution “makes no mention of a motion to dismiss the case, though it leaves the door open for motions to be made by Wednesday morning.”

The upper chamber will vote on McConnell’s resolution on Tuesday.

Schumer argued that the rules proposed by McConnell were “dramatically” different than the Senate rules during the impeachment of President Bill Clinton, and accused the senate majority leader of being “hell-bent on making it much more difficult to get witnesses and documents and intent on rushing the trial through.”

House Speaker Nancy Pelosi (D-Calif.) delayed sending the two articles of impeachment over the Senate for weeks after they were passed, arguing that she was waiting for “fair” rules from McConnell.

Politico reported that Pelosi and Schumer had “called on McConnell to agree ahead of time to call witnesses and request documents related to” the House impeachment probe.

McConnell rejected their requests, and made his feelings clear in a Senate floor speech where he declared: “The Speaker of the House is not going to handwrite new rules for the Senate. It’s not going to happen.”