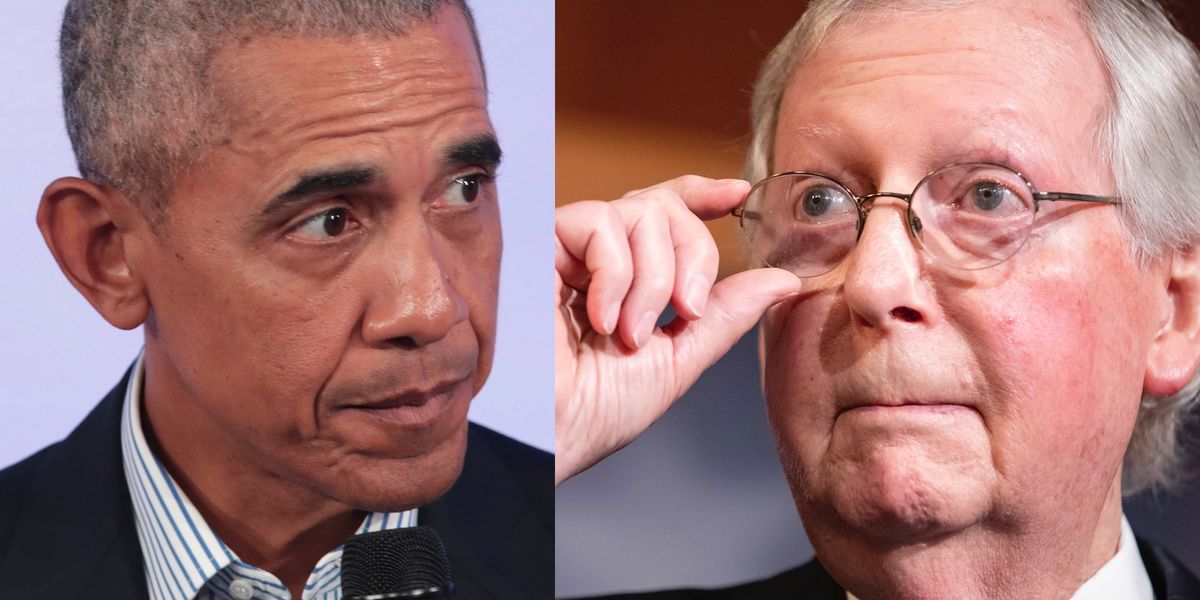 He said that Obama acted “classless” when ignoring the tradition set by the two Bush presidents in not critiquing an administration that follows upon their exiting the White House.

“Generally former presidents just don’t do that. I remember that President George W. Bush and his father, went right through eight years of Democratic administrations after they left office and kept their mouths shut, because they didn’t feel it was appropriate for former presidents to even critique a president of another party,” he said.

“So I think President Obama should have kept his mouth shut,” McConnell continued.

“We know he doesn’t like much this administation is doing, that’s understandable. But I think it’s a little bit classless frankly, to critique an administration that comes after you,” he added.

“You had your shot, you were there for eight years,” McConnell concluded, “I think the tradition that the Bushes set up of not critiquing the president comes after you is a good tradition.”

Democrats have criticized the president for not doing enough early at the beginning of the pandemic, but Trump has relied on his decision to restrict travel from China to argue that he was unfairly criticized by his enemies.

Here’s the video of McConnell’s comments: