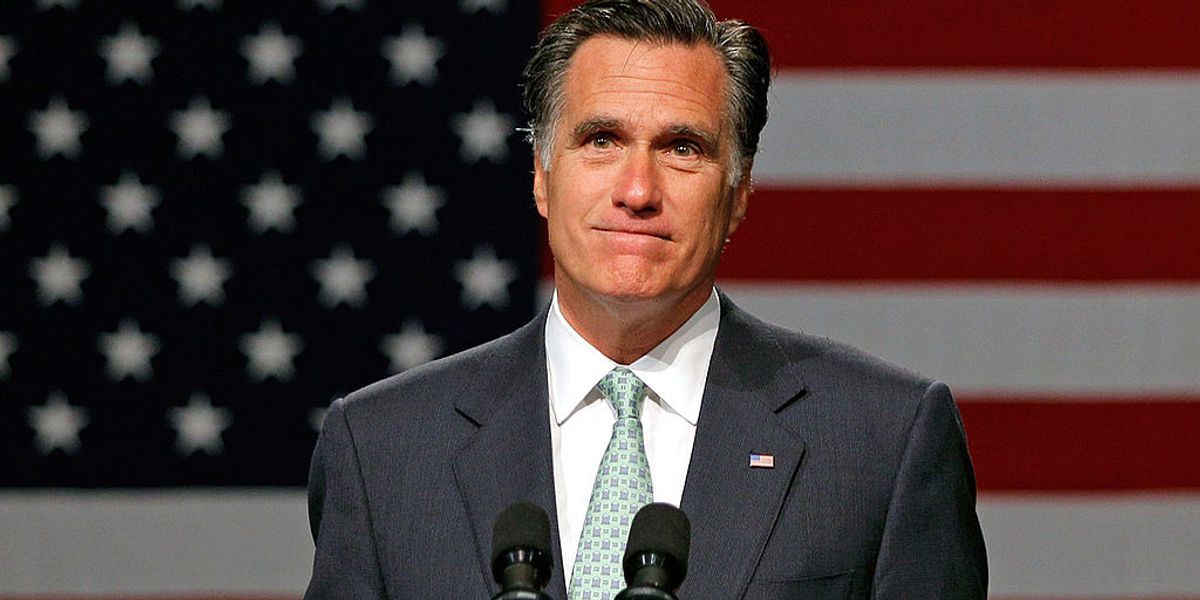 Sen. Mitt Romney (R-Utah) said Sunday that Americans should “get behind” Democrat Joe Biden as the winner of the election.

Although President Donald Trump has not yet conceded — and vowed to continue challenging the outcome of the election in the court system — the media declared Biden the president-elect shortly before noon Saturday as it became more clear that Biden would win Pennsylvania.

What did Romney say about Biden?

Speaking on CNN’s “State of the Union,” the Utah Republican said Americans should “get behind” Biden as their new president because the “statisticians have come to a conclusion.”

Meanwhile, Romney vowed to continue to fight for conservative causes, but said Senate Republicans have a “responsibility” to work with Biden as president.

But, according to Romney, the election proved cooperation is good news for Republicans because Democrats will have to do the lion’s share of compromise.

“The American people are more conservative than they are progressive,” Romney added.

What did Romney say about Trump?

When asked by show host Jake Tapper whether it concerns him that Trump and his team are “out there saying that he won and lying about the integrity of the election,” Romney suggested Trump’s reaction to the election should not be surprising.

“You’re not going to change the nature of President Trump in these last days, apparently, of his presidency. He is who he is,” Romney said. “And he has a relatively relaxed relationship with the truth.”

“And so he’s going to keep on fighting until the very end,” Romney continued. “But I’m convinced that, once all remedies have been exhausted, if those are exhausted in a way that’s not favorable to him, he will accept the inevitable. But don’t expect him to go quietly in the night. That’s not how he operates.”

However, Romney admitted that he understands “why the president wants to keep on fighting,” but said he has not seen evidence of wide-scale voter fraud.

I do believe, however, that it’s destructive to the cause of democracy to suggest widespread fraud or corruption. There’s just no evidence of that at this stage. And I think it’s important for us to recognize that the world is watching. And I think, by the way, for all of us, whether we’re in the Senate or the governor’s homes, or whether the president himself, you think of the line from “Hamilton.” History has its eyes on you.

And I think, in a setting like this, it’s important to think about what the world is seeing, what history will see. It’s important, I believe, for us to stand up and defend the institutions of democracy. It’s essential for our democracy and our republic that these institutions are given credibility.And we will follow the normal course in an election, doing recounts, investigating irregularities. And, when it’s over, it’ll be over.

In the end, when Trump has exhausted his legal remedies, Romney said “the president doesn’t have a choice.”

“So, I would prefer to see the world watching a more graceful departure, but that’s just not in the nature of the man,” he added.