A bill to send monthly stimulus payments for the duration of the economic crisis, proposed by Representative Tim Ryan (D-Ohio) and Representative Ro Khanna (D-Calif.), is gradually gaining cosponsors, but it still needs more widespread support to pass and has garnered some Republican critics as well. 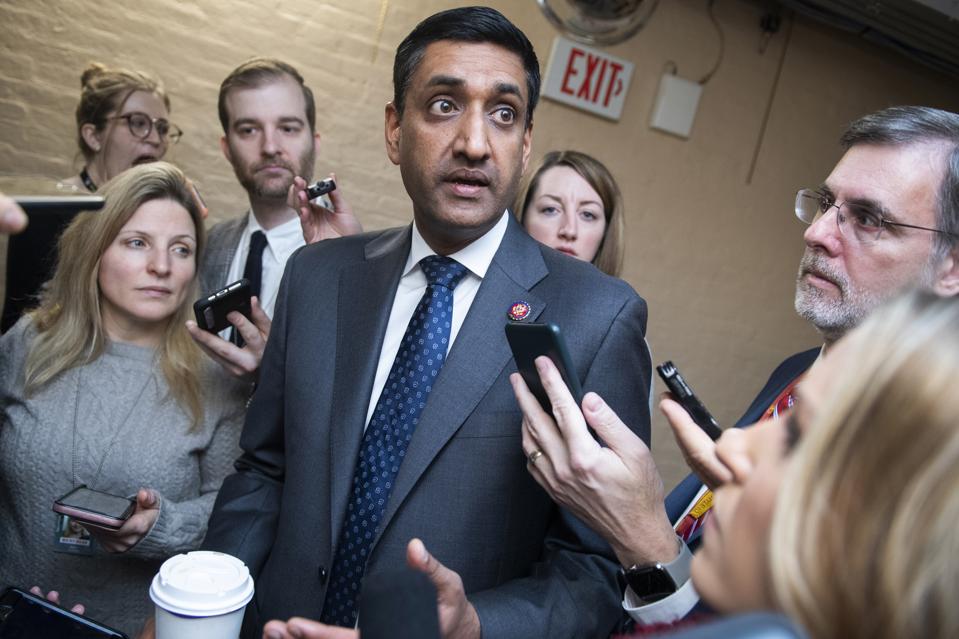 Representative Ro Khanna (D-Calif.) speaks with reporters after a meeting of the House Democratic … [+] Caucus in the Capitol on Wednesday, January 8, 2020.

The payments would cover a period of 12 months, which would be cut to 6 if the unemployment rate reaches a certain threshold, with the option for payments to be made by check, direct deposit or prepaid debit card.

The bill initially had 18 cosponsors when it was introduced in April, then grew to 28 later that month, and on Friday it gained an additional 8.

“If we want to get through this crisis, we have to prioritize direct financial relief,” declared Representative Carolyn Maloney (D-N.Y.), one of the bill’s new cosponsors, on Sunday.

The bill has been supported by a fierce movement online, driven in large part by supporters of former presidential candidate Andrew Yang, who proposed a similar policy in universal basic income.

An analysis by Forbes contributor Ryan Guina found that the bill could cost as much as $4.5 trillion.

Three Republicans, Representatives Greg Steube (R-Fla.), Ross Spano (R-Fla.), and Jim Banks (R-Ind.) told Forbes they are not supporting the bill. Spano called the bill “nothing more than another item on the Democrats’ wish list to expand the welfare state,” and said it has “zero chance of becoming law,” while Banks called it “an untested policy that’s likely to increase unemployment.” No Republicans have said they support the bill, although a spokesman for Ryan told Forbes they are “hopeful of gaining Republican support.”

The bill comes at a time when the economic downturn in America, spurred by the coronavirus pandemic, is growing increasingly dire. On Friday the Department of Labor reported that the US lost 20.5 million jobs in April, bringing the unemployment rate to 14.7%, the highest since the Great Depression. Congress has responded by passing a series of relief bills, the first of which sent a single stimulus check. Later relief bills have not included extended stimulus check programs, and the Trump administration has said there will be no new stimulus checks.

20% Kevin Hassett, a senior economic advisor in the Trump administration, said on Sunday that the unemployment rate could reach “north of 20” by June.