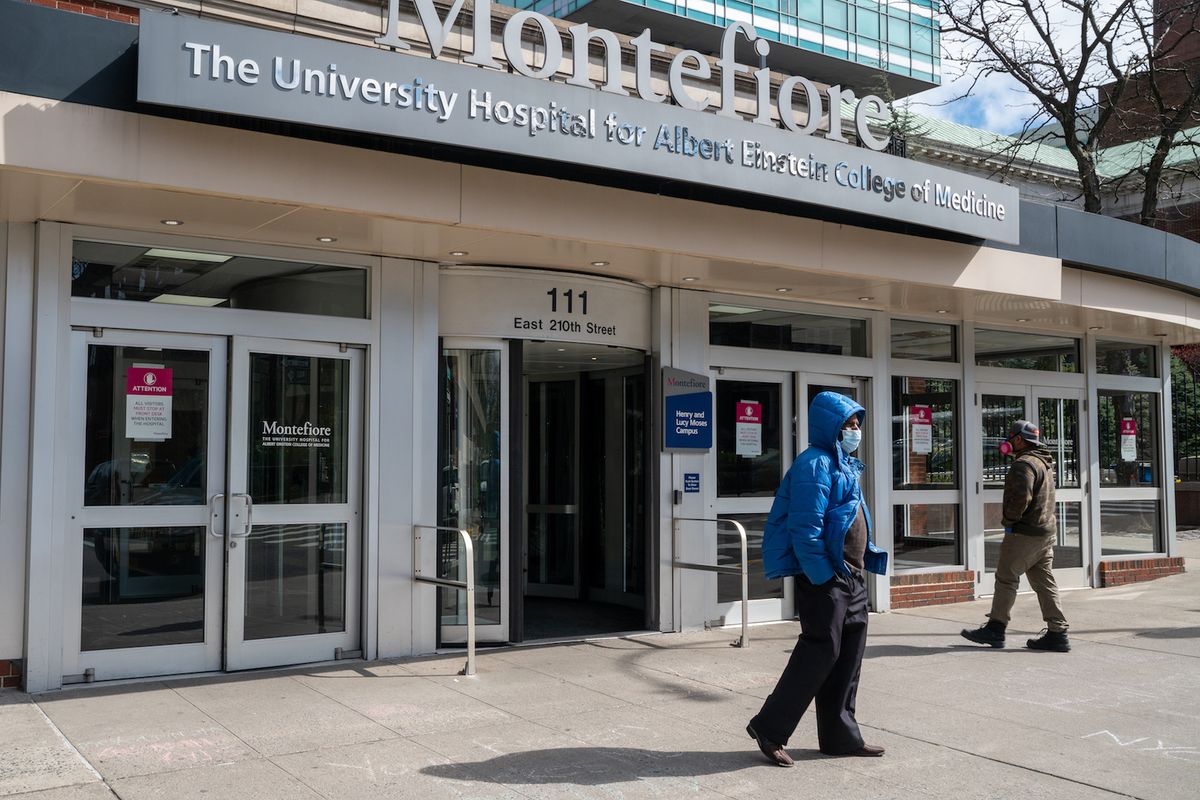 A New York woman died during childbirth last month, and her husband said she tried to get treatment for the condition that killed her, but couldn’t because of coronavirus restrictions in hospitals, according to People magazine.

Amber Rose Isaac, 26, died on April 21 when her heart stopped shortly after giving birth to her son, Elias. The child’s father, Bruce McIntyre, called the death “100% preventable” if she had been able to get an in-person appointment in the months leading up to her death.

Isaac began noticing her platelet levels decreasing beginning in February, McIntyre said, but she couldn’t get an in-person appointment despite being seven months pregnant. Her regular check-ups were handled virtually, with her filling out a questionnaire and checking her blood pressure.

New York City has been the city hardest hit by the coronavirus in the U.S. Attempts to slow the spread of COVID-19, combined with efforts to preserve hospital capacity resulted in many people being unable to get in-person appointments for potentially serious conditions.

She was finally admitted to Montefiore Hospital in The Bronx in mid-April after her condition got worse. That same day, April 17, Isaac posted her final tweet — a criticism of how she was treated by the hospital.

“Can’t wait to write a tell all about my experience during my last two trimesters dealing with incompetent doctors at Montefiore,” she wrote.

Doctors induced labor three days later, more than a month ahead of her expected due date, because she had been diagnosed with HELLP Syndrome. HELLP is described by WebMD as a condition that “causes problems with your blood, liver, and blood pressure. If left untreated, these issues can hurt you and your baby.”

Isaac died alone because her family was not allowed in the room for the emergency C-section due to coronavirus precautions. Her condition is something people rarely die from, especially when they’re able to notice the issue and be treated early.

“It’s definitely not something that people in the United States generally die from,” said Dr. Joia Crear-Perry, founder and president of the National Birth Equity Collaborative, according to The Guardian. “If you are a person who has been receiving prenatal care and people are aware that you have something going on, it’s not a surprise, you’re able to manage it with treatment.”

A GoFundMe page has been set up in Isaac’s honor to cover the costs of her funeral service and to help McIntyre with raising his newborn son.

“It’s very hard being in this home and imagining her here with us,” McIntyre told The Guardian. “She never got to even meet him. She never got to see him. And she was just so thrilled about having him.”