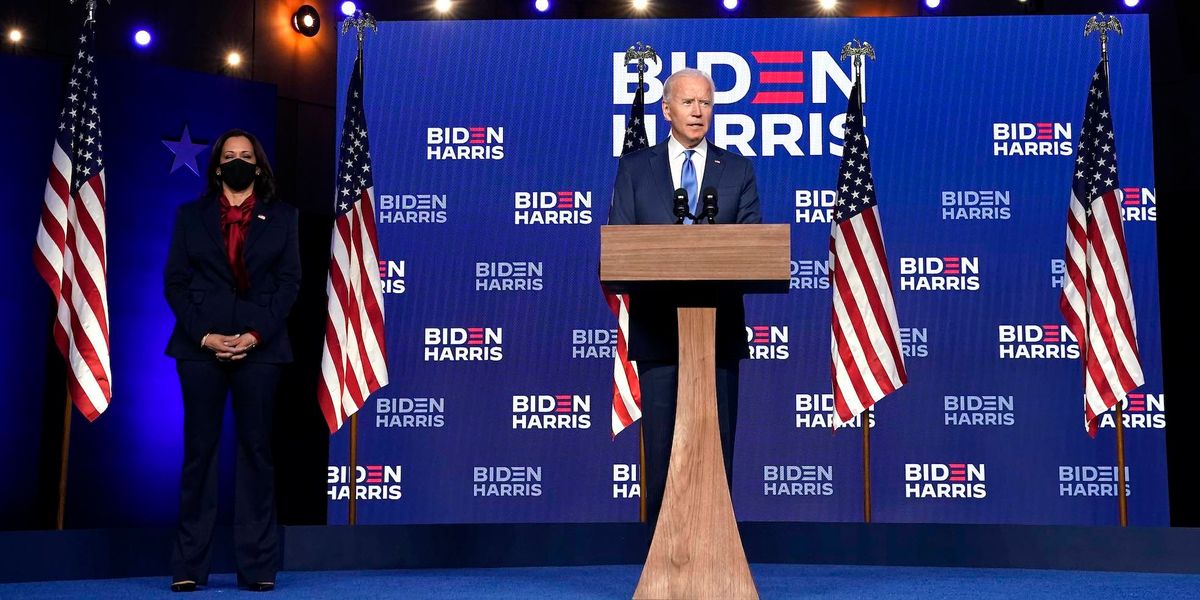 As the counting neared conclusion in Pennsylvania on Saturday, multiple outlets called the Keystone State for former Vice President and Democratic nominee Joe Biden, pushing him over the threshold for 270 electoral votes, according to media estimates.

BREAKING: NBC News projects that Joe Biden has been elected as President of the United States.… https://t.co/8lj7Jlrsn6

BREAKING: JOE BIDEN WINS Joe Biden will be the 46th president of the United States, CNN projects, after a victory… https://t.co/cvTQpLwDv2

At the end of the final initial canvass of votes, Biden held a lead over Trump in the Keystone State of 34,414 votes, with a total of 3,345,724 votes for Biden to 3,311,310 votes for Trump. There remain an additional estimated 76,000 potential votes outstanding; however, these ballots would not be sufficient to overcome Biden’s lead in the state.

President Trump said, shortly after the announcement, that Biden is “rushing to falsely pose as the winner” and called the race “far from over.”

The Trump campaign has promised legal challenges in Pennsylvania, and according to a statement from the campaign, quoted by CNN, those fights will begin Monday.

“Beginning Monday, our campaign will start prosecuting our case in court to ensure election laws are fully upheld and the rightful winner is seated,” the campaign said.

The campaign has also promised challenges in both Michigan and Wisconsin, which Trump initially led in the early stages of counting. However, as early and mail-in votes began to be counted, Biden ultimately overtook Trump by narrow margins in both states.

Fox News’ John Roberts reported shortly after the Biden victory projection that President Trump has no plans to concede.

He also reported that Team Trump is “beefing up” its legal team to fight the ballot battles going forward and is reportedly talking to former Attorney General Michael Mukasey. The campaign intends to “fight tooth and nail” to exclude questionable ballots, Roberts said.

At the time of publication of this article, a final winner had not yet been declared in the swing states of Georgia, North Carolina, Arizona, and Nevada; however, even if Trump wins all those contests, Biden will still have the requisite number of votes to obtain the presidency, if the media calls for the current contest are correct.

The final winner, of course, will not be declared until the Electoral College actually votes in December.

This is a breaking story and will be updated.