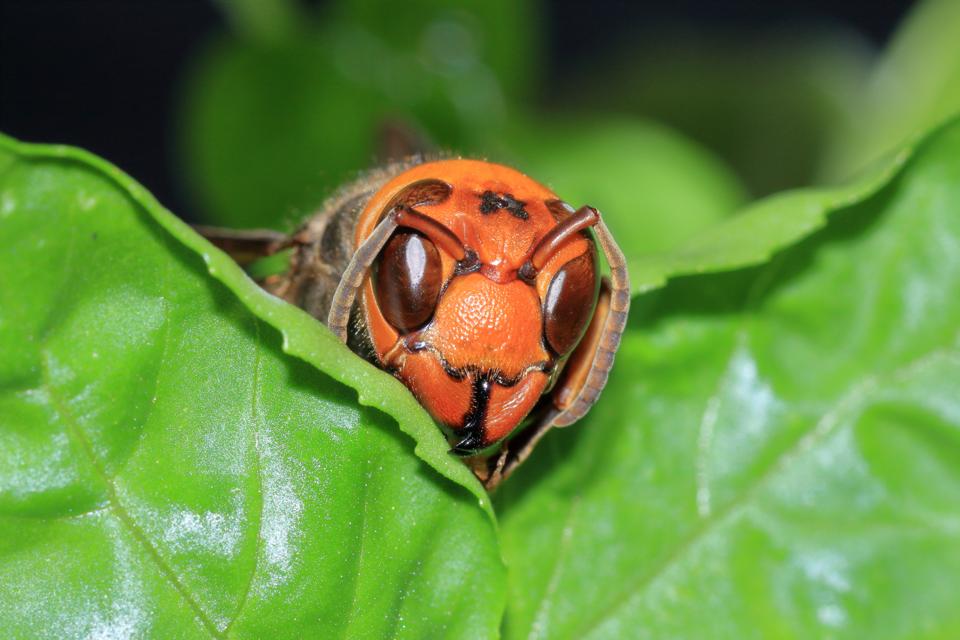 The murder hornet has arrived in the U.S. for the first time. Oh joy. (Photo: Getty)

OK. The word murder is rarely a happy-go-lucky word, except in perhaps “murder mystery dinner party.” So when news broke over the weekend that “murder hornets” have been spotted in the U.S. for the first time, it caused quite a buzz. Not a good buzz as in what comes with some wine or a new BTS song. But more of a “what-else-can-go-wrong-in-2020-while-the-COVID-19-coronavirus-is-still-spreading-and-who-the-heck-keeps-buying-up-all-the-toilet-paper” buzz. Here’s just a sample of the response on Twitter:

In his tweet, actor Patton Oswalt went from bad to worse. Sure a fecal blizzard would be a (enter your favorite curse word for poop here) storm. But a Cats sequel like Cats: Endgame? That could be disastrous. As you can see, Oswalt referenced an article by Mike Baker in the May 2 edition of the New York Times, which is what generated the social media buzz this weekend and not the actual initial arrival of the hornets. This is actually slightly old news as a few of these hornets had been spotted in the northwest corner of Washington State this past fall. Perhaps the hornets could use some better public relations agents.

Having “murder” in your name certainly isn’t going to help your public face. It’s certainly worse than “nudge hornet” or the “would you like some pumpkin spice with that latte hornet.” It isn’t clear who did the negotiating for the hornets as this tweet asked:

Nevertheless, the hornets have earned their nickname. These hornets, which are the largest hornet species in the world, potentially growing to over two inches long, can be extremely aggressive. Just look at how they decapitate bees in mid-air in this BBC Earth Unplugged video:

Yep, the “Bee Afraid” headline in the video is right. Flying the “headless bee bodies back to their own nests to feed their own young,” is pretty darn gruesome.

These murder hornets are otherwise known as Asian Giant Hornets (no, Asian Americans have nothing to do with them), Vespa mandarinia, or yak-killer hornets.

Before you start equating the murder hornet threat with the COVID-19 coronavirus, don’t. The two are not comparable. The murder hornet is much, much, much less of an immediate threat to human life. The murder hornets are not big enough to decapitate humans, thank goodness. Instead, human deaths could occur via a sting that carries a venom, called mandarotoxin, which is a neurotoxin. It usually takes multiple stings to deliver a lethal dose for humans. However, if you are allergic to the venom, your risk of death can go much higher.

With the exception of those unlucky enough to get stung by them, the murder hornets are probably not an immediate threat to human health in 2020. Currently, there aren’t enough of these hornets around the U.S.. And they don’t seem to seek out humans to sting them like in some horror movie. Each year in Japan, several dozen people die from the hornet stings. That’s not insignificant but it certainly isn’t over 66,000, which is how many in the U.S. the COVID-19 coronavirus has killed already in just a few months. While you should stay as far away from these hornets as you can, you don’t have to clutch your blanket muttering “murder hornets, murder hornets” repeatedly.

The bigger concern is what these murder hornets will eventually do to the bee population in the U.S. As the U.S. Department of Agriculture (USDA) website explains, “pollinators, most often honey bees, are responsible for one in every three bites of food we take, and increase our nation’s crop values each year by more than $15 billion. However, honey bees have been in serious decline for more than three decades in the United States.” Having new Jack-the-head-rippers around certainly isn’t going to help this situation. Thus, the invasion of these hornets poses a longer-term threat to human health. If such hornets were to take hold in the U.S., it could eventually dramatically change the available plants and food here.

The key then is to stop the spread of these hornets and get rid of them and their nests before they reproduce and spread enough to the point that they can no longer be eliminated from this country. Therefore, speedy decisive action is required to make sure that this doesn’t become a broader, more difficult to deal with threat. Otherwise, lack of action today could take their toll on human health and many other things in the future. Sound familiar?