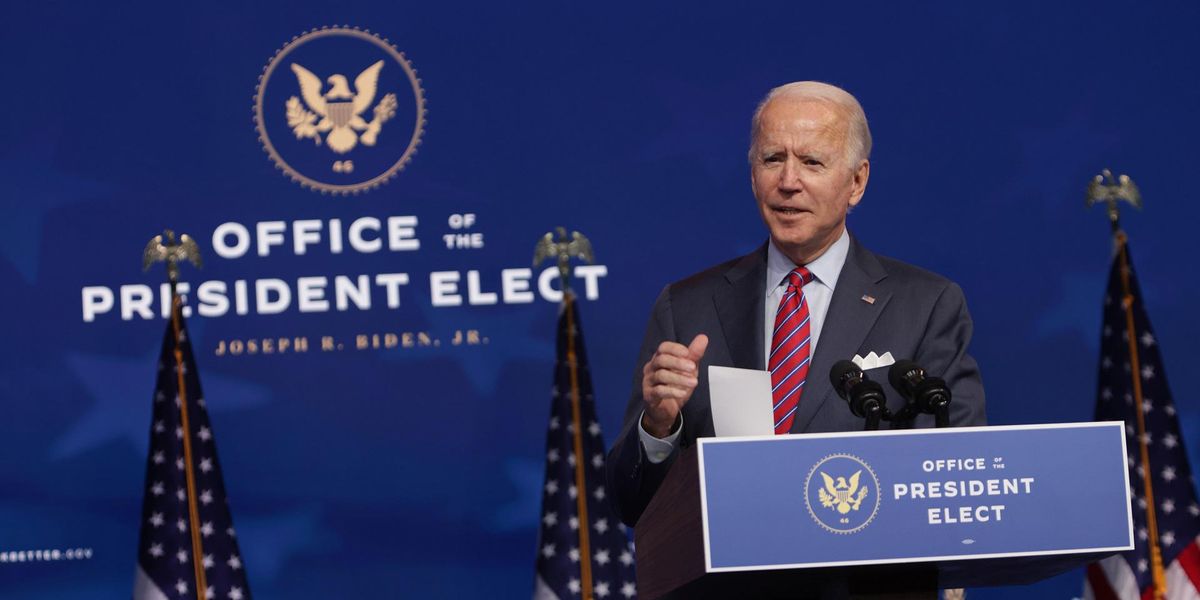 Derrick Johnson, president of the NAACP, is pressing Democratic presidential nominee Joe Biden to create a new position in the White House that would serve as a national adviser on racial justice issues.

On Tuesday, Johnson and several other civil rights leaders including Rev. Al Sharpton met with Biden in Delaware. Ahead of the meeting, Johnson told The New York Times Biden should appoint a czar in his administration who would be solely focused on civil rights.

“He appointed John Kerry to be the climate enjoy, reporting directly to him,” Johnson reasoned, saying, “We believe a national adviser on racial justice should be something equivalent.”

Johnson explained to CBSN the next day, “The president-elect said racial equity will be a part of his administration. We appreciate that. Now our question is, how do we ensure a successful outcome? The racial equity adviser to the president could hold the portfolio and oversee the process.”

The NAACP president told MSNBC’s Stephanie Ruhle that the top priority he has for the Biden administration is to focus on inclusion, and assure that black and Latino people are represented equitably.

“First of all, germinating straight from the West Wing, his office, the priorities that racial inclusion would be first and foremost across all agencies,” Johnson said of Biden. “That tone must be set from his office, from him.”

He continued, “If you look at corporations that have tackled this question, you would notice that diversity and inclusion officers report directly to the president and CEO of those companies. And those are the companies that are most successful at beginning to remedy the problem of racial division.”

Johnson said that simply appointing people of color in positions of leadership may not be enough, adding, “We celebrate very competent, capable individuals to head up agencies, but we have also seen in the past just because and African American or a Latino serve in an agency, if the priorities are not set from the commander in chief, we may not get what we need out of that individual.”

Talking with @MSNBC’s @RuhleOnMSNBC about diversity, racial equity, and the @NAACP’s expectations for the Biden adm… https://t.co/wMchNWYejQ

Biden has started releasing his picks for serving in his administration, while President Donald Trump and his campaign continue to contest the election that mainstream media has widely called for Biden.

Earlier this week, Biden announced that retired Army Gen. Lloyd Austin would be his nominee for secretary of defense. If confirmed by the Senate, Austin would be the first black man to lead the Pentagon.