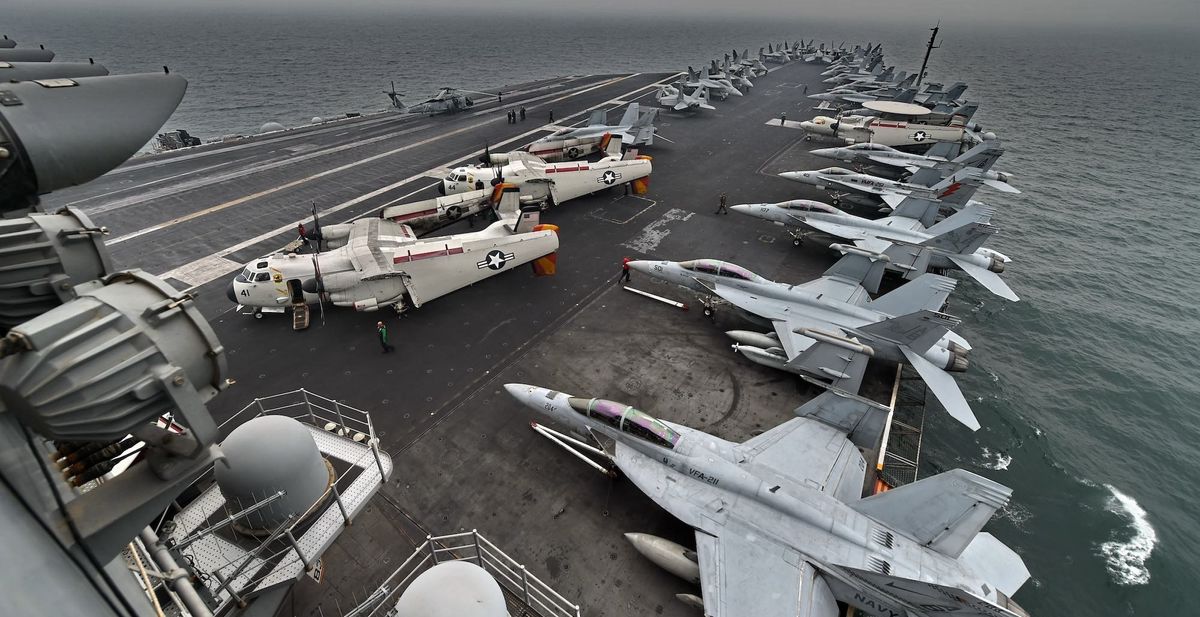 Remember Navy Capt. Brett Crozier, the captain of the USS Theodore Roosevelt who was fired after a letter to his superiors asking the military to pick up its efforts to protect the more than 4,000 members of his crew from the coronavirus was published by the San Francisco Chronicle?

Well, he now has tested positive for the coronavirus, according to the New York Times.

According to the classmates, Crozier began showing symptoms before he was officially removed form duty aboard the aircraft carrier Thursday evening.

The Times said the deposed captain was “being quarantined in ‘distinguished visitors quarters’ on Naval Base Guam,” citing the two classmates.

The revelation about Crozier’s health came just days after he was removed from his post after an email he sent to senior military officials, pleading for help for his crew, which was seeing an accelerating spread of the coronavirus.

The captain wanted there to be a coordinated effort to get most of the crew off the ship, telling his superiors, “We are not at war. Sailors do not need to die. If we do not act now, we are failing to properly take care of our most trusted asset — our Sailors.”

After an unknown person leaked the letter to the media, the Chronicle posted it online. The publication of the letter led acting Navy Secretary Thomas Modly to fire Crozier from his post on the Roosevelt.

NBC News reported that the “official reason for Crozier’s relief of duty is a loss of trust and confidence.”

One source told the Times that Crozier believed the Navy was “minimizing the risk.” From the Times:

Notably, the defense of the firing offered by senior Pentagon officials has centered around Captain Crozier not following the chain of command in writing his letter, which found its way to newspapers. In a circuitous explanation, Thomas B. Modly, the acting Navy secretary, said that Captain Crozier’s immediate superior did not know that the captain was going to write the letter, offering that act as an error in leadership and one of the reasons the Navy had lost confidence in the Roosevelt captain.

But a Navy official familiar with the situation but not authorized to speak publicly about it said that the captain had repeatedly asked his superiors for speedy action to evacuate the ship. His letter, the official said, came because the Navy was still minimizing the risk.

Defense Secretary Mark Esper told CNN’s “State of the Union” Sunday that there were 155 cases of COVID-19 so far among sailors aboard the aircraft carrier, the Times said.

On Friday, video broke showing sailors aboard the USS Theodore Roosevelt cheering for Capt. Crozier as he departed the vessel.