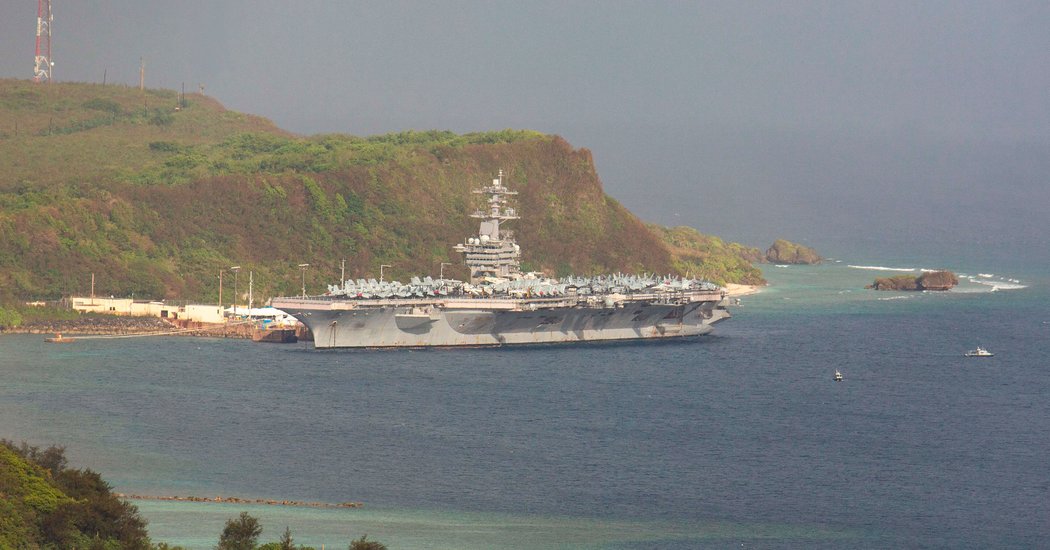 WASHINGTON — The acting secretary of the Navy on Wednesday ordered a wider investigation into events aboard the aircraft carrier Theodore Roosevelt, shelving for now a recommendation by the Navy’s top admiral to restore Capt. Brett E. Crozier to command the virus-stricken warship.

“I have unanswered questions that the preliminary inquiry has identified and that can only be answered by a deeper review,” the acting secretary, James E. McPherson, said in a statement.

“This investigation will build on the good work of the initial inquiry to provide a more fulsome understanding of the sequence of events, actions and decisions of the chain of command surrounding the Covid-19 outbreak aboard U.S.S. Theodore Roosevelt,” Mr. McPherson said.

His announcement came just days after Admiral Gilday recommended giving Captain Crozier his job back. But Mr. Esper, who initially said he would leave the process largely with the military chain of command, declined to endorse the findings last week, saying that he wanted to review the Navy’s investigation into the matter first.

Gen. Mark A. Milley, the chairman of the Joint Chiefs of Staff, had also told associates that he favored a wider inquiry into the Roosevelt matter.

Reinstating Captain Crozier could be a remarkable reversal to a story that has seized the attention of the Navy, the military and even a nation struggling with the coronavirus. Instead, it is unclear who will be at the helm of the nuclear-powered carrier as its 4,800-member crew prepares to leave its weekslong quarantine in Guam to resume operations in the Western Pacific.

Mr. McPherson’s two-paragraph statement made no mention of Captain Crozier’s fate. Navy officials said the broader investigation would be conducted by an admiral outside the Pacific region and would likely take at least 30 days.

An ill-fated trip to the carrier afterward by the acting secretary, Thomas B. Modly, backfired when he criticized the crew for supporting their deposed captain. Mr. Modly resigned.

General Milley had agreed with Admiral Gilday, the Navy’s top officer, in advising that Captain Crozier not be removed until an investigation into the events aboard the Roosevelt was complete. But Mr. Modly waved off those warnings, fearing that President Trump wanted Captain Crozier fired, according to his acquaintances, and dismissed the skipper.

Mr. Trump’s position appeared to ease, however, given support for Captain Crozier in the Navy and among the general public. The president has not made clear where he stands on Captain Crozier’s reinstatement, leading some Pentagon officials to conclude that Mr. Esper’s hesitation in accepting the Navy’s recommendations would allow time to account for the views of the president.

The announcement on Wednesday comes as the crew of the Roosevelt begins its long-scheduled turnover: swapping out those sailors who remained behind to clean the ship with healthy crew members who were isolated on Guam for the past several weeks.

In the coming days, the Roosevelt will start a series of sea trials, requalifying flight crews and pilots, before carrying on with its deployment in the western Pacific.

This week, the Kidd, the second deployed American warship stricken with the virus, returned to port in San Diego with at least 64 members of its crew testing positive for the illness, according to a Navy news release. The Kidd, a destroyer, was previously operating in the eastern Pacific and the Caribbean as part of a counternarcotics operation.