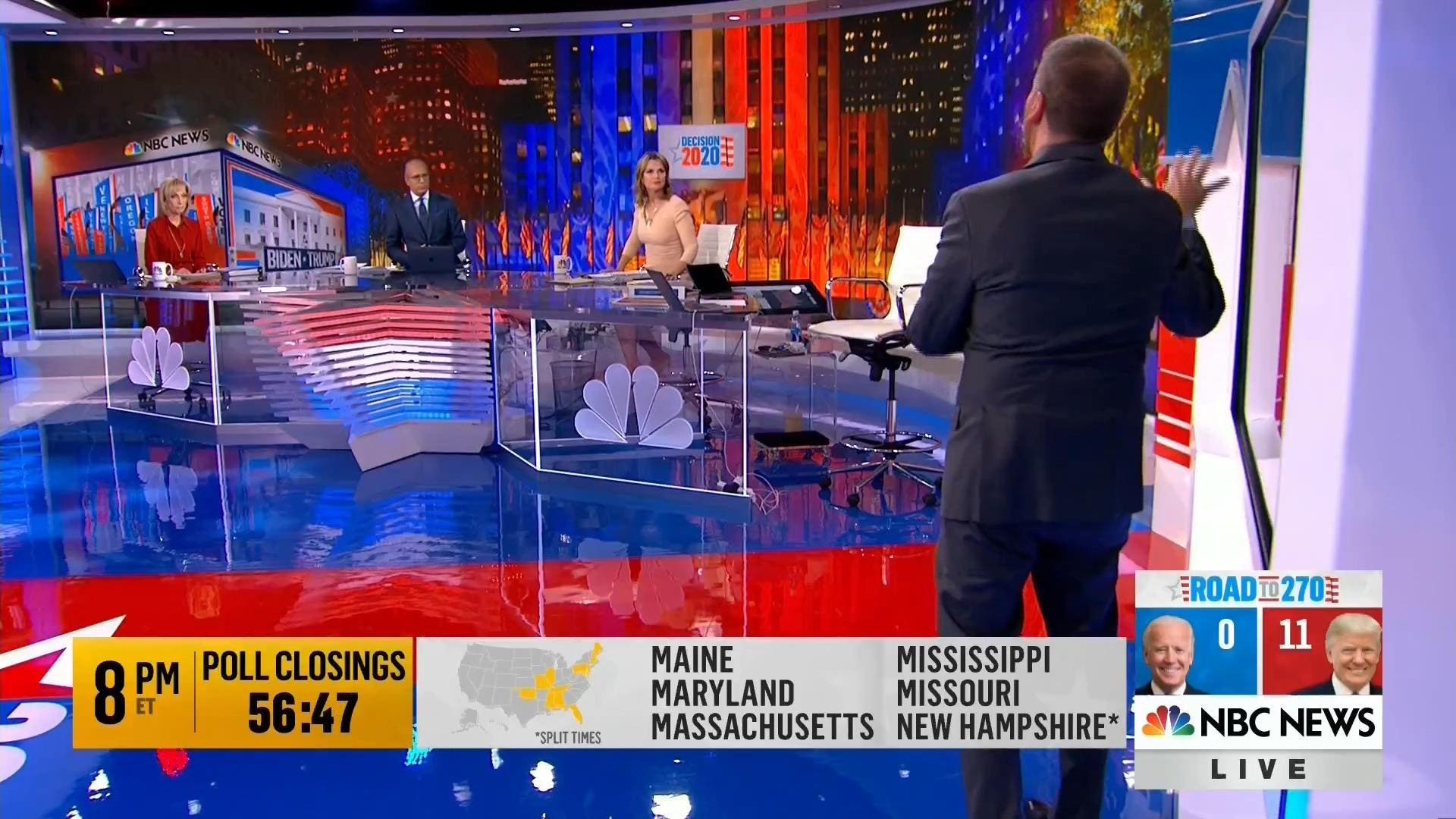 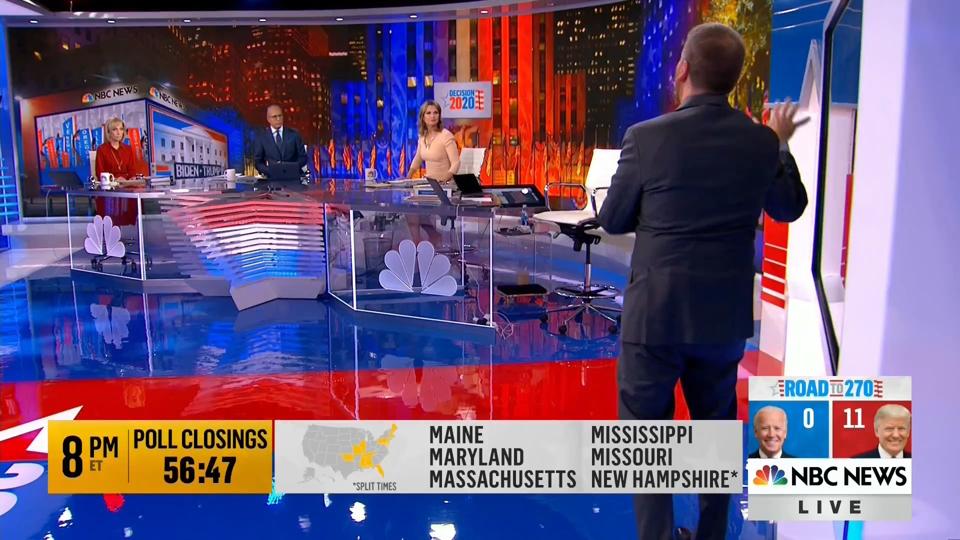 As the broadcast and cable news networks continued their Election Night coverage into the early hours of Wednesday, NBC carried live remarks from President Trump, as the network had with his Democratic rival, former Vice President Joe Biden. But NBC’s Savannah Guthrie was not willing to let the president say anything on a night marked by complicated, confusing and slow—but not unexpected—vote counting in several key battleground states.

“We’re listening to the President speaking at the White House,” Guthrie told viewers just before 2:30 a.m. ET, “but we’ve got to dip in here because there have been several statements that are just frankly not true.” 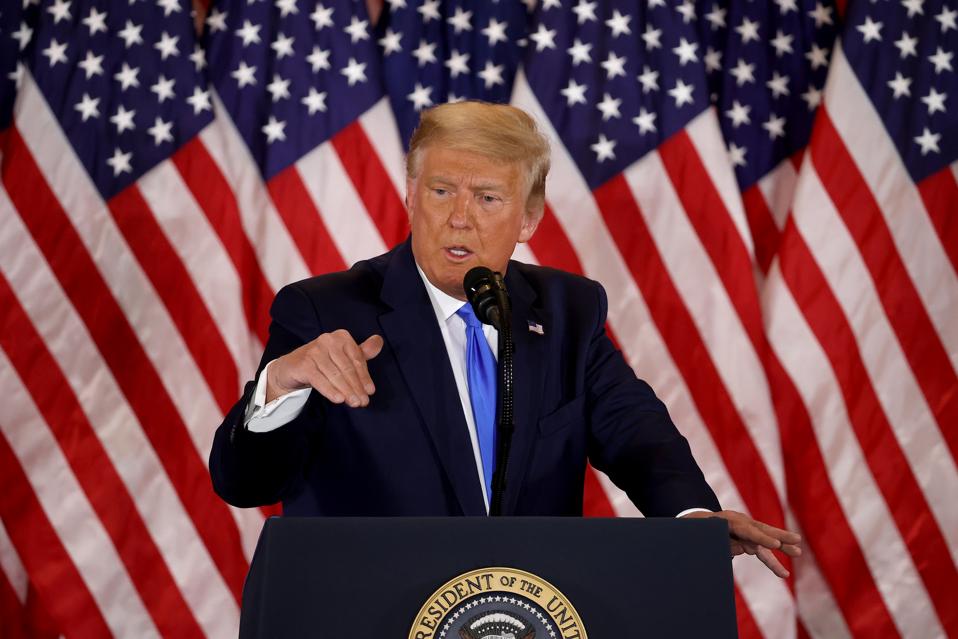 WASHINGTON, DC – NOVEMBER 04: U.S. President Donald Trump speaks on election night in the East Room … [+] of the White House in the early morning hours of November 04, 2020 in Washington, DC. Trump spoke shortly after 2am with the presidential race against Democratic presidential nominee Joe Biden still too close to call. (Photo by Chip Somodevilla/Getty Images)

Trump, speaking in the East Room of the White House, said “we won in states we didn’t expect to win,” and again—without evidence—suggested that voter fraud threatened to steal away his victory, adding that he intended to take his complaints to the Supreme Court.

It’s exceptionally rare for network anchors to interrupt a president during remarks like this—as opposed to a speech given at a campaign rally, for instance—but Guthrie, who was credited by many for giving Mr. Trump a tough interview at a town hall meeting in Miami last month, stepped in. 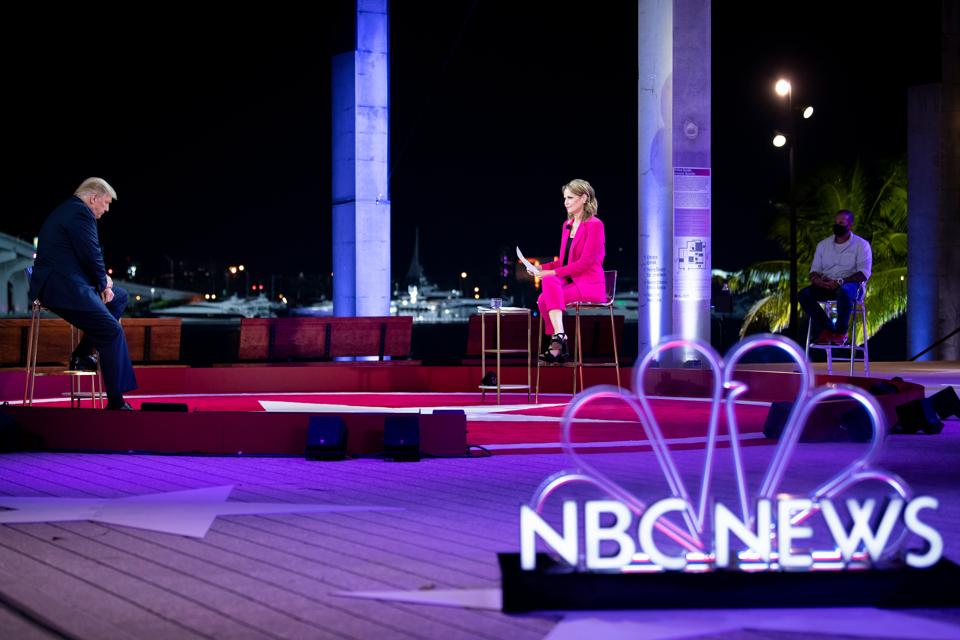 “The President going through some of the states, stating that he has prevailed in those states, naming Georgia, saying they’re winning Georgia — or that they won Georgia, ‘there’s no way they’ll catch us, that they’re winning Pennsylvania, won Michigan.’ The fact of the matter is those states have not come close to counting all of their vote. There’s still outstanding vote.”

The decision to interrupt the president highlights the stakes for the networks, faced with a president who tends to spin without regard for the truth and an election that, without clear focus on what’s entirely expected—and totally normal—and what is not.

NBC followed the president’s live remarks with analysis that detailed precisely how what Mr. Trump had said was not, in fact, what had happened so far in the election.