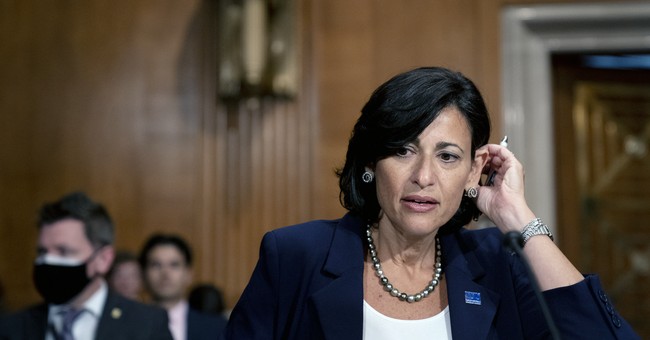 The outlier-ish superspreader event in Provincetown isn’t the only evidence the CDC has that the vaccinated might be just as contagious as the unvaccinated after they’re infected. A new paper published today looked at cases over the past month in Dane County, Wisconsin, and then across the whole state. Result: The P-town finding is confirmed. The vaxxed had viral loads similar to the unvaxxed, high enough that they should have been contagious to others.

To determine whether vaccination reduces virus load in the setting of SARS-CoV-2 vaccine breakthrough, we compared the threshold cycle (Ct) value in test-positive specimens collected between 28 June 2021 and 24 July 2021 from 83 individuals in Dane County, Wisconsin, which has one of the highest rates of vaccination among populous counties in the United States [6] and high rates of testing per capita…

We detected no significant differences in Ct values between fully vaccinated and unvaccinated individuals. Previous studies have suggested that Ct values of ~30 or lower are consistent with the recovery of infectious virus in biological specimens, an indication of potential contagiousness…

We then expanded the analysis to include 208 additional samples from other Wisconsin counties that are tested by the same commercial laboratory. Considering all 291 samples from all counties (Supplemental Figure 2), there were 79 infections among individuals who were fully vaccinated (Figure 2A). Sixty-six of these 79 (84%) had Ct values ≤30, while 177 of 212 (83%) unvaccinated individuals had viral loads in this range. Moreover, 26 of 79 (33%) of fully vaccinated individuals with breakthrough infections had extremely low Ct values 20, consistent with very high viral loads. Taken together, these data suggest that a substantial proportion of individuals with SARS-CoV-2 vaccine breakthrough infections during our study period have levels of SARS-CoV-2 RNA in nasal secretions that are consistent with the ability to transmit the virus to others.

Not great, but also not very illuminating about the scope of the population-wide threat since all of these viral samples came from vaccinated people who sought testing. Why did they seek testing? No way to know, but it’s probably because they were symptomatic. But what percentage of vaxxed people with breakthrough infections are symptomatic? Fifty percent? Ten? One? One-tenth? Are vaxxed people who get infected and then have mild or no symptoms just as contagious as the symptomatic ones? We have the same huge sample problem as the Provincetown study had. It’s safe to conclude from the pair of them that if you have symptoms of COVID, whether you’re vaxxed or unvaxxed, you should stay the hell away from other people. But it’s hard to conclude anything else.

Including whether it’s truly necessary for the universe of vaccinated people to mask up indoors to prevent transmission.

Now let’s do the good news. There’s a second paper out today, this one from Singapore, which also looked at the viral loads in vaccinated and unvaccinated people infected by Delta. Again, they found similar numbers — at first. But then a funny thing happened:

Of 218 individuals with B.1.617.2 infection, 84 had received a mRNA vaccine of which 71 were fully vaccinated, 130 were unvaccinated and 4 received a non-mRNA. Despite significantly older age in the vaccine breakthrough group, the odds of severe COVID-19 requiring oxygen supplementation was significantly lower following vaccination (adjusted odds ratio 0.07 95%CI: 0.015-0.335, p=0.001). PCR cycle threshold (Ct) values were similar between both vaccinated and unvaccinated groups at diagnosis, but viral loads decreased faster in vaccinated individuals.

For the first five days or so after illness, the vaxxed and unvaxxed had similar viral loads. Then they began to diverge:

That graph may help explain why Delta is so contagious in unvaccinated people especially. They’re taking a long time to fully clear the virus from their system, making them infectious to others for two weeks or more. And it also raises a question about the Provincetown and Wisconsin studies: How long did the high viral loads in vaccinated people persist in those cases? The authors didn’t check. Did breakthrough infections linger for as long as infections in the unvaccinated did, or did they last for a much shorter period?

By the way, the Singapore study looked at people who were hospitalized for COVID. Not only did they have symptoms, their symptoms were severe enough to require medical care. So once again, we don’t know that the vaxxed cohort in their sample accurately represents the entire vaccinated population. All we know is that people who’ve had their shots and then get a case of COVID bad enough to necessitate treatment have the same viral load as the unvaccinated do … for a few days. And then they begin clearing that load pretty expeditiously.

Does that justify a nationwide masking policy for the vaccinated? Better to err on the side of caution, the CDC seems to have concluded, than to tell the vaccinated to keep their masks off and risk a slew of vax-to-unvaxxed infections. But the fact remains that after three studies — Provincetown, Wisconsin, Singapore — we still don’t have solid evidence that the average breakthrough infection is a threat to anyone. We only have evidence that the average symptomatic breakthrough infection is.

First time we’ve had four days in a row, over 700K shots, in a long stretch. About 3m people got their first shot the past seven days — also a significant increase. https://t.co/jYFr7f1KRi

It’s hard to say whether people in hot spots are getting their shots due to the local news about hospitals filling up or because they were spooked by the CDC’s announcement that Delta was a gamechanger on masking. But the fact that vaccinations have gone up this week makes me think that one common criticism of the CDC over the past few days was overbaked. Some people argued that urging the vaxxed to mask up again would backfire by discouraging holdouts from getting their shots: “What’s the point of being vaccinated if I still have to mask?”

Holdouts may have had a different takeaway from the announcement, though: “The pandemic’s not over. In fact, the sh*t’s about to hit the fan.” If even the vaccinated are getting infected now and being told to mask up, the unvaccinated could no longer free-ride on herd immunity in the belief that COVID would soon be over. As tortured as the CDC’s messaging has been, the most basic point from the shift in masking guidance — trouble ahead — may have come through loud and clear.

I’ll leave you with these two tweets, just the latest reminder that, yes, the vaccines work very well.

Here is the Virginia Department of Health data for July.

It would seem to paint a very different picture of what is going on than the Provincetown study. pic.twitter.com/IfpQGXRaS8

For the “vaccines don’t work so why would I get one” crowd: pic.twitter.com/hMICzkqedC