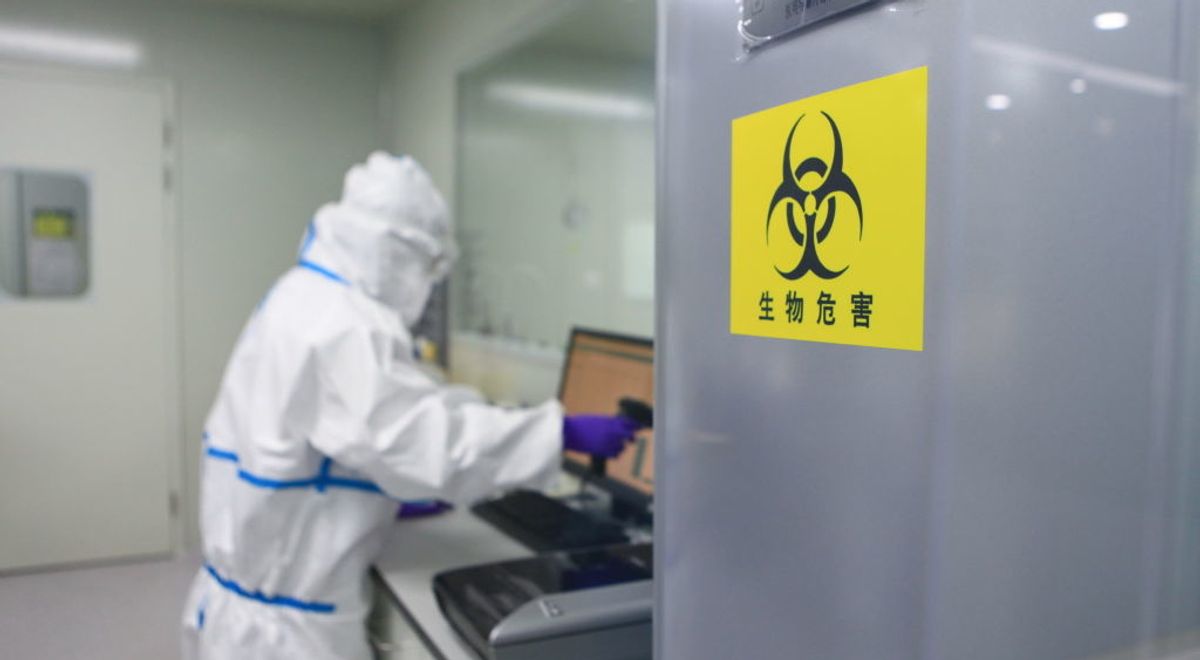 Several new pieces of publicly available evidence that have come to light in recent days seem to indicate that a virology lab in Wuhan, China, may have been the location where the novel coronavirus originated.

In a lengthy article published Friday, National Review senior correspondent Jim Geraghty detailed the investigatory work of Matthew Tye, a documentary filmmaker and YouTuber who used to live in China. In his most recent video upload, Tye professes to have identified the source of the virus.

Geraghty is sure to note that it “is understandable that many would be wary of the notion that the origin of the coronavirus could be discovered” by a YouTuber, but contends “a great deal of the information that he presents, obtained from public records posted on the Internet, checks out.”

Two examples of this are all-too-coincidental job openings posted late last year by the Wuhan Institute of Virology — the lab located just 300 meters from the Huanan Seafood Wholesale Market that has been frequently cited as the source location for the coronavirus.

On Nov. 18, the lab posted a job opening that requested scientists to come “research the relationship between the coronavirus and bats.”

According to a Google translation of the job posting, it offers this description of the nature of the work:

Taking bats as the research object, I will answer the molecular mechanism that can coexist with Ebola and SARS- associated coronavirus for a long time without disease, and its relationship with flight and longevity. Virology, immunology, cell biology, and multiple omics are used to compare the differences between humans and other mammals.

Then, just over a month later on Dec. 24, the lab posted another job opening, this time noting “long-term research on the pathogenic biology of bats carrying important viruses has confirmed the origin of bats of major new human and livestock infectious diseases such as SARS and SADS, and a large number of new bat and rodent new viruses have been discovered and identified.”

Tye, who claims to speak fluent Chinese, said that the second job posting could be essentially translated: “We’ve discovered a new and terrible virus, and would like to recruit people to come deal with it.”

At the time of the second job posting, China had reportedly been dealing with an onslaught of “mystery pneumonia” cases, but it wasn’t until a week later that the Chinese government notified the World Health Organization about a novel coronavirus infecting its population.

Then, a scientific research paper

Fox News host Tucker Carlson ran an interesting segment on his primetime show Tuesday night highlighting a research paper published on Feb. 6 by the South China University of of Technology.

The research paper — “The possible origins of 2019-nCoV coronavirus” — noted that virus most likely came from an animal known as the intermediate horseshoe bat.

“Here’s the striking thing,” Carlson said, “there are no known colonies [of the bat] within 900 kilometers of Wuhan.”

Moreover, Carlson noted that there is no evidence to support the oft-repeated claims that this particular bat was sold at the wet markets in Wuhan. The Wall Street Journal reported in February that neither the U.S. Centers for Disease Control and Prevention nor the World Health Organization could confirm whether bats were present in the market.

What does it mean?

The evidence appears to demonstrate that Chinese scientists at the Wuhan Institute of Virology were researching coronaviruses in bats (allegedly not typically found within 900 kilometers of the city) at the same time that doctors began treating the first known COVID-19 patients.

It is difficult not to draw certain conclusions from that, but to be clear, it is impossible to conclude with 100% certainty that the virus originated in a virology lab in Wuhan.

And even if it were, it is important to note that neither Geraghty nor Carlson, nor the cited Chinese research paper for that matter, are suggesting that the virus was made intentionally in a Chinese lab as part of a biological weapon program.

The matter at hand is more so about the misinformation coming from the communist government in China following the outbreak.