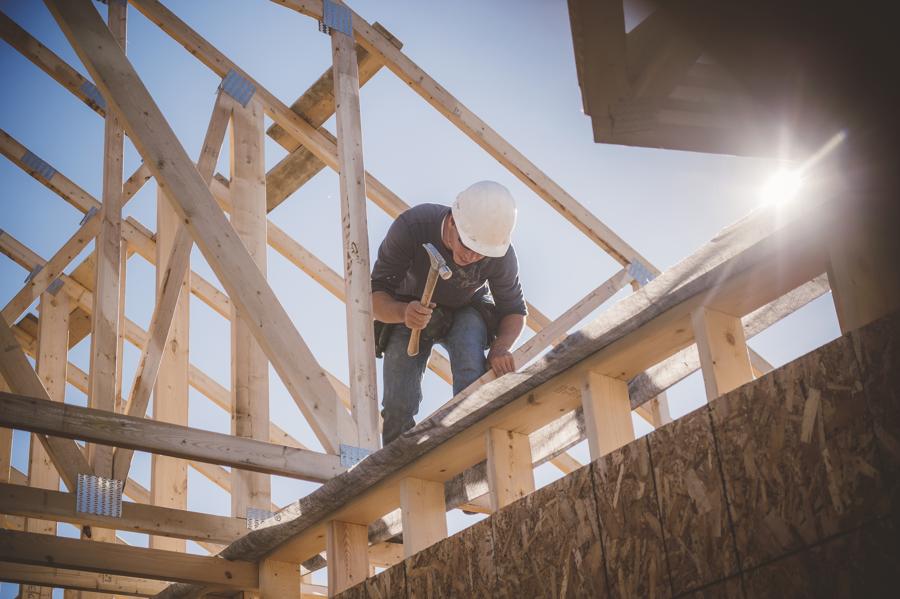 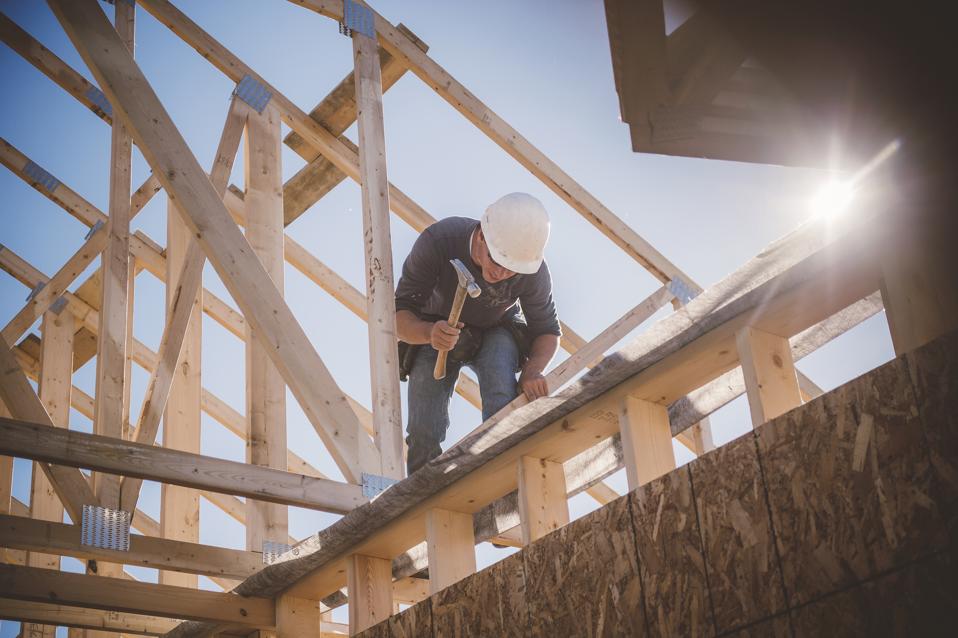 New home sales were up this month, but experts say builders still have a lot more demand to meet — … [+] especially at lower price points.

The number of new home sales hit an almost 13-year high last month, according to data released by the U.S. Census Bureau this morning.

In total, new home sales were up 7.9% from December to January. There were 764,000 new, single-family units sold in the month—an 18.6% uptick over the year and a marked improvement over the Bureau’s predicted numbers of 711,000.

According to Matthew Speakman, an economist for Zillow, the new data is just another sign of a strong housing market in 2020.

“After ending an otherwise strong 2019 on a down note—declining for three straight months—sales of new homes started the new year off on the right foot,” Speakman says. “These data are obviously welcome news for the housing market, which has generally been riding some positive momentum in recent months but continues to struggle with record low levels of inventory.”

Overall housing supply dipped 11% in January, according to the Census Bureau, and the number of active listings saw their biggest drop in seven years. Active inventory is now at its lowest level since 2013, with just a 3.5-month supply available.

Though today’s numbers are a good sign that inventory relief is coming, Speakman says homebuilders still have more work to do if they’re going to meet demand.

“Builders have been making some decent progress, but it will take a lot more than a few months of good work to dig out of the inventory hole the market is experiencing,” Speakman says. “Today’s release is a step in the right direction, as it should incentivize builders to continue their improved rate of construction.” 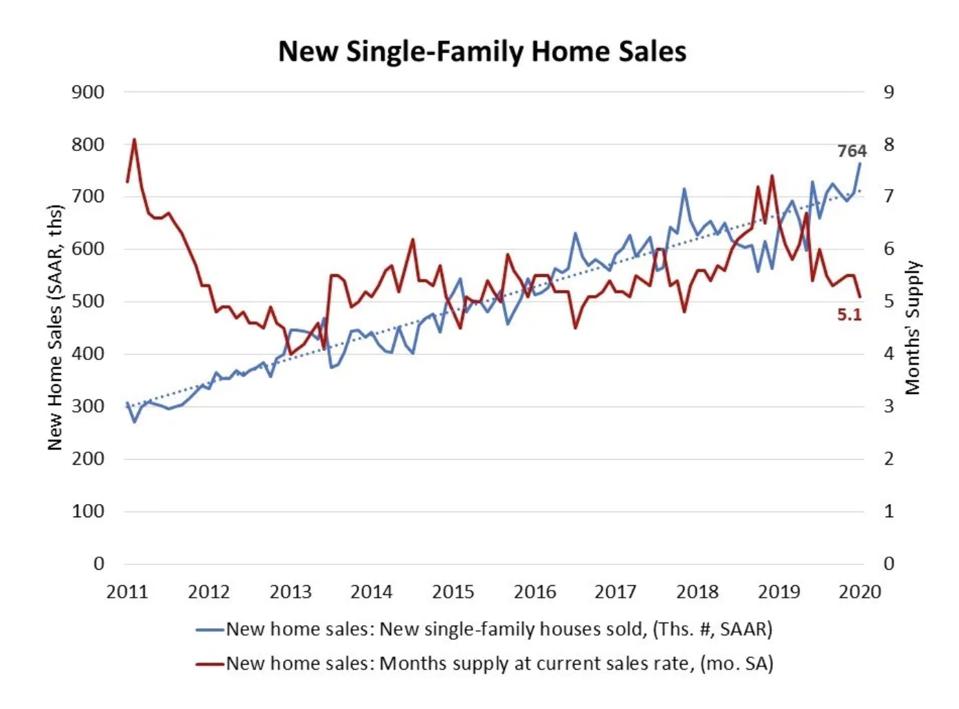 This chart shows the supply of new homes vs the number of new home sales since 2001.

Courtesy of the National Association of Home Builders

Housing starts were up 21.4% in January and completions rose 1.5% over the same period. According to the National Association of Home Builders, the moving average for single-family starts is now at its highest pace since September 2007.

But while these numbers certainly bode well for the market, there’s still a significant dearth of inventory at entry-level price points. Though many builders have committed to ramping up activity in this arena, it seems those promises haven’t been fully realized just yet. In January, the median new home price clocked in at $348,200—up 14% over just one year ago. The average new home price came in even higher at $402,300.

According to Robert Frick, a corporate economist at Navy Federal Credit Union, builders will need to make a lot more headway in this entry-level market if they’re going to meet the demands of average Americans.

“Scant evidence exists that homebuilders are making more lower-priced homes, which are sorely needed by first-time homebuyers,” Frick says. “Years of supply shortages have bid up home prices out of reach for many lower- and even middle-income Americans. To bring the opportunity of homeownership to those Americans, we’ll need millions more homes built in the next few years and more lower-priced homes.”