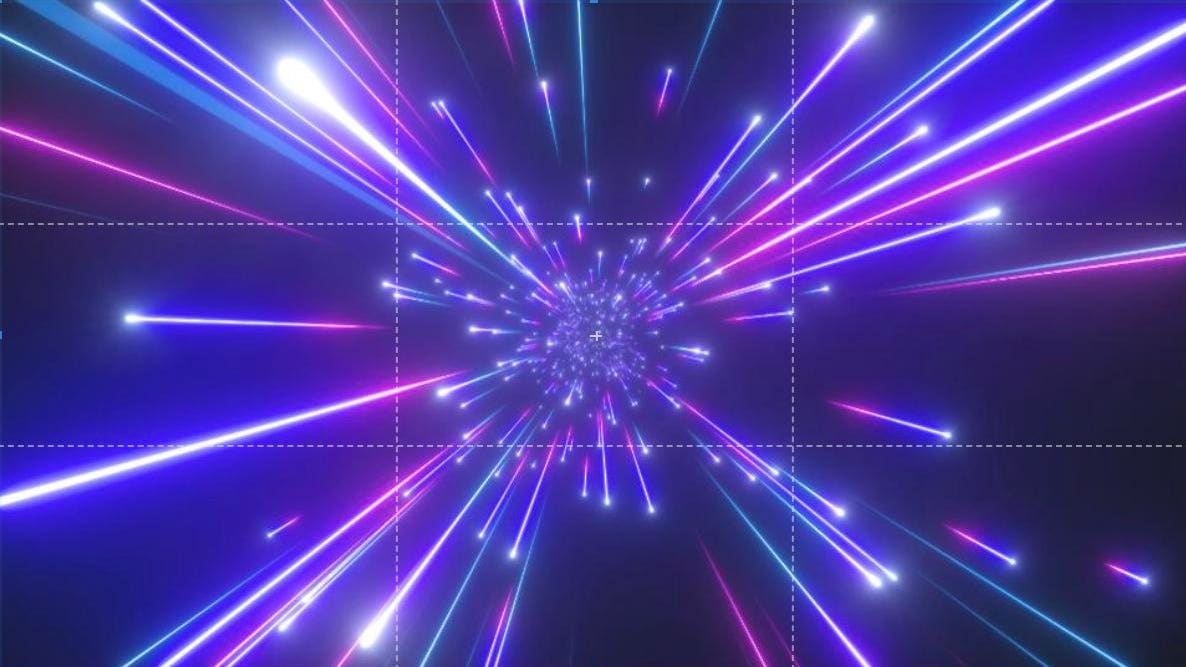 “A Thick Fog of Uncertainty Surrounds us, and Downside Risks Predominate,”  Lael Brainerd, Member, Board of Governors, Federal Reserve 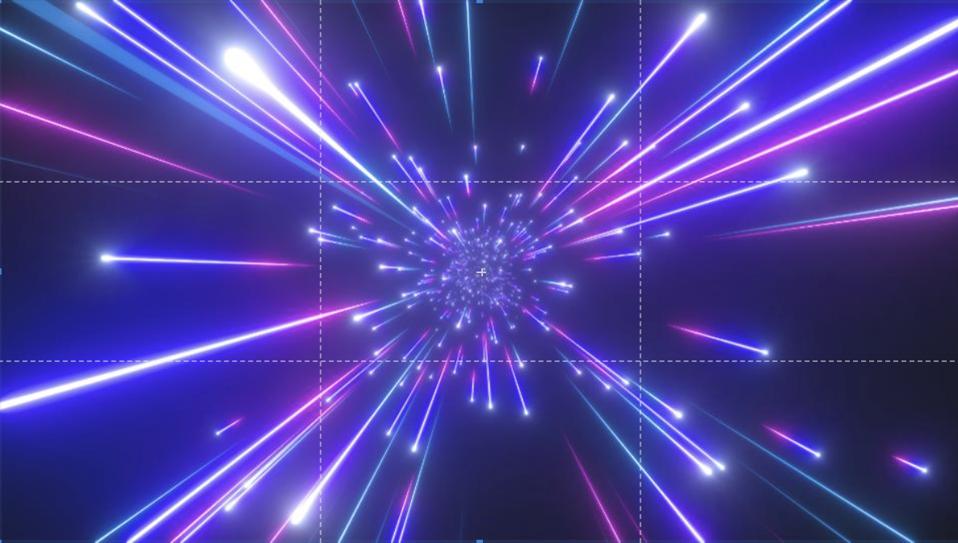 This has been a big week for moving our country forward. There is a general consensus on the need for infrastructure investment, and a growing consensus on the need to do something fast and deep to bolster a strong economic recovery. These things go together. Both President Trump and former Vice President Biden launched major infrastructure initiatives; and on Tuesday the Fed launched a forceful call to arms on fiscal stimulus. Given that we are in the middle of a pandemic, in the process of being bludgeoned by the resultant economic crisis – with decision-making particularly difficult in an election year – this potential consensus creates a glimmer of hope. Perhaps as with national security in 1947, we can finally create a bipartisan space to move forward together on infrastructure.

President Trump’s Action on NEPA. On July 15th President Trump announced final regulations for the NEPA rules governing environmental approvals for infrastructure projects. The new regulations were immediately published on the Council of Environmental Quality’s website, and are now the law of the land. This modernization of NEPA is essential for any progress on infrastructure — truth be told, in the grand scheme of things there are not a lot of differences between our two political parties on this issue (see graphic). 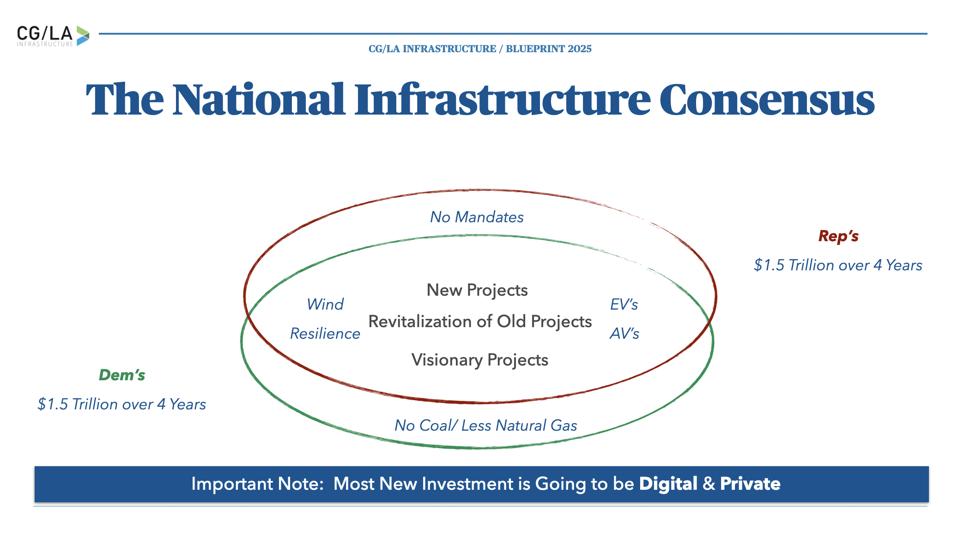 The Fast and Furious Reaction. Like everything with President Trump, reaction was fast and furious. These changes should have been made years ago, certainly at the end of the Bush Administration, or the beginning of the Obama years. Imagine if you were going to open a business and the clerk told you brightly “this could take a minimum of two years but it could take, well, forever.” The chilling effect on business creation would be almost absolute – and that is what has happened to the infrastructure business.

Mischaracterizations abound, but this is not a battle between avid polluters and those who love clean air and clean water. We all love clean air and clean water, maybe the infrastructure community most of all. NEPA, launched by President Nixon in 1969, gradually became a cudgel that drove extraordinarily innovative and creative people to distraction (and for many, completely out of the business). Bureaucrats were crushed under the burden of document assaults (some as many as 29,000 pages long, followed by bot challenges in the hundreds of thousands of questions, and an overall process requiring 17 or more different agency reviews, consecutively. As one conscientious bureaucrat told me, ‘nobody can read all of those documents.’

What Changed? Everything boils down to one line: the environmental review process will no longer go on forever (seven years, ten years, 15 years) – infrastructure project requests must be approved or denied within 24 months. This is exactly the way that the Netherlands deals with the issue, and that country is the opposite of an environmental criminal. If nothing else, the Dutch are efficient, and huge fans of good, rapid, decision-making.

Our European friends have forever marveled at our strange admiration for a train wreck of a bureaucratic process. As the wonderfully named Cormac Rabbit, Chairman of the Dublin Metro, told me recently: “there are only three ways to reduce project costs – safety, materials, and speed, and the only one that you can impact is speed.” One calculations at my firm – CG/LA Infrastructure – is that the cost to build a mile of transit in the U.S. is twice as expensive as it is in Europe. A substantial part of that cost is the result of paying consultants, lawyers and lobbyists to constantly check on, and nudge forward, the NEPA process.

The good projects will now go forward faster, and the bad projects should go away more quickly. We recently looked through the Permit Improvement Steering Council’s dashboard and found that 60-70% of projects over $200 million had been in the NEPA process for more than two years. Now we can reward, not punish, initiative – repurposing a gas pipeline to provide fresh water to Los Angeles, building a high speed rail project between Houston and Dallas, or bringing clean power from the Atlantic Ocean, the Wyoming wind fields or from Canada’s abundant hydro resources, to cities around our country. We can create public goods faster and cheaper.

The Immediate Second Wave. Our infrastructure projects require investment, immediately. Earlier this week I received a call at 6am from a CEO of an engineering company, anguished. The state in which his engineering firm is based has decided that it cannot bid any new projects for 24 months. Just as bad, his private clients are slow walking his bills. He is going to have to do what no business builder wants to do, layoff 20% of his long-term staff. This is happening all over the country. This second wave of lay-offs is going to be devastating for the infrastructure profession.

As Fed Governor Brainerd’s recent comment suggests, we have a big problem – and, she suspects, we don’t realize it, and aren’t doing enough about it. Her call to arms is for “rapid and sizable fiscal support.” Fixing rules is one thing, necessary but not immediately sufficient – we need investment.

Immediate Action. Our country has ready to go projects, and a way to move projects forward in all 50 states; we have a dawning consensus that real money needs to be channeled into infrastructure – and state and municipal budgets as well; but we are still undecided about how to invest in – really, the word is create – our future. The coming 4th stimulus – FOURTH! – will be about $1 trillion, and will not have money for infrastructure, period.

So where does the money come from? As we’ve noted before, a roughly $300 billion injection is required to support economic recovery.

Three places to start. First, we need to quickly use the monies that are available. Allowing States to use their initial CARES act funding allocations to stimulate their economies by investing in priority projects could immediately release $20 billion or more into projects; in addition, there is financing capacity in DOT, DOE and EPA totaling another $100 billion or so. Working with our National Infrastructure Performance Council we have identified just over 500 projects that could be ready to move forward.

Second, there are a number of creative proposals to quickly bring funds to this fight, attracting long-term institutional investors.  The quickest is to create a $25 billion or more Private Activity Bond package modeled on similar programs after 9/11, Hurricane Katrina and other disasters. These so-called COVID bonds would push ready projects through financing, getting shovels in the ground – creating 4500 jobs in one case – as soon as Congress creates the program. It is an attractive proposal because it works, and because it would leverage as much as another $15 billion from the private sector, focusing on job creation through innovative financing as opposed to direct grants.

Third, another $80 – $100 billion or more could come directly from a CARES Act facility created by Treasury and the Federal Reserve. It should provide for asset-based financing, and it could be channeled through state infrastructure banks. Our economy is in for a long slog, and capacitating existing institutions, so that they can invest immediately across the range of infrastructure, especially including rural broadband, health facilities and schools, is absolutely essentially.

All of us should get behind this Whole of Government approach to solid and rapid economic recovery, engaging Congress, the Executive and the Federal Reserve in putting real funds into the Main Street Economy. Now the test is whether we can be successful in immediately authorizing projects which, in far too many cases, have been in process for years. As The Doors sang so many years ago “the time to hesitate is through….”

Let’s move on infrastructure, create jobs for all of us, and start to think as one country again!