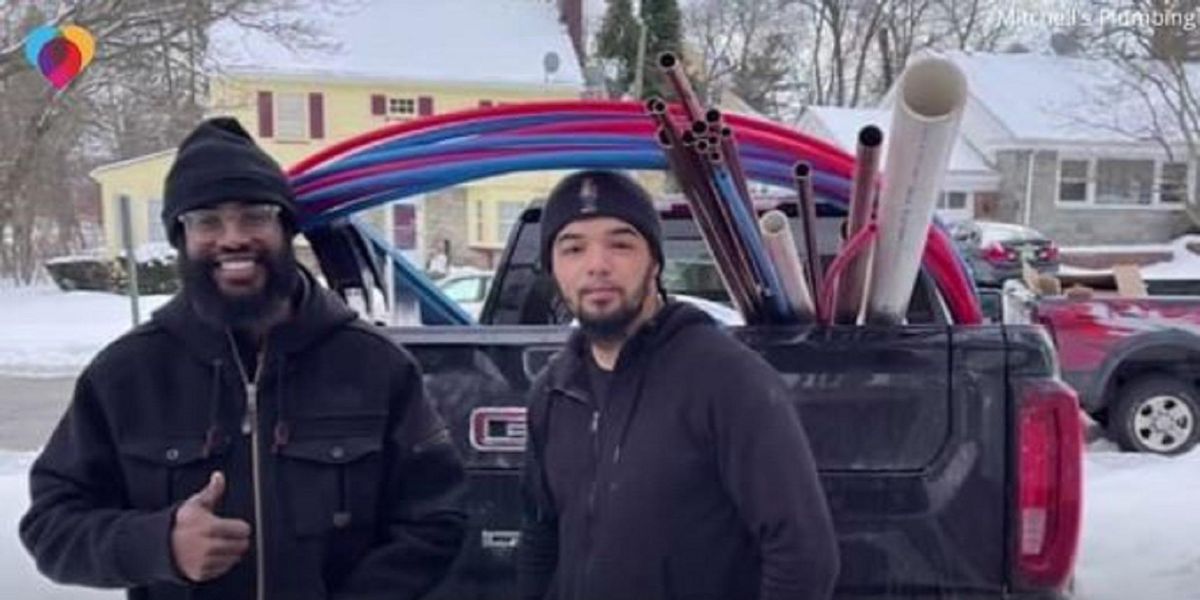 New Jersey master plumber Andrew Mitchell and his brother-in-law, plumbing apprentice Isaiah Pinnock, are making headlines after the two drove 25 hours straight to Texas to help repair burst and leaking pipes in the Lone Star state for residents in desperate need of help.

Mitchell’s wife, Kisha — who is Pinnock’s sister — joined them, with the couple’s two-year-old son, Blake, in tow.

Millions of Texans went extended periods without electricity or water last week during widespread outages as the state’s power grid failed during a brutal winter storm. In the aftermath, countless citizens and businesses were left with plumbing problems but no one immediately available to fix them due to high demand.

According to KUHT-TV, there was already a shortage of skilled tradesmen in Texas before the storm, and the crisis has exacerbated the immediate need for plumbers in particular. The outlet reported that “during last week’s storm, [Gov. Greg] Abbott (R) also signed orders allowing out-of-state plumbers to obtain provisional licenses to work in Texas and plumbers without current licenses to go back to work immediately.”

After hearing about Texas’ plight, Mitchell and Pinnock loaded up Mitchell’s truck with equipment, along with Kisha and Blake, and hit the road. Since arriving last Sunday, the pair has helped dozens of Texas households — some who cannot afford to pay much, if anything.

“A lot of people who go without water is because of financial reasons,” Pinnock told The Washington Post. “Yesterday, we went to a subdivision of very small houses and fixed income, and we could not feel right leaving them without running water.”

“It’s been very, very hectic,” Kisha told NJ Advance Media of their time in Texas thus far. “Even last night, Andrew did not get in until 2:00 in the morning, and he was still getting calls at 2:00 in the morning…calls just keep coming in and it’s people who really need help.”

Pinnock said of his brother-in-law, “It gets him going when people don’t have water. Similar to if a chef…were to hear somebody’s going hungry, it would be his main prerogative to get those people a nice plate of food.”

According to The Texas Tribune, as of Wednesday night, more than a million Texans remained without drinking water and more than 20,000 still did not have any running water at all. Rural areas remain some of the hardest-hit, with hundreds of small communities still under boil advisories.