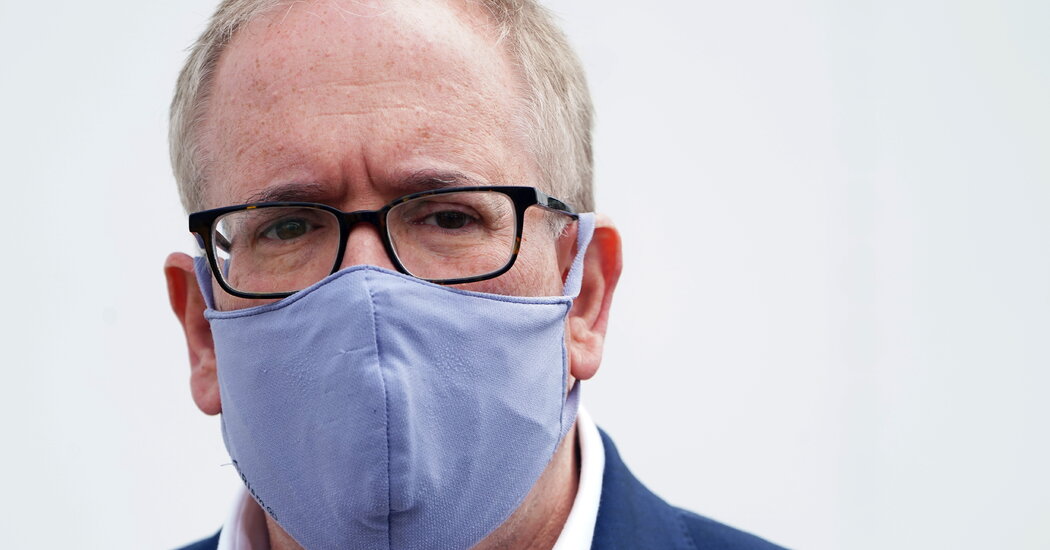 The ad wars in the New York City mayor’s race are officially on.

The city comptroller, Scott M. Stringer, is kicking off his first television ad campaign this week, marking the beginning of a new, intense and expensive phase of the race eight weeks out from the June 22 primary that is likely to determine the next mayor of New York.

While other lower-profile Democratic candidates — Shaun Donovan, the former secretary of the Department of Housing and Urban Development, and Raymond J. McGuire, a former Citigroup executive — have already been advertising on television, Mr. Stringer’s new buy will be the most significant on-air expenditure of any of the top-polling candidates to date.

After months of campaigning by Zoom and, increasingly, at in-person events, the candidates are moving toward pricey on-air advertising, signaling the start of an aggressive chapter in the race, designed to capture the attention of voters who have yet to tune in to the most consequential mayoral contest in a generation.

Mr. Stringer, one of the best-funded candidates in the contest, intends to stay on air with advertising through the primary, his campaign said. His first ad, starting Wednesday, is running on broadcast, cable and digital, and the weeklong initial buy cost just under $1 million, his campaign said.

There has been about $8.2 million in spending in the Democratic primary since January, a total that includes spending from outside groups in support of Mr. Donovan and Mr. McGuire, according to AdImpact, an ad tracking firm.

Eric Adams, the Brooklyn borough president, who has the most money on hand of any candidate as of the last filing date, has not yet gone on television but was shooting an ad on Saturday; a fund-raising email for Andrew Yang, the current front-runner, said last week that his “first TV ad is almost ready to launch.”

The final weeks of the race, which will include debates starting next month and an expected barrage of television ads and mailers, will show whether Mr. Yang, the 2020 presidential candidate, will maintain his lead as more New Yorkers tune into the race.

Mr. Stringer has seen his hopes buoyed this month by landing several endorsements — including from the Working Families Party and the United Federation of Teachers — as he tries to form a coalition of traditional sources of Democratic power like labor unions as well as left-wing activist groups.

Mr. Stringer’s first ad draws some implicit contrasts with Mr. Yang, as he seeks to remind New Yorkers of his deep experience in city government.

“He’s not a celebrity,” the spot begins. “He doesn’t govern by tweet or TikTok,” a seeming reference to Mr. Yang, whom Mr. Stringer has criticized along those lines.

“From the Assembly to city comptroller, he’s been a progressive from Day 1 who will be ready on Day 1 to lead our city’s greatest comeback,” the ad continues.

The spot, created by Mark Putnam of Putnam Partners, offers light notes of self-deprecation about Mr. Stringer’s decades in public office. It says that he sought to fight global warming when it was “still called, well, ‘global warming,’” and that he wears a suit “because it suits him.”

“The ad shows who Scott is — a serious candidate with a serious track record who’s also got a sense of humor,” said Tyrone Stevens, a spokesman for Mr. Stringer. “It’s a little different, and we think it’s going to get people’s attention.”