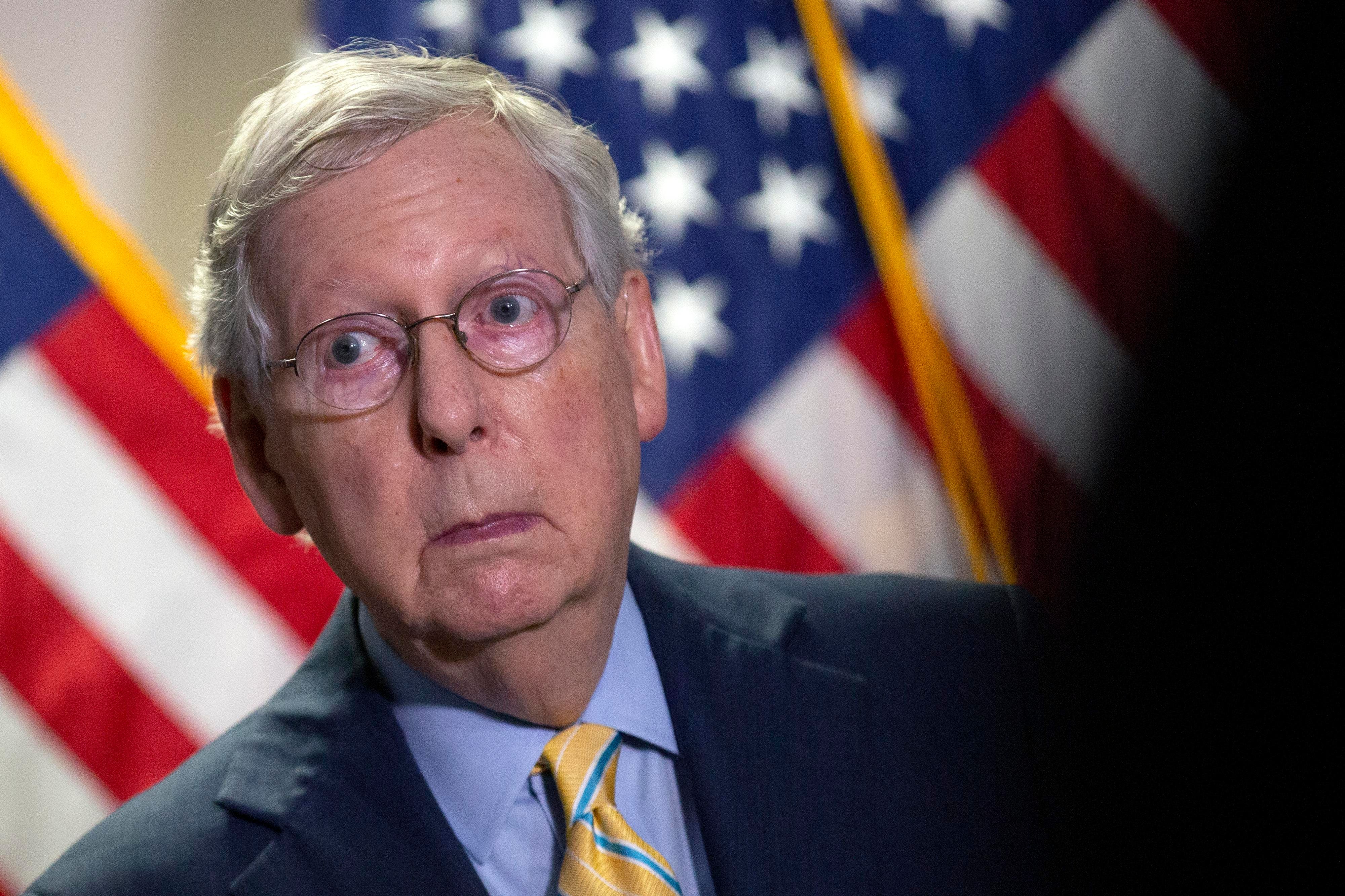 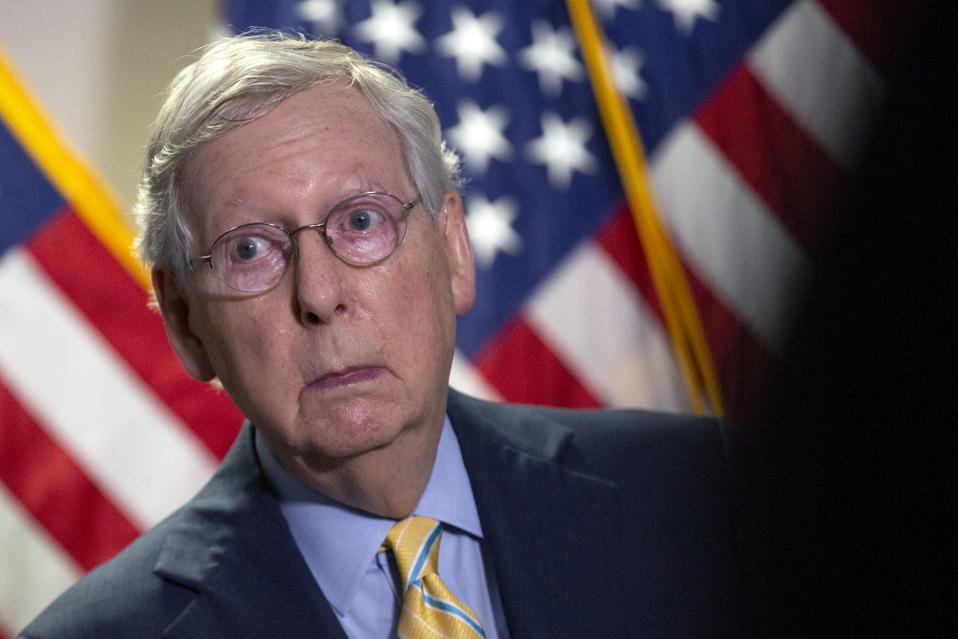 WASHINGTON, DC – JUNE 30: Senate Majority Leader Mitch McConnell (R-KY) speaks during a press … [+] conference following the weekly Senate Republican policy luncheon in the Hart Senate Office Building on June 30, 2020 in Washington, DC. McConnell stated that a briefing could be arranged for Senators to get more information on the report that Russia offered bounty to the Taliban to kill American soldiers. (Photo by Stefani Reynolds/Getty Images)

CNN reported that in a conference call on Friday, Senate Minority Leader Chuck Schumer said that Democrats have had “no contact” with Senate Republicans or the Trump Administration regarding the next stimulus bill.

Senate Leader Mitch McConnell is expected to present a draft bill next week and it will need the support of Democrats, in both the Senate and the House of Representatives, if it hopes to become law.

It’s surprising that neither McConnell nor Trump Administration has sought to meet with Democrats about the bill, especially considering McConnell and Treasury Secretary Mnuchin have been working on the bill for “the last few weeks.”

There are several key points of contention in the next bill with regards to financial support to Americans:

This is the biggest piece of stimulus, as it relates to ordinary Americans, and our only information is that McConnell wants more targeted stimulus checks, potentially only to those who earn less than $40,000.

The House of Representatives passed the Heroes Act which gave $1,200 stimulus checks to all Americans who earned less than $75,000, with a 5% phaseout for those who earned more. It also added $1,200 for each dependent up to a total of three.

It’s unclear where McConnell currently stands when it comes to the size and scope of the next stimulus check but we do know that President Trump wants one. A very generous one.

Many Republicans are not fans of the $600 federal unemployment benefit that is set to expire on July 31st. It’s seen as a disincentive to returning to work and data from the National Bureau of Economic Research has shown that two-thirds of laid-off workers were collecting more from the benefit than they would’ve earned from their standard wages.

In the Heroes Act, Democrats extended the benefit through January 2021 but Mnuchin has come out and said that he would like to see the benefits capped at the worker’s regular weekly income.

It’s possible that the benefits will be extended but as a smaller amount, potentially tied to a worker’s previous income.

This is a big point of contention between the two parties that can have indirect ripple effects on Americans. Democrats want to send additional aid to states, and did so in the Heroes Act, but Republicans are concerned about the price tag.

This impacts Americans because those funds are used to pay for shortfalls due, among other things, state closures. This has a direct impact on services and, in some situations, local government issued stimulus checks.

The Heroes Act included hazard pay for essential workers that would amount to a $13 per hour pay raise that dated back to January.

We have not seen any indications that Republicans are for or against this idea though Senator Mitt Romney, in May, proposed Patriot Pay that would add a $12 per hour bonus.

It’s possible hazard pay will be included in the next bill, potentially with a small cap or without being applied retroactively.

This one doesn’t directly impact the pocketbook of Americans but could be a big point of debate in the next bill.

McConnell proposed a five-year liability shield for schools, businesses, and hospitals to protect them from Covid-19 related lawsuits, from December 2019 through December 2024. It is something McConnell has indicated is a “must-have” in the next bill.

Democrats have panned the idea but are still waiting to hear more but this could be a big issue. A liability shield such as this one would protect employers from Covid-19 related lawsuits except for those that involve gross negligence and intentional misconduct.

For example, depending on how it is written, employers may not be liable if there is an outbreak at a facility as long as they took reasonable precautions.

What If They Cannot Come To An Agreement?

The Senate is set to return on July 20th and work until August 7th. The House of Representatives has its final scheduled working day on July 31st. Neither chamber is set to return until September 8th.

House Speaker Nancy Pelosi has said that she would delay or cancel the House’s August recess to pass a stimulus bill but Senate Leader McConnell has not yet said he would push for the same.

This means that they have until August 7th to come to an agreement. If the Senate takes its regular recess, that’s only fifteen days.

If they cannot, and McConnell doesn’t delay the Senate recess, then the two chambers would recess and reconvene in early September.

With unemployment benefits set to expire on July 31st, there is little time to negotiate and many won’t be able to wait until September for a resolution.