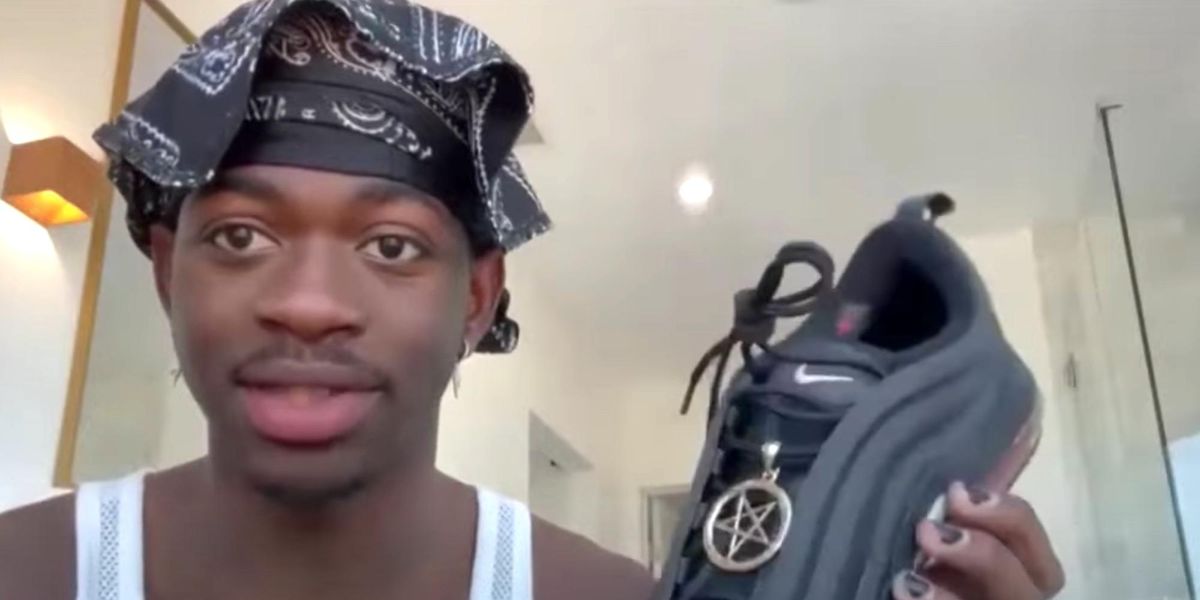 The Nike shoe company filed a lawsuit Monday against a designer that modified their shoes for a controversial satanism-inspired promotion for the rapper Lil Nas X.

The limited edition design by Brooklyn-based company MSCHF was created around pairs of Nike Air Max 97s, but Nike is suing for copyright infringement and dilution of their brand. Only 666 were created.

“Nike has not and does not approve or authorize MSCHF’s customized Satan Shoes,” the complaint from the company said. “Moreover, MSCHF and its unauthorized Satan Shoes are likely to cause confusion and dilution and create an erroneous association between MSCHF’s products and Nike. In fact, there is already evidence of significant confusion and dilution occurring in the marketplace, including calls to boycott Nike in response to the launch of MSCHF’s Satan Shoes based on the mistaken belief that Nike has authorized or approved this product.”

The shoes were reportedly sold out in less than a minute, despite carrying a hefty price tag of $1,018 per pair.

The satanic design includes a pentagram, a citation for a Bible verse that refers to satan, and reportedly includes a drop of blood in the soles of the shoes. It was created as a part of the release of a very controversial video for the rapper’s latest song that includes scenes of the rapper riding a stripper pole to hell in order to seduce the devil.

Critics lashed out at Lil Nas X, but he remained defiant and mocked many of his detractors on social media.

Nike previously disavowed any part in the release of the shoes.

“We do not have a relationship with Little Nas X or MSCHF,” Nike said in a statement. “Nike did not design or release these shoes and we do not endorse them.”

The rapper made light of the lawsuit by posting a meme of a cartoon character begging for change.

me after the nike lawsuit https://t.co/XVLjHlSrru

He tweeted, “me after the nike lawsuit.”

The rapper had previously made headlines when he told a fan who thought she might be pregnant to get rid of their unborn baby.