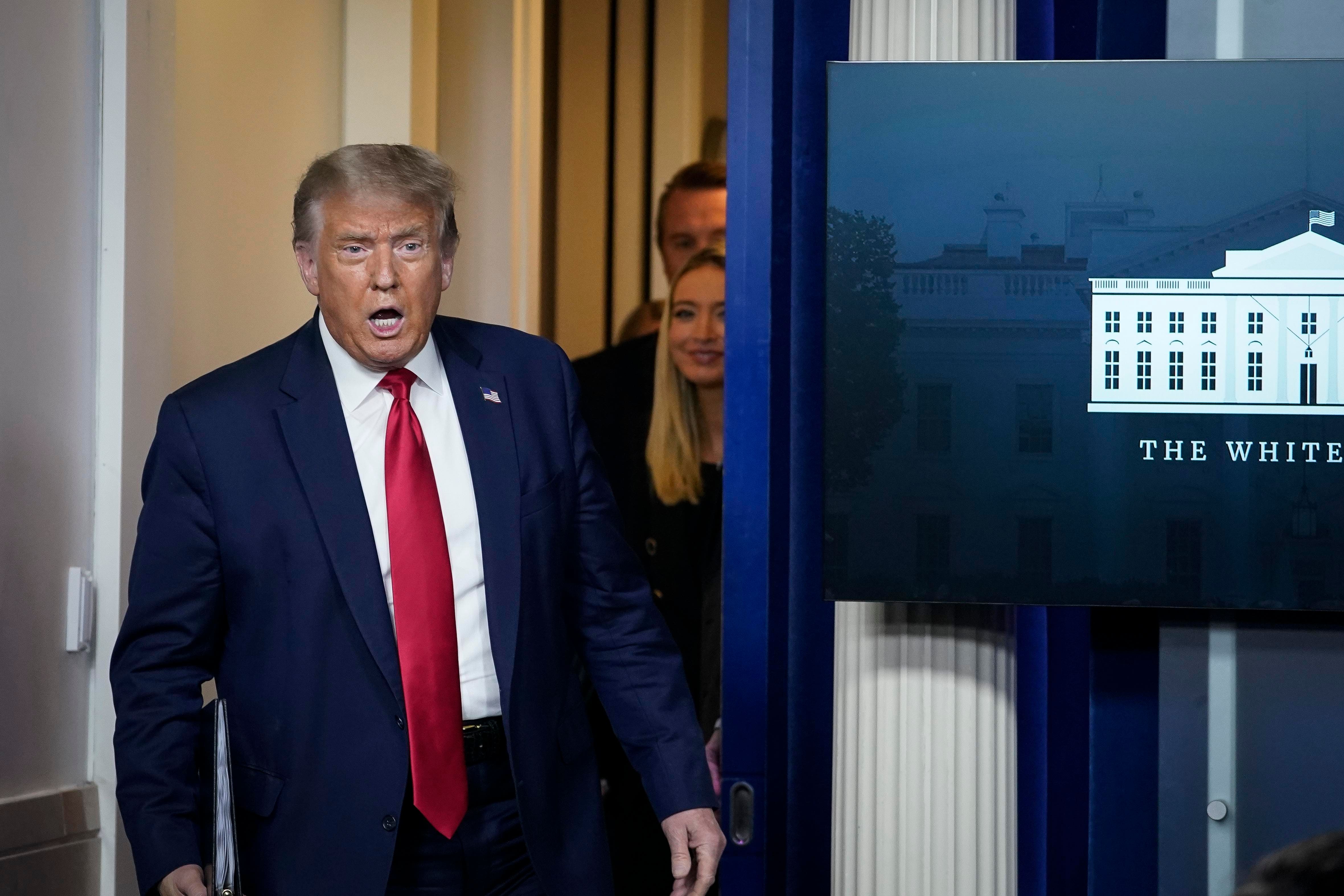 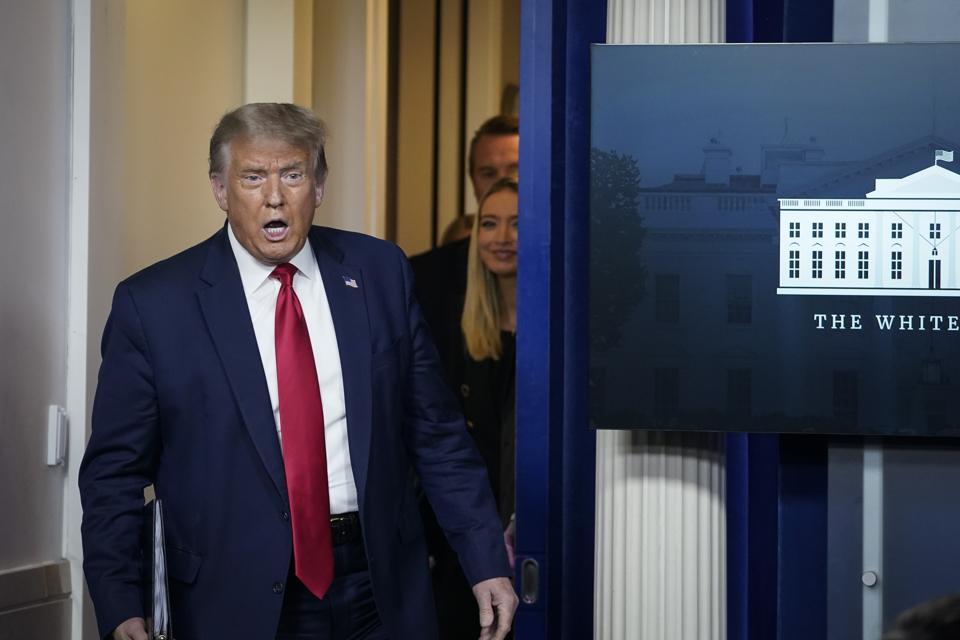 Republicans and Democrats continue to negotiate the next stimulus package and the most recent talks about, at least in public comments to the media, have focused on the $600 per week federal unemployment benefits from the Cares Act that expired last month.

Last week, President Trump suggested a short-term extension of those benefits while lawmakers negotiated but that proposal did not gain any traction.

Senate Leader Mitch McConnell (R-KY) has proposed to replace the expiring program with a $200 per week benefit through September followed by a drop in benefits to 70% of lost wages. Democrats, who passed the Heroes Act in the House of Representatives, want to extend the $600 per week benefit until next year.

Some Republicans, potentially as many as 20 in the Senate, believe there has been enough stimulus and so any package may require the support of Democrats in the Senate if it hopes to pass.

One of the key arguments against the $600 enhanced unemployment benefit is that some people have received more in unemployment than they would’ve in wages – incentivizing them to stay home.

Given that study, it’s natural to assume that two-thirds of unemployed workers would not return to work. If I was paid more to stay home, I’d be hesitant to risk exposure to the virus and return to work only to be paid less.

However, a report out of Yale University found that the enhanced unemployment did not reduce employment. The report’s abstract states: “We find that that the workers who experienced larger increases in UI generosity did not experience larger declines in employment when the benefits expansion went into effect. Additionally, we find that workers facing larger expansions in UI benefits have returned to their previous jobs over time at similar rates as others. We find no evidence that more generous benefits disincentivized work either at the onset of the expansion or as firms looked to return to business over time.”

Their dataset came from Homebase, which is a private company that provides scheduling and time clock software to small businesses, and included several hundreds of thousands of works across the country. It’s not representative of the entire U.S. labor market but is more concentrated in businesses with time clocks, such as those in the food and beverage industry with hourly workers.

You can read the paper yourself.

MORE FROM FORBESWhy The Next Stimulus Check Will Not Be ‘Higher Than’ $1,200By Jim Wang

There Are Many Other Reasons Workers Stay Home

There are a lot of reasons why someone would not, or could not, return to work and several have very little to do with the benefit.

Near the end of July, a reader, Barbara, emailed me with an urgent question. She’s 74 and was furloughed from her job at a large retail store. She was called back to work on August 3rd but was afraid to go back because she knew of two confirmed cases of Covid-19 in her department.

What concerned her was that the store hadn’t told anyone else in the department. She only knew about those cases because they were her personal friends.

She was worried because she would lose her unemployment benefits if she didn’t go back to work during the pandemic. She was didn’t want to go back to work because her age put her in a high risk category.

Fortunately for her, in California, you can refuse to return to work and may still get unemployment insurance benefits: “An individual is disqualified for UI if they refuse to accept ‘suitable’ employment when offered. Under California law, the EDD will consider whether the particular work is ‘suitable’ in light of factors such as the degree of risk involved to the individual’s health and safety. For example, if your employer has complied with the state’s requirements for reopening, and any and all government safety regulations, you may not have good cause to refuse to return to work and could be disqualified from continuing to receive regular UI benefits for a designated period of time.”

In Barbara’s case, her age puts her in a high risk category and she would likely continue to receive her benefits after an eligibility interview. With the expiration of the $600 per week federal benefit, she may have no choice but to return to work (or tap into her retirement accounts) and put herself at risk.

That’s just one scenario but there are so many others that are keeping workers home.

Here in Howard County, Maryland, all our public schools are going to be online through January of 2021. This means that children will be taking their classes from home where they need adult supervision.

If you go on Facebook, everyone is scrambling to find caregivers to help watch their children during the day.

If you work at a company such as Google, which announced its employees could work from home until the summer of 2021, you can work from home and keep an eye on your children.

If, however, you work an hourly job at a local restaurant, you don’t have that luxury. Will you go to work, putting yourself at risk but also then paying most of your wages to a caregiver, or will you stay home to watch your children? Perhaps your best option is to become one of those caregivers and hope the family is willing to have to bring your children along.

This is if you have a job to return to – many businesses that closed during the first few months of the pandemic aren’t reopening. For example, 24 Hour Fitness, a national chain of fitness centers, filed for bankruptcy and closed 130 locations in June.

The federal unemployment benefit is helping many families make ends meet because the pandemic has changed their way of life. While some people may be staying home because unemployment was paying more than their wages, it’s unlikely to be the only reason – there are simply so many.

Every day, lawmakers are meeting to negotiate the next stimulus package and reporting progress, but still no agreement. Federal unemployment benefits is just one piece of the broader package so even if the two parties reach an agreement on this, there are other areas to negotiate.

For now, we just have to wait and see.

How Soon Could You Get A Second Stimulus Check?