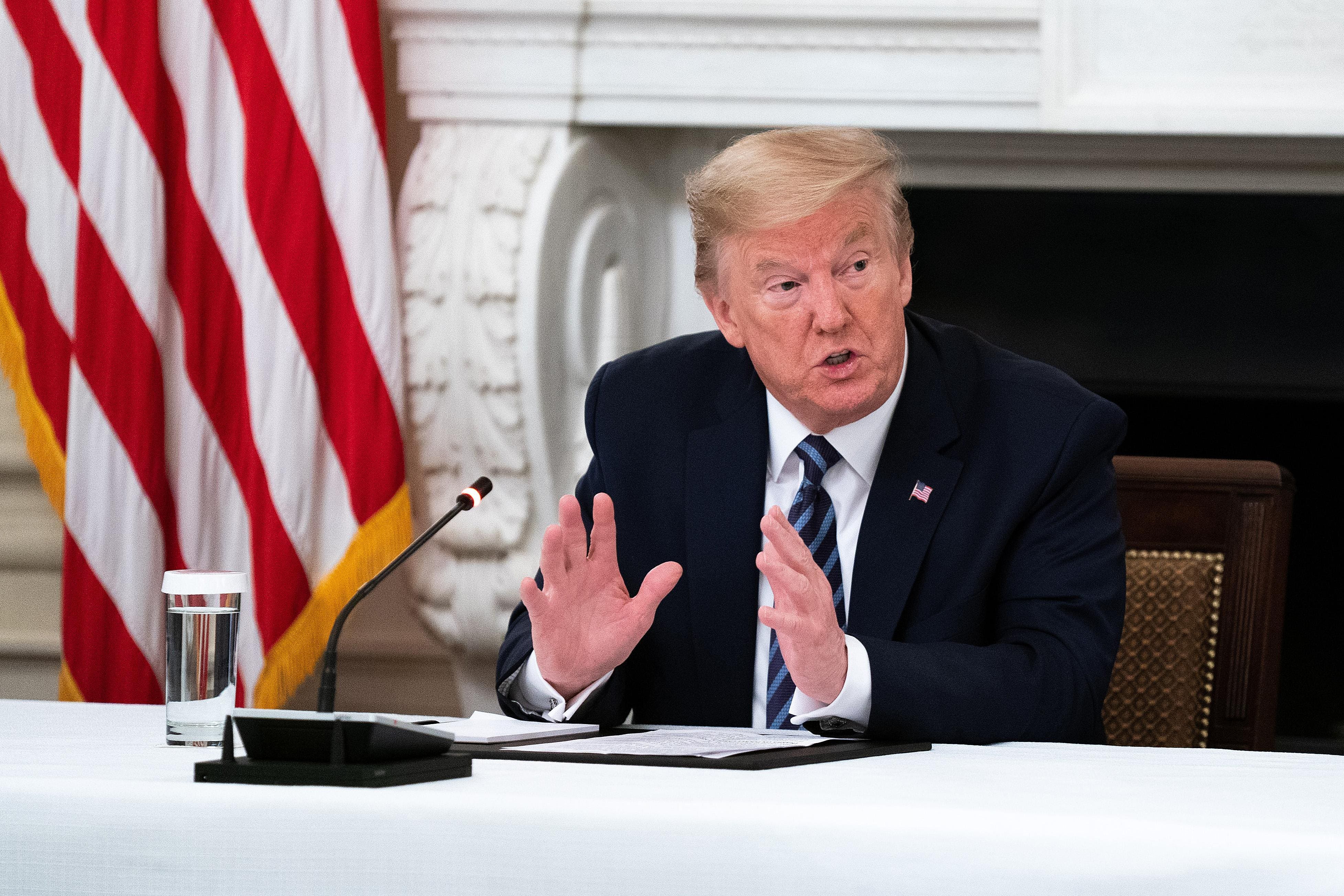 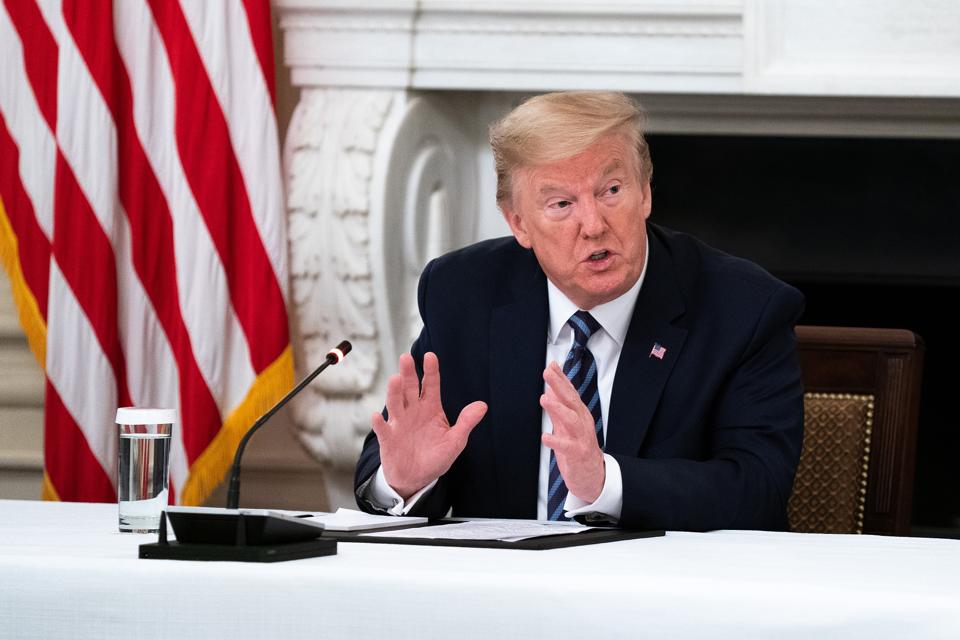 WASHINGTON, DC – MAY 08: U.S. President Donald Trump makes remarks at the beginning of a meeting … [+] with Congressional Republicans in the State Dining Room at the White House May 08, 2020 in Washington, DC. Trump insisted that the national economy will recover this year from the damage caused by novel coronavirus pandemic, saying, “I’m calling it the transition to greatness.” (Photo by Anna Moneymaker-Pool/Getty Images)

As the IRS continues to distribute checks for the first stimulus check form the CARES Act, you’ve probably read articles about how a second stimulus check might be on its way.

We’ve had proposals suggesting $2,000 a month for each adult, a payroll tax cut, and even bills that would cancel rent payments.

But the reality is that despite all the proposals, the next stimulus bill is not going to happen very soon.

First, we have President Trump stating just last Friday, May 8th, that he’s in “no rush” to push forth another stimulus bill. This was while discussing the April unemployment figures that showed the United States lost 20.5 million jobs – pushing unemployment rates to the highest levels since the Great Depression.

The stimulus thus far has had an estimated cost of more than $2 trillion, according to the Heritage Foundation.

That’s potentially just one of the reasons that Larry Kudlow, Director of the United States National Economic Council, told reporters that “We’ve kind of paused as far as formal negotiations go.”

There’s indications that the Trump Administration wants to see the impact of the previous plans before deciding what to do – and that would take several weeks.

Over the weekend, Speaker Pelosi mentioned a that a potential bill would include almost $1 trillion in support to states and cities. As states and cities are shut down, they’re seeing a drastic reduction in tax revenues from traditionally reliable sources, like sales tax.

In late April, Senator McConnell suggested that states could pursue bankruptcy as a way of reliving their burdens. There appears to be little appetite for an additional trillion dollars in support to cash-strapped states.

You can watch a video of that exchange here but this is what Sen. McConnell said:

“I would certainly be in favor of allowing states to use the bankruptcy route. It saves some cities. And there’s no good reason for it not to be available. My guess is their first choice would be for the federal government to borrow money from future generations to send it down to them now so they don’t have to do that. That’s not something I’m going to be in favor of.”

All this is to suggest that while Democrats are eager to propose additional stimulus, they are the only ones eager to formally propose any bills. This leads to the conclusion that any future stimulus bills are still very far away.

If you are in a situation where you need assistance now, here are a few ideas of where to come up with cash:

It is sponsored by the National Association of Unclaimed Property Administrators and helps you find money that you may have left unclaimed in various scenarios. If you’ve ever had a bank account go dormant and be closed, the funds are sent to your state’s unclaimed property division. You can use MissingMoney.com to search your state’s databases to find money that is rightfully yours.

Do you have anything in your closets that might potentially have value? Old cell phones? Or furniture you no longer need? Now is the time to try to turn those into a little extra cash through eBay or Craigslist.

Find a New Side Hustle

If you have some useful skills, perhaps something that can be done remotely, consider going on a jobs marketplace and finding a side hustle that you can do to earn a little extra cash. Platforms like Fiverr and Upwork make it really easy for you to find work especially if you have high-demand skills like web design, video editing, or graphic design.

With a little work, you can give yourself a little financial boost without waiting for Washington WRE to take action.