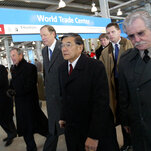 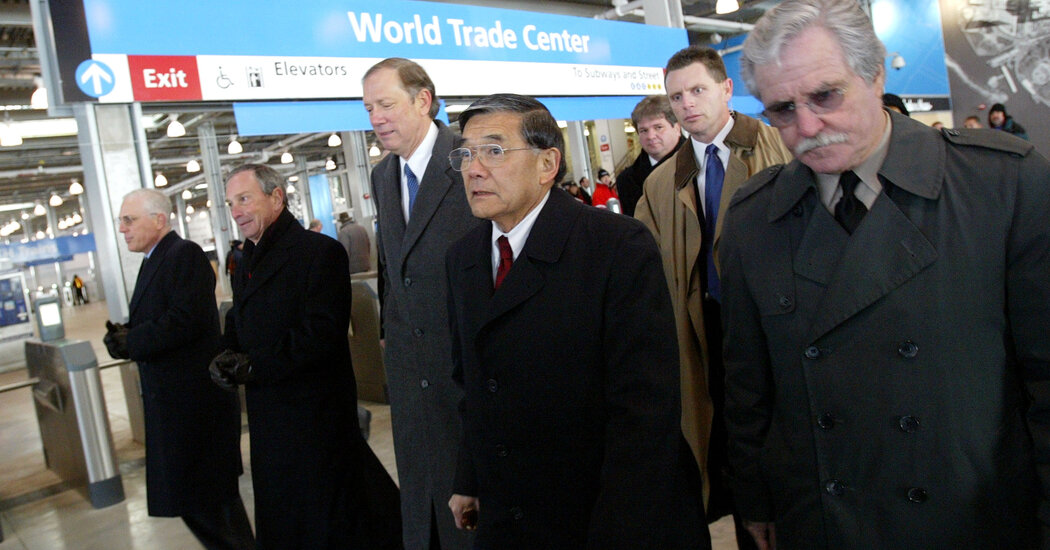 Interned during World War II, he went to Congress and later served in the cabinets of Presidents Bill Clinton and George W. Bush.

Norman Y. Mineta, who as a boy was interned with his family and thousands of other Japanese Americans during World War II, then rose in government to become a 10-term Democratic congressman from California and a cabinet official under Presidents Bill Clinton and George W. Bush, died on Tuesday at his home in Edgewater, Md. He was 90.

John Flaherty, his former chief of staff, said the cause was a heart ailment.

Four decades after Mr. Mineta’s childhood-scarring experiences in an American internment camp, the Civil Liberties Act of 1988, which he co-sponsored, was signed into law by President Ronald Reagan. It authorized $20,000 payments and formal apologies to the survivors and heirs of 120,000 people of Japanese ancestry who had been incarcerated as potential saboteurs or spies after Japan’s surprise attack on Pearl Harbor in 1941. Many victims could not be found, but $1.6 billion in reparations were eventually paid to 82,200 people.

The measure was an emotional high point, if not a political one, for Mr. Mineta, who served nearly 21 years in the House of Representatives, from 1975 to 1995, representing the San Jose, Calif., area in technology-rich Silicon Valley. He was credited with helping to advance hundreds of bills for transportation improvements, economic development, trade, the environment, civil rights and science and technology projects.

After Republicans regained control of the House in 1994, Mr. Mineta resigned his seat in midterm to become an executive with the aerospace giant Lockheed Martin, a major government contractor for transportation and defense projects. He also served as chairman of the National Civil Aviation Review Commission, which Congress established to investigate the crisis created by a rising volume of air traffic.

Mr. Mineta returned to government service in 2000, becoming secretary of commerce — and the nation’s first Japanese American cabinet official — for the last six months of the Clinton administration. Then, almost without skipping a beat, he joined the incoming Bush administration as secretary of transportation, serving from 2001 to 2006, the only Democrat in an otherwise Republican cabinet.

Mr. Mineta quickly made it clear that, for him, transportation was not partisan. “There are no Democratic or Republican highways, no such thing as Republican or Democratic traffic congestion,” he told reporters.

With his transportation experience as a legislator and industry executive, he hit the ground running. He took over a department with 60,000 employees, a $58 billion budget and federal oversight of vast networks of highways, railroads, airports, coastal ports, transit systems, inland waterways and oil and gas pipelines.

On Sept. 11, 2001, when terrorists turned hijacked airliners into missiles that killed thousands at the World Trade Center in New York, at the Pentagon in Northern Virginia and in a field in Pennsylvania, Mr. Mineta joined Vice President Dick Cheney in a command bunker under the White House to respond to the emergency.

As President Bush was shuttled from a school visit in Florida to secure locations in Louisiana and Nebraska, Mr. Cheney placed U.S. forces on alert around the world and ordered the Capitol evacuated and congressional and other leaders removed to safety.

In the aftermath of 9/11, Mr. Mineta claimed that he had ordered all civilian air traffic in U. S. airspace, about 4,500 aircraft, to land immediately. “I said, ‘Get the damn planes down,’” he told ABC News. Mr. Cheney and Mr. Mineta were widely praised as cool hands in the crisis.

But the 9/11 Commission, the bipartisan body set up by Congress to investigate the circumstances of the attacks, found that the unprecedented order to ground the aircraft was issued, on his own initiative, by Ben Sliney, the Federal Aviation Administration’s national operations manager, after hearing that the Pentagon had been hit. The order was executed with great skill and without incident by the air traffic control system, the commission said.

Ten days after the terrorist attacks, Mr. Mineta forbade all United States airlines from subjecting Middle Eastern or Muslim passengers to heightened degrees of preflight scrutiny. In a national mood of suspicion, the orders were widely violated, and enforcement was almost impossible. But several incidents led to charges and multimillion-dollar settlements.

In the months after the attacks, Mr. Mineta organized the newly formed Transportation Security Administration, the federal agency responsible for air-travel safety. He mobilized efforts to upgrade airport security with new equipment to screen for weapons and explosives, and he ordered the training of 65,000 air marshals and ground inspectors to put these measures into effect.

He also increased security on rail and bus lines and in ports and coastal waters. The T.S.A. and the Coast Guard were shifted in 2003 to the new Department of Homeland Security.

There were no more air hijackings on Mr. Mineta’s watch. When he resigned in 2006, after five and a half years, he was the longest-serving secretary in his department’s 39-year history. Mr. Bush awarded him the Presidential Medal of Freedom, America’s highest civilian honor.

Norman Yoshio Mineta was born in San Jose on Nov. 12, 1931, the youngest of five children of Kunisaku and Kane (Watanabe) Mineta. His father emigrated to the United States as a teenager in 1902, and his mother, a picture bride, arrived 10 years later. The couple, denied citizenship under the Immigration Act of 1924 (also known as the Asian Exclusion Act), settled in San Jose, ran a successful insurance agency and raised their children, all birthright American citizens, in a Spanish-style home.

Norman, a Cub Scout who liked tying knots and playing mumblety-peg, had just turned 10 when Japan attacked Pearl Harbor. It was the first time he saw his father cry. He saw him cry again five months later, when the Mineta family of seven was ordered first to a racetrack stable, then to a camp, where they lived in a barracks compound enclosed by barbed wire and patrolled by armed guards.

“My family was told by the military authorities that internment was for our own protection, but the machine guns and searchlights in the guard towers surrounding Heart Mountain, our internment camp in northern Wyoming, faced inward,” Mr. Mineta wrote in an opinion essay in The New York Times in 1983. “Simply put, we were incarcerated solely because of our ethnic background.”

During his detention, young Mr. Mineta, by then a Boy Scout, met Alan K. Simpson, a fellow scout and a future United States senator from Wyoming, who often visited the camp with his own troop. The two, separated in age by little more than two months, became close friends and, later, political allies, though they were of different parties: Mr. Simpson is a Republican.

In 1983, a congressional commission condemned the wartime detention of people of Japanese ancestry, most of them American citizens or legal residents, as a flagrant violation of civil liberties carried out under an executive order by President Franklin D. Roosevelt at a time of widespread prejudice against Japanese Americans as potential enemy agents.

After the war, the Minetas were more fortunate than most detainees, who had lost homes and jobs. They had legally safeguarded their property and business and returned to relatively normal lives. Norman finished high school in San Jose in 1949; graduated from the University of California at Berkeley in 1953; served as an Army intelligence officer in Korea and Japan for three years; and then joined his father’s insurance business.

Mr. Mineta was married twice. In 1961, he married May Hinoki. They had two sons, David and Stuart, and were divorced in 1986. In 1991, he married Danealia Brantner, who had two sons from a previous marriage, Robert and Mark Brantner.

Mr. Mineta is survived by his wife, who is known as Deni, as well as his sons and stepsons and 11 grandchildren.

Mr. Mineta got into local politics, won a City Council seat in San Jose and in 1971 was elected the city’s mayor. He made national news as the first Asian American to become mayor of a major American city.

First elected to Congress in 1974, he became popular with voters by supporting transportation projects and fostering public-private partnerships that created explosive growth in Silicon Valley.