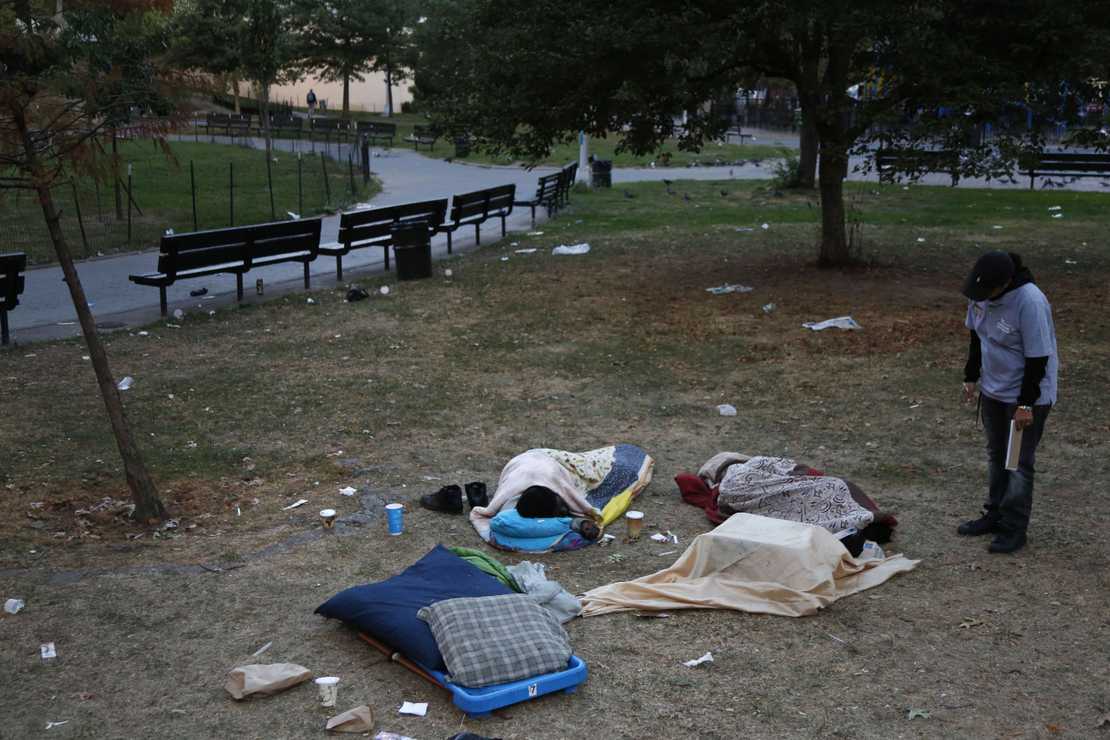 Since the day he took office, New York City Mayor Eric Adams has faced calls demanding that he do something about the homelessness crisis in Gotham. That should have been expected since he promised to address the issue while on the campaign trail. His early efforts largely involved putting more police in the subway stations and around the city’s parks, but those moves sparked protests from civil rights advocates who talked about “abuse” of the homeless and claims that he was trying to “hide the problem rather than solve it.” Now the Mayor has announced a new initiative to deal with the intractable problem of homeless people who are clearly mentally ill. Adams is instructing the police to detain mentally ill homeless people and take them to medical facilities for treatment even if they object to being treated. This plan appears to have even more people up in arms. (Associated Press)

New York City’s mayor on Tuesday said he was directing police and city medics to be more aggressive about getting severely mentally ill people off the streets and subways and into treatment, even if it means involuntarily hospitalizing some people who refuse care.

“These New Yorkers and hundreds of others like them are in urgent need of treatment, yet often refuse it when offered,” Mayor Eric Adams said at a news conference, noting the pervasive problem of mental illness has long been out in the open.

“No more walking by or looking away,” the mayor said, calling it “a moral obligation to act.”

What the Mayor is trying to deal with is a problem that dates back to the 1980s and probably longer than that. There was a time when the mentally ill were regularly put into mental health facilities against their will, but civil rights activists eventually brought an end to that practice. This led to a flood of mental patients taking up residence on the streets, bringing us to the situation we see today. The problem with “freeing” the mentally ill is that many of them are prone to violence. Look no further than the number of people being randomly shoved in front of trains on the subway for proof.

With that in mind, I felt an immediate urge to applaud the Mayor for this move. Unfortunately, this plan will immediately run into a host of problems that run far beyond the objections already being raised by advocates for the rights of the homeless. First of all, current laws in New York state that you can only detain a person in a mental health facility against their will for three days unless you can get a court to agree that they pose an imminent threat to the safety of themself or others. That’s not always easy to prove, so most of the people who resist will likely be back out on the streets in short order.

It’s also time-consuming and expensive to do this. Police will be diverted from other law enforcement work to pick up and transport the mentally ill.  And the city will be saddled with the bill for their medical care. Given the volume of mentally ill homeless people in the Big Apple, those costs will add up quickly. And medical officials interviewed by the AP for this report are positive that there aren’t nearly enough beds in the city’s mental health facilities to accommodate that many people even if you were able to round them all up.

It’s also being pointed out that police officers are not doctors or mental health experts. They are basically being tasked with making a medical evaluation of each homeless person when they have no training in that field. Every incorrect “diagnosis” made by a cop will open the door to a lawsuit being brought by a lawyer looking for an easy score. That too will become expensive very quickly.

None of the factors above address the underlying reality of the situation. Much like people with severe alcohol or other substance abuse issues, it’s virtually impossible to help someone who does not want to be helped or who may not even realize they have a problem. So while the Mayor is making an admirable effort to do something to address this challenge, I’m not hopeful that this is the way to handle it.