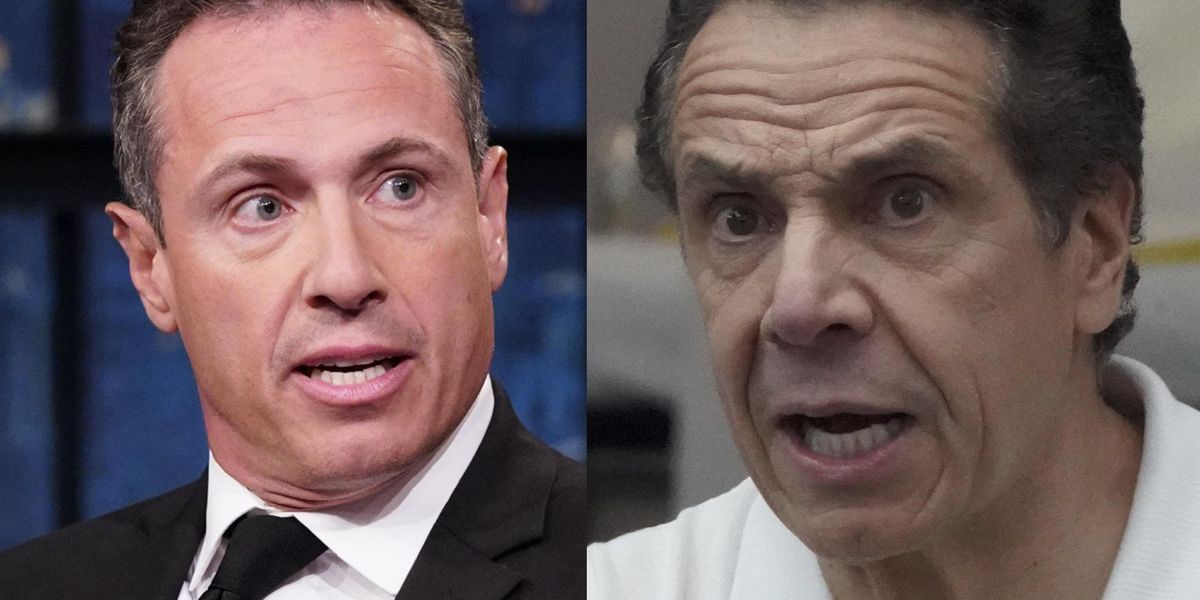 Cuomo acknowledged that CNN would have to cover the story but that he could not because of his conflict of interest.

“Before we start tonight, let me say something that I’m sure is very obvious to you who watch my show, and thank you for that,” said Cuomo.

“Obviously I am aware of what is going on with my brother. And obviously I cannot cover it because he is my brother. Now, of course CNN has to cover it. They have covered it extensively and they will continue to do so,” Cuomo continued.

“I have always cared, very deeply, about these issues, and profoundly so,” he concluded. “I just wanted to tell you that, there’s a lot of news going on that matters also, so let’s get after that.”

>> @ChrisCuomo at the top of @CuomoPrimeTime tonight: “Obviously I am aware of what is going on with my brother. An… https://t.co/xYxXVQDL1h

The CNN host was besieged online by those pointing out that he didn’t abstain from covering his brother before the newest damaging accusations. Some mocked him by reminding him of an embarrassing interview where he held a giant cotton swab to poke fun at his brother.

Gov. Cuomo faced a third accuser on Monday who claimed that he had made unwanted advances at her during a wedding in Sept. 2019. She also was able to produce a photograph capturing their interaction.

The first accusation came from a former aide that said Cuomo had inappropriately touched her and kissed her on the lips without her consent. The second accuser was another former aide who claimed Cuomo had asked her inappropriate questions and appeared to be grooming her for a sexual relationship.

The beleaguered governor has addressed the first two accusers in a statement that denied any inappropriate touching and explained away his allegedly inappropriate comments as harmless “banter” that was misunderstood by the objects of his “playful” jokes.

Earlier on CNN, New York City Mayor Bill de Blasio hammered away at the governor and said that if any of the accusations were confirmed that Cuomo would have to step down from the governorship.

Here’s how CNN covered the accusations against Cuomo: