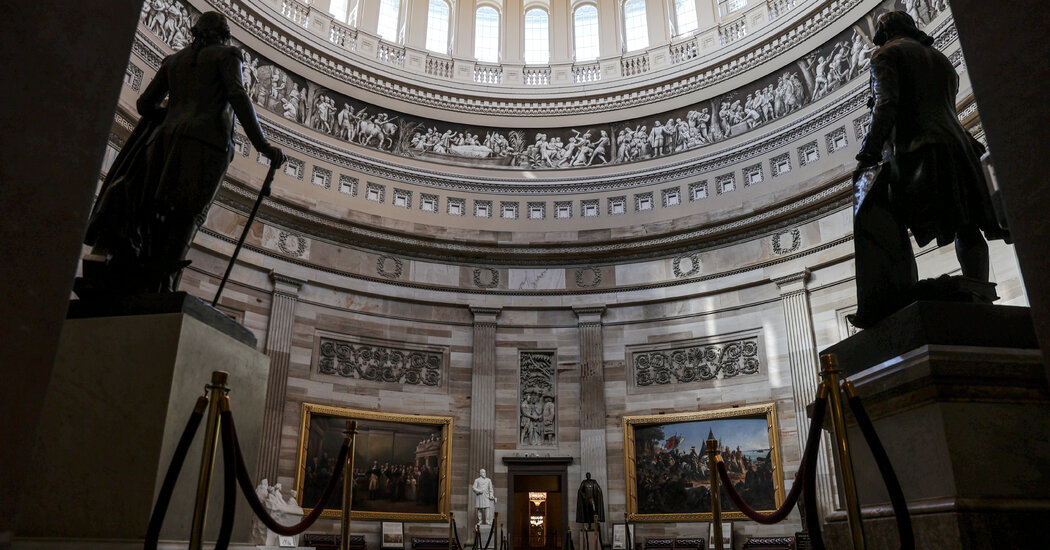 Officer William F. Evans of the Capitol Police, who was killed when a car rammed into him outside the Capitol this month, will lie in honor Tuesday in the building he gave his life protecting, the latest tragedy suffered by a police force still reeling from the mob violence of Jan. 6.

President Biden is scheduled to visit the Capitol for a midmorning ceremony to honor Officer Evans, an 18-year veteran of the Capitol Police. He will join Speaker Nancy Pelosi; Senator Chuck Schumer, Democrat of New York and the majority leader; other police officers; and members of Officer Evans’s family.

Officer Evans will be the second member of the Capitol Police force to be honored in the Rotunda this year after being killed in the line of duty, following Officer Brian D. Sicknick, who was attacked by the rioters who stormed the Capitol in January.

“This has been an immensely difficult few months for members of the Capitol Police force and for everyone who works behind the scenes to safeguard the Capitol complex,” Mr. Schumer said on Monday. “In this moment of profound loss, we need to comfort each other and support members of the Capitol Police, who, in four short months, suffered a brutal attack by a violent mob and lost four of their friends and cherished colleagues. We must never — never — take for granted the work they do, day in and day out, to guard this citadel of democracy.”

The Capitol Police have named Noah R. Green, 25, as the man who rammed his car into two officers outside the Capitol on Good Friday, killing Officer Evans. The second officer, Ken Shaver, suffered injuries that were not life-threatening.

“His death has left a gaping void in our lives that will never be filled,” Officer Evans’s family said in a statement released last week.

Senator Mitch McConnell, Republican of Kentucky and the minority leader, described Officer Evans on Monday as “famous within the Senate for his friendly spirit and easy manner.”

“He was the first face that many would see on their way into work here in the Capitol,” Mr. McConnell said, adding that Officer Evans’s assignment meant he was the “first line of defense of the Congress — the interface between these grounds and the outside world.”

“We could not have had a kinder, more likable ambassador at this junction or a more faithful protector to keep us safe,” he said.

The Capitol Police force has been struggling since Jan. 6, when hundreds of pro-Trump rioters attacked the Capitol in an attempt to stop the formalization of Mr. Biden’s victory and keep former President Donald J. Trump in power. The rampage injured nearly 140 police officers.

Officer Sicknick later collapsed and died from injuries sustained “while physically engaging with protesters,” according to the police. Two other officers involved in the response have died by suicide, the local police have said.

One officer lost the tip of his right index finger during the assault. Others were smashed in the head with baseball bats, flag poles and pipes.

Sondheim Is Writing a New Musical, and Hopes to Stage It Next Year