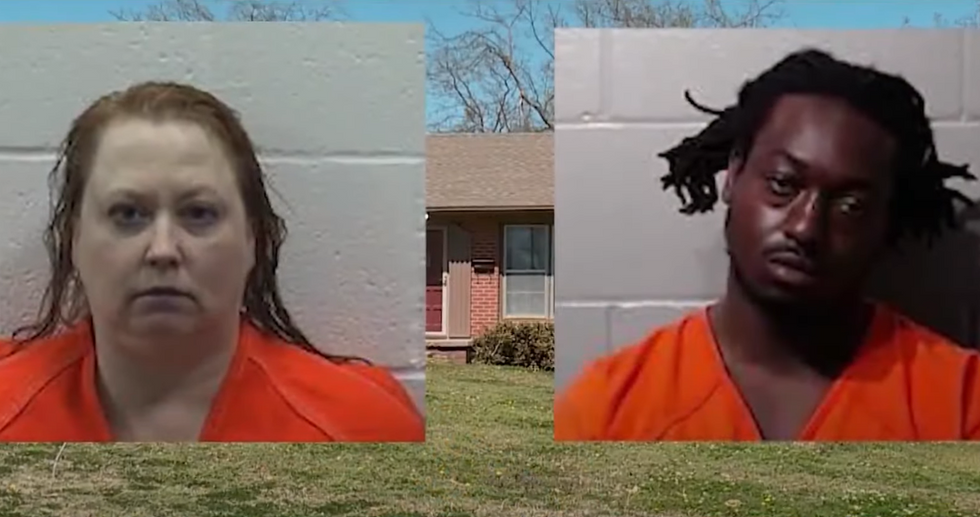 An Oklahoma woman was sentenced to life in prison for her role in convincing her lover to murder her pastor husband. The woman claims that her pastor husband put her through decades of sexual and emotional abuse.

Kristie Evans, 49, was sentenced to life in prison on Wednesday by Pontotoc County District Judge Steven Kessinger. Evans will be eligible for parole in 2060.

In January 2021, the couple started having numerous threesomes with Kahlil Square. Kristie and Square had an affair behind David’s back.

“Kristie and David first met Kahlil months ago at a Super 8 Motel,” the affidavit states. The trio had sex at the Super 8 Motel on more than one occasion. One time, “Kristie secretly dropped her phone number on the floor for Kahlil. Kristine continued to communicate by phone daily with Kahlil without David’s knowledge.”

She testified that she begged Square to kill David – a 50-year-old Baptist pastor at the Harmony Church in Ada.

“I was desperate,” she told the court. “I wanted to be free from that. I knew of no other way.”

Judge Kessinger said Evans planned the murder, gave Square a gun, and a box of bullets, and left the backdoor of her home open for him to enter.

On March 22, 2021, Square entered the home while David was sleeping in his bed and fatally shot the pastor in the head. David had just returned from a mission trip to Mexico.

Kristie claimed that as her husband was dying, she said, “I held his hand and told him I was sorry.”

The wife called 911 around 1 a.m., and alleged that an intruder had broken into her home and murdered her husband.

Neighbors informed investigators that a white Ford Mustang had been at the house in the days leading up to the murder when David was in Mexico.

When questioned about the vehicle, Evans admitted to authorities that she had been cheating on her husband with Square.

“Four days later, she confessed to her daughter, Brittney Long, that she had ‘begged’ her lover to kill her father. She then went to the police and turned herself in,” the Daily Mail reported.

She told authorities that she urged Square to “proceed with the plan” when he arrived at the house and she stayed in the living room while her lover went to the bedroom and shot her husband to death, according to the affidavit.

Evans pleaded guilty to murder in the first degree in April.

Evans told the judge she was remorseful for her deadly actions and begged for a lenient sentence.

However, Judge Kessinger pointed to a letter Evans sent to another prison inmate.

“I could wear a man out,” Evans reportedly wrote the other inmate. “Any man would have done it for me after I got through with him.”

Kessinger said the “pornographic” letter showed a lack of remorse.

The prosecutor conceded the pastor was secretly a “dark, dark individual,” but stressed it was no reason for murder. The prosecutor asserted that Kristie Evans had her husband murdered to get his $250,000 life insurance policy.

The case against Square is ongoing, and his next court date is Aug. 25.