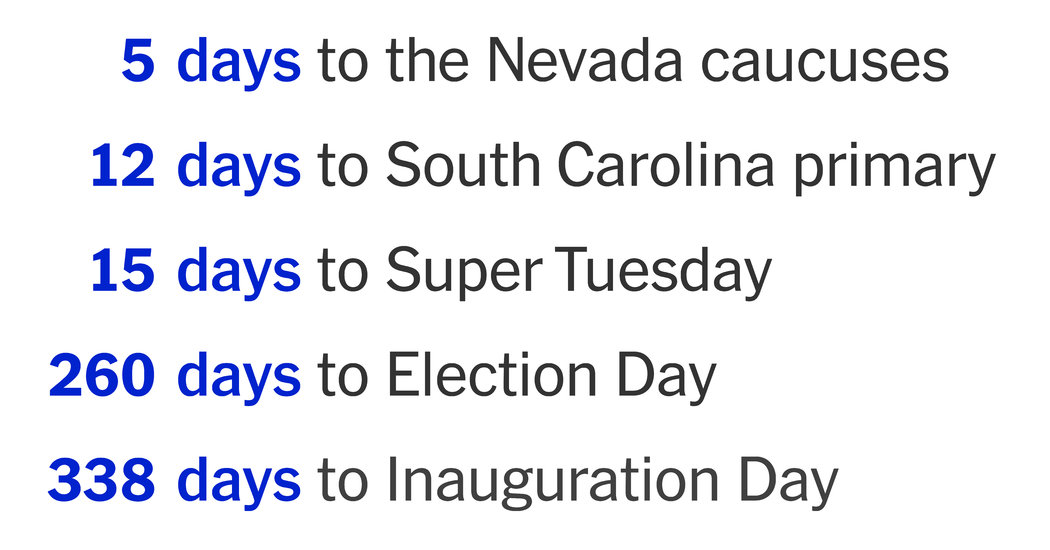 Biden held a rally in Las Vegas on Saturday.

The backlash is growing against William Barr, the attorney general, for his intervention last week in the Justice Department’s prosecution of Roger Stone, a former Trump ally.

When Barr insisted that prosecutors request a lighter sentence than they originally had, he got a pat on the back from Trump via Twitter.

But all four of the lawyers assigned to the case immediately resigned from it, and on Sunday 1,100 former Justice Department officials published a letter calling for Barr to give up his post.

“Such behavior is a grave threat to the fair administration of justice,” they wrote. “In this nation, we are all equal before the law. A person should not be given special treatment in a criminal prosecution because they are a close political ally of the president.”

On Friday, nine Democratic senators — including Sanders and Warren — sent a letter to Barr, urging him to resign. “You lied to Congress during your confirmation hearing when you stated that you would ‘keep the enforcement process sacrosanct from political influence,’” the senators wrote.

Pelosi tells Democrats to focus on issues, not impeachment

Now that the president has beaten back impeachment, Democrats worry that they may be unable to stop him from interfering in legal matters tied to his own alleged corruption — as in the case against Stone.

But they also worry that focusing on his purported misconduct will not be a winning strategy. Instead, Speaker Nancy Pelosi is telling members of her party that they should focus on kitchen-table issues, like health care and job creation, as well as the broader idea of attacking corruption in Washington.

Throughout the impeachment process, national polls reflected a deeply divided electorate, with a wide majority of Democrats favoring impeachment and an equally large share of Republicans opposing it. Independents were generally split. In the wake of the president’s acquittal, Democratic lawmakers are hoping to turn the page — rather than rehashing the trial on the campaign trail.

Their work may be cut out for them: A Monmouth University poll released last week found that Trump is seen favorably by 54 percent of voters in swing counties (those where the presidential vote was decided by 10 points or fewer in 2016), versus 47 percent who see him unfavorably.

“His erratic, corrupt, unconstitutional behavior speaks for itself at this point,” Representative Hakeem Jeffries of New York, the chairman of the House Democratic Caucus, told Sheryl.