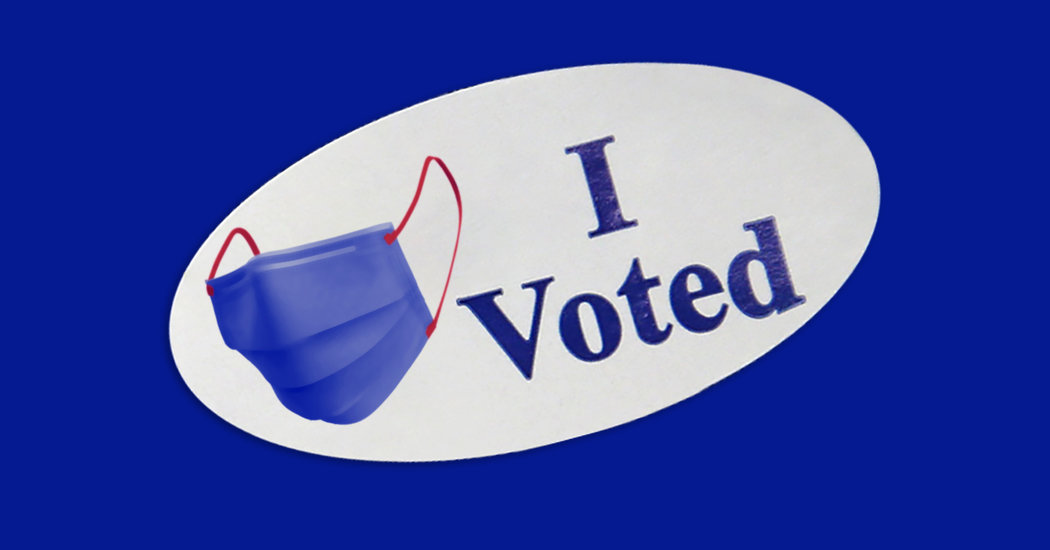 A man left the Frank P. Zeidler Municipal Building in Milwaukee on Monday after he wasn’t able to cast his ballot at the already closed drop-off site.

A national survey of hospitals revealed widespread frustration over difficulties in acquiring coronavirus tests, according to a report released Monday by the Department of Health and Human Services’ inspector general.

But at his news conference on Monday, Trump didn’t want to hear about it.

Sparring with multiple reporters who asked him about the report’s findings — which were based on a survey of 323 randomly selected hospitals — he spent as much time insinuating that the inspector general was untrustworthy as he did speaking to the hospitals’ concerns.

Separately, Trump on Friday fired the intelligence community inspector general who had forwarded the whistle-blower report that led to the president’s impeachment. On Sunday, that inspector, Michael Atkinson, pointedly spoke out in support of whistle-blowers. “Please do not allow recent events to silence your voices,” he said in a statement.

At the briefing Monday, Trump seemed to grow irritated at the mention of the words “inspector general.”

He cut off multiple reporters, asking first for the name of the inspector general who had led the survey of hospitals (it’s Christi Grimm, he was told) and then challenging them to find out when she had been appointed to her position. (He was told that it was this year, and that she had been with the department since 1999.)

As he has consistently done in the past, Trump responded to questions about the availability of coronavirus tests by rejecting the premise. He bragged that the United States had conducted more tests than any other country. And he refused to accept that the buck stopped with him. “States can do their own testing,” he said. “We’re the federal government. We’re not supposed to stand on street corners doing testing.”

With Boris Johnson, the British prime minister and a Trump ally, now in intensive care, the president did say that he was open to having more officials in his administration tested to make sure the virus wasn’t going around the White House. “I think we’ll probably have quite a few tests,” he said. “It’s not the worst idea.”