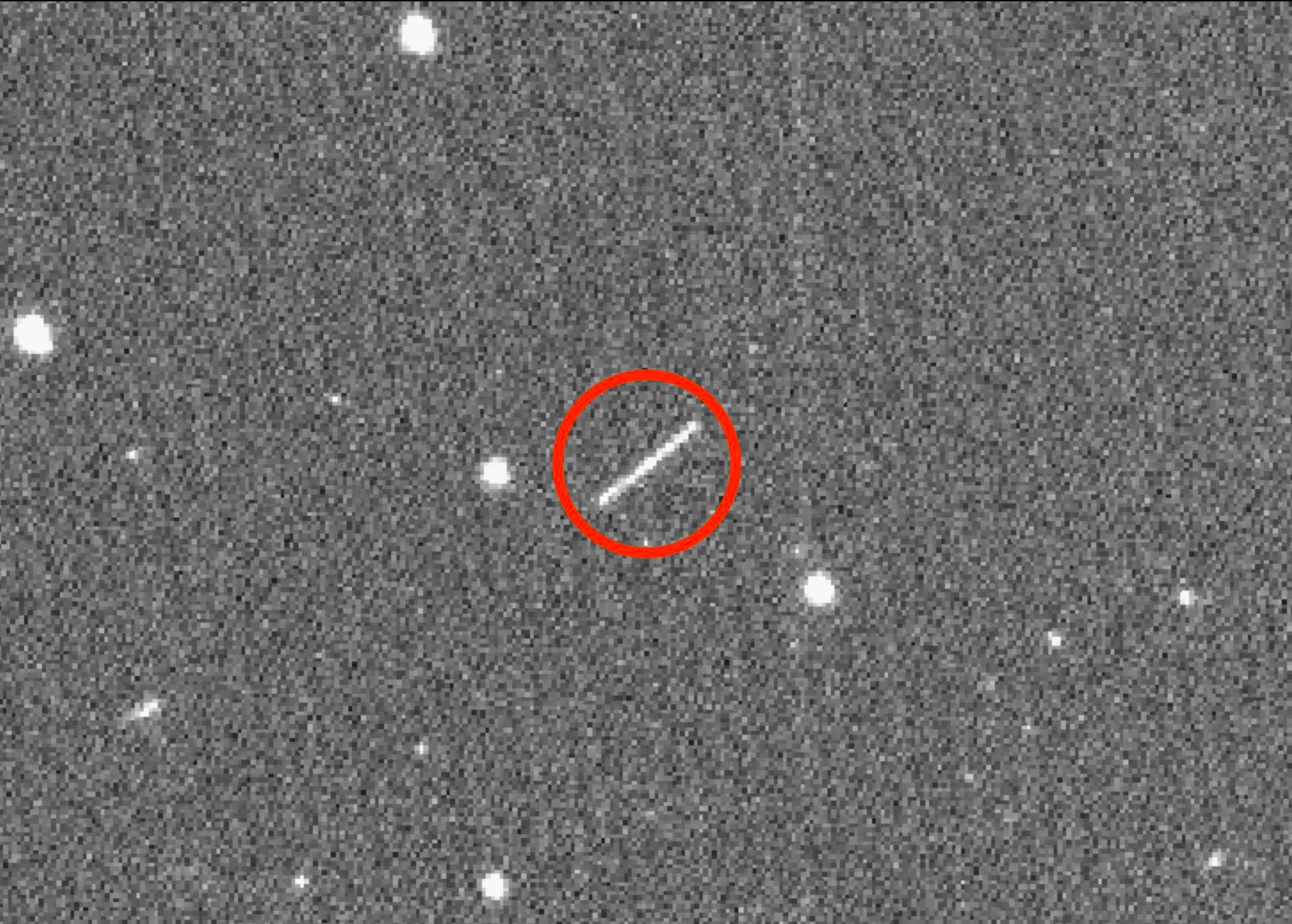 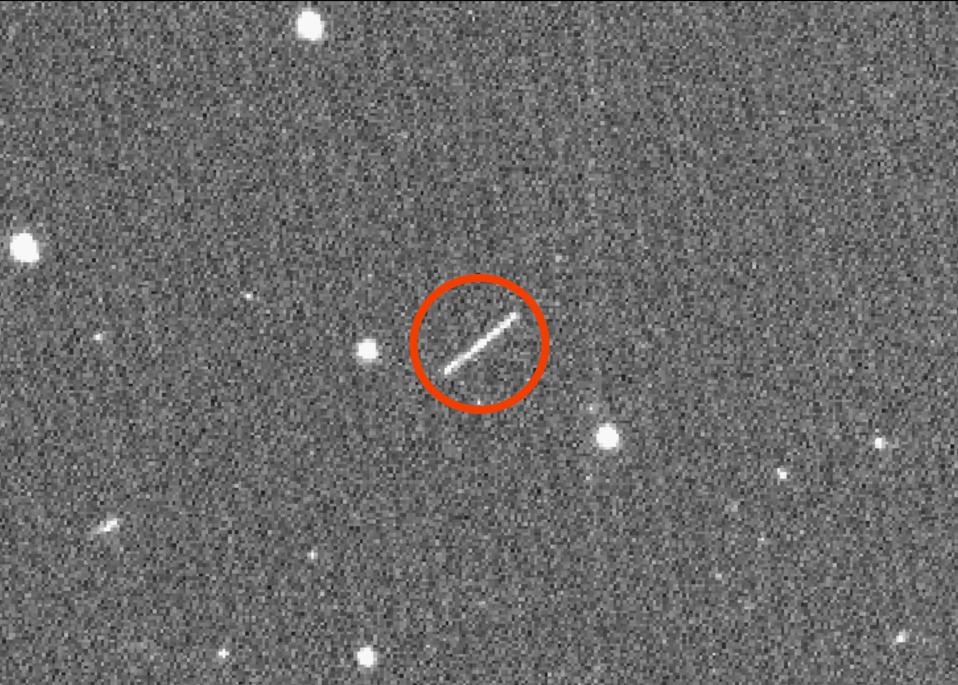 Taken six hours after its closest approach, this is the first image of Asteroid 2020 QG. The … [+] asteroid shows up as a streak because it is closer than the background stars.

It has emerged that just a few days ago at 12:08 a.m. EDT on Sunday, August 16, 2020 an asteroid was spotted that had just a few hours earlier gotten very (very) close to Earth.

So close, in fact, that Earth’s gravity bent its trajectory.

Its finders are calling it Asteroid 2020 QG. It’s now the closest known “non-impacting” asteroid to ever fly by our planet.

It’s around 10-20 feet/3-6 meters across, so around the size of a large elephant. That’s not large enough to cause catastrophic damage if it hit Earth; instead, the scientists say it would likely have burned-up in our planet’s atmosphere.

The asteroid’s closest approach to Earth at a distance of 1,830 miles/2,950 kilometers above the planet’s surface.

That’s super-close. It’s thought that on average an asteroid gets that close about once a year; most are not detected.

The vast majority of near-Earth asteroids (NEAs) pass by much farther away, usually beyond the Moon.

However, at just 8 miles/12.3 kilometers per second 2020 QG is traveling relatively slowly.

This illustration shows asteroid 2020 QG’s trajectory bending during its close approach to Earth. … [+] The asteroid is the closest known nonimpacting asteroid ever detected.

As 2020 QG got close, Earth’s gravity dramatically bent its trajectory.

“Our calculations show that this asteroid got turned by 45º or so as it swung by our planet,” said Paul Chodas, director of the Center for Near-Earth Object Studies (CNEOS) at NASA’s Jet Propulsion Laboratory in Southern California.

Kunal Deshmukh, a student at the Indian Institute of Technology Bombay, who with colleague Kritti Sharma and Chen-Yen Hsu at National Central University in Taiwan had been scanning that day’s images.

Those images came from the ZTF telescope.

When asteroids speed across the sky, they leave streaks in images that are mostly sorted through using computers. It picks the most promising ones for humans to look at because many are satellites; only the human eye and brain can identify an asteroid from a satellite. 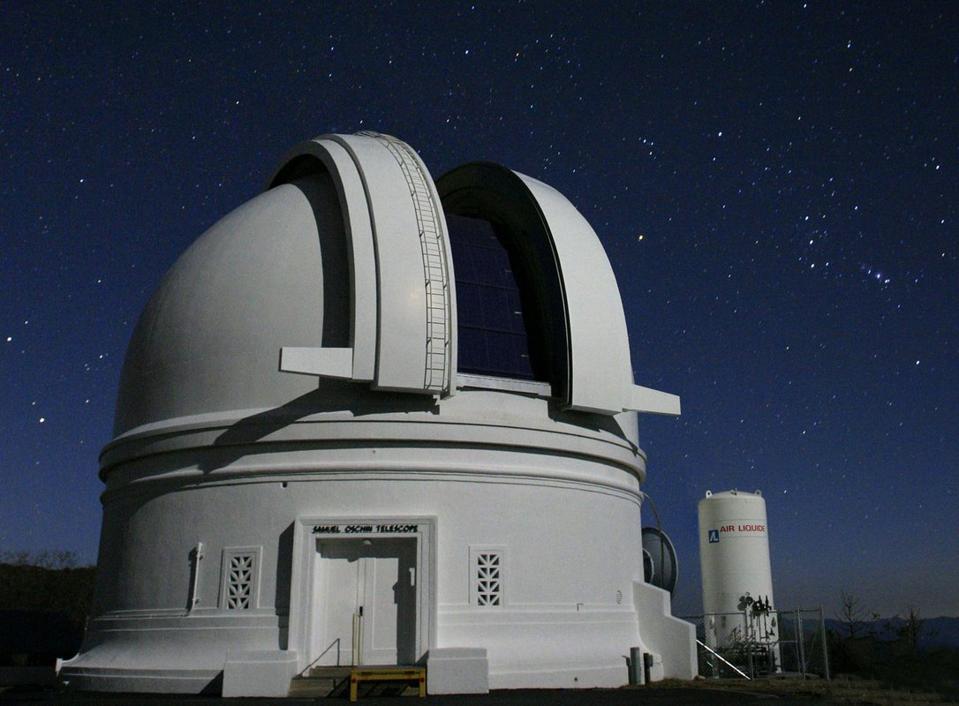 What is the ZTF?

By some estimates, there are hundreds of millions of small asteroids the size of 2020 QG, but they are extremely hard to discover until they get very close to Earth.

“ZTF’s large-field of view and rapid data processing allows it to find rare asteroids like this that other telescopes might not find,” says George Helou, ZTF co-investigator and director of IPAC, an astronomy center, at Caltech.

“It’s quite an accomplishment to find these tiny close-in asteroids in the first place, because they pass by so fast,” said Chodas. “There’s typically only a short window of a couple of days before or after close approach when this small of an asteroid is close enough to Earth to be bright enough but not so close that it moves too fast in the sky to be detected by a telescope.”

How big does an asteroid need to be to be considered dangerous?

About 460 feet/140 meters or larger, although as well as causing a lot of damage if they were to impact Earth, they’re also much easier to find than NEAs like 2020 QG.

NASA’s Planetary Defense Coordination Office is tasked with finding 90% of NEAs of that big size well in advance.