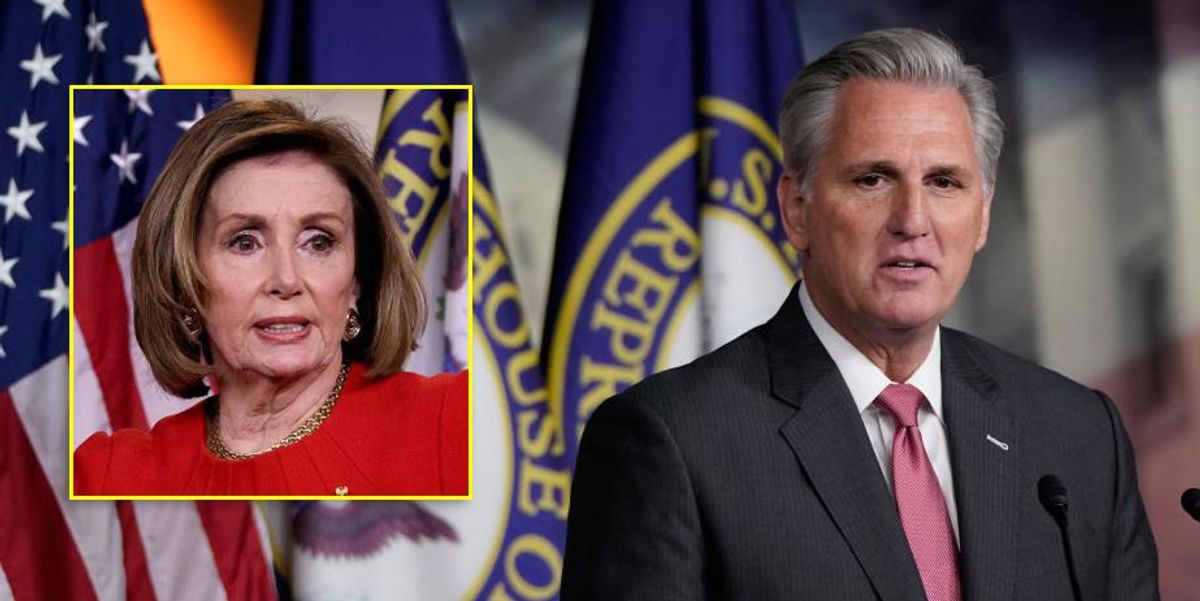 House Minority Leader Kevin McCarthy (R-Calif.) faced calls to resign from outraged Democrats on Sunday after he made a joke about House Speaker Nancy Pelosi and what he would do if Republicans regained the House majority in the 2022 midterm elections.

What did McCarthy say?

At a dinner in Nashville on Saturday night, the Tennessee Republican congressional delegation gifted McCarthy an oversized gavel with the words “Fire Pelosi” emblazoned on it.

During his speech, McCarthy reportedly said it would be difficult not to hit Pelosi with the House speaker’s gavel if Republicans retake the House majority, which would likely make McCarthy, as leader of the Republicans, speaker of the House.

“It will be hard not to hit her with it but I will bang it down,” McCarthy said.

What was the reaction?

Democrats voiced outrage over McCarthy’s remarks, many of whom demanded he resign. Much of the outrage conflated McCarthy’s joke to the U.S. Capitol riots on Jan. 6.

Pelosi has not responded to McCarthy’s comments. Her spokesman, however, has. Drew Hammill, writing on his personal Twitter account, called McCarthy’s joke “irresponsible and disgusting.”

“A threat of violence to someone who was a target of a #January6th assassination attempt from your fellow Trump supporters is irresponsible and disgusting,” Hammill said.

A threat of violence to someone who was a target of a #January6th assassination attempt from your fellow Trump supp… https://t.co/YPOXURbOJz

Tensions between Pelosi and McCarthy have been rising in recent weeks.

Last month, Pelosi rejected two of McCarthy’s selections for the panel investigating the Jan. 6 riots. McCarthy responded by removing all Republican lawmakers from the committee that he had picked; the only two Republicans on the committee, Reps. Liz Cheney (R-Wyo.) and Adam Kinzinger (R-Ill.), were selected by Pelosi.

Then, last week, Pelosi called McCarthy a “moron” for opposing her face mask requirement for all U.S. House members. Many of the same voices condemning McCarthy for his joke on Saturday were praising Pelosi last week for insulting McCarthy.