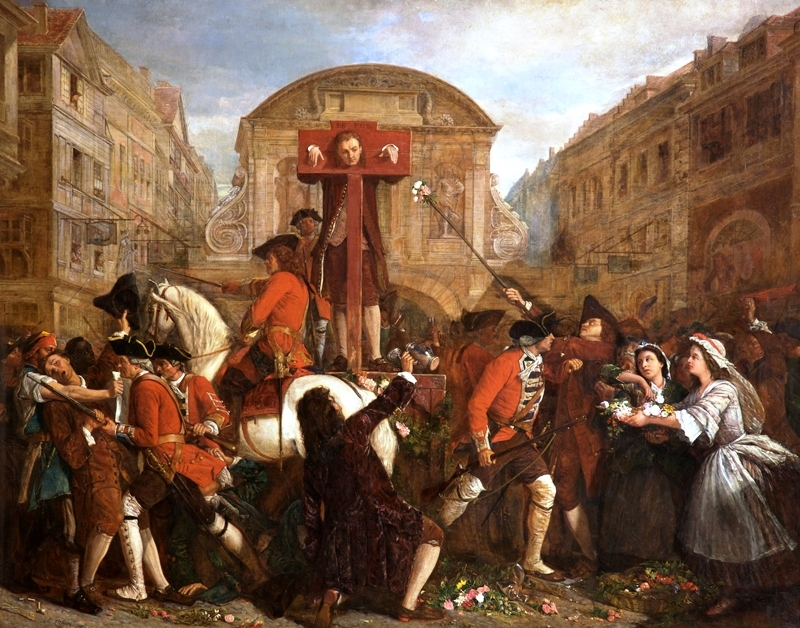 Just ahead of Episode Twelve of A Journal of the Plague Year, thank you again for your kind comments about this caper and all our other Tales for Our Time. Well over two years ago now, we launched this series of audio adventures on a whim, threw it together somewhat hastily, and learned on the job. So I’m enormously grateful for your appreciation of it.

Our current tale is Daniel Defoe’s forensic account of the Great Plague of London in 1665 – which somehow manages to be perfectly in tune with everything happening in Bergamo and Madrid and New York right now. A Lone Star member of The Mark Steyn Club, Steven McClaskey, has gone from virus to Weimar:

We are scrooched down here in north Texas, and your Tales for our Time is bracing company. One of the casualties of Convid 19 is currency world wide. Ours is being dumped on us in wheelbarrow loads; which is what we will need for a loaf of bread soon. And it appears the fate of the Euro is in question. Will the virus leave a monetary ‘new normal’ in its wake, do you think?

I’m not sure what money will look like when this is over, Steven – if we still have any. I see that China has been destroying possibly “infected” banknotes from hospitals and wet markets – another aspect of 1665 London Defoe describes in vivid detail, although in his case it’s coins that have to be disinfected.

In tonight’s episode, our narrator addresses a stage of the pandemic we do not appear yet to have reached:

That there were a great many robberies and wicked practices committed even in this dreadful time I do not deny. The power of avarice was so strong in some that they would run any hazard to steal and to plunder; and particularly in houses where all the families or inhabitants have been dead and carried out, they would break in at all hazards, and without regard to the danger of infection, take even the clothes off the dead bodies and the bed-clothes from others where they lay dead.

This, I suppose, must be the case of a family in Houndsditch, where a man and his daughter, the rest of the family being, as I suppose, carried away before by the dead-cart, were found stark naked, one in one chamber and one in another, lying dead on the floor, and the clothes of the beds, from whence ’tis supposed they were rolled off by thieves, stolen and carried quite away.

It is indeed to be observed that the women were in all this calamity the most rash, fearless, and desperate creatures, and as there were vast numbers that went about as nurses to tend those that were sick, they committed a great many petty thieveries in the houses where they were employed; and some of them were publicly whipped for it, when perhaps they ought rather to have been hanged for examples…

When it comes to being made a public example, Daniel Defoe knew whereof he spoke. He was himself a dissenter (religiously speaking, from the Church of England), but he wrote a satirical attack on dissenters. And, as is the case with the brain-dead moron social-justice “content moderators” at Twitter/Facebook/YouTube today, the pro-dissenter Whig government failed to spot the ironics and had him put in the pillory (see top right). The only thing anybody threw was flowers, and Defoe’s pals did a brisk trade selling his pamphlets.

If you’re a member of The Mark Steyn Club you can hear Part Twelve of our serialization of A Journal of the Plague Year simply by clicking here and logging-in. All previous episodes can be found here.

~Membership in The Mark Steyn Club is not for everyone, but it helps support all our content – whether in print, audio or video – and keep it available for everyone, around the world. Indeed, we now provide more free content each week than ever before in our seventeen-year history. And, aside from Tales for Our Time, being a Steyn Club member does come with a few other benefits:

~Exclusive Steyn Store member pricing on over 40 books, CDs and other items in the Steyn store;
~The opportunity to engage in live Q&A sessions with yours truly;
~Transcript and audio versions of our video content, such as Mark’s Mailbox and The Mark Steyn Show;
~Comment Club privileges;
~Our Sunday series of video poetry and other specials;
~Advance booking for my live appearances around the world – including the forthcoming third Mark Steyn Club Cruise, which, should the Coronapocalypse ever end, might actually come forth;
~Customized email alerts for new content in your areas of interest;
~and the opportunity to support our print, audio and video ventures as they wing their way around the world.

To become a member of The Mark Steyn Club, please click here – and don’t forget our special Gift Membership.

Please join me tomorrow for Part Thirteen of A Journal of the Plague Year.

The First of Ninety-Nine Red Balloons