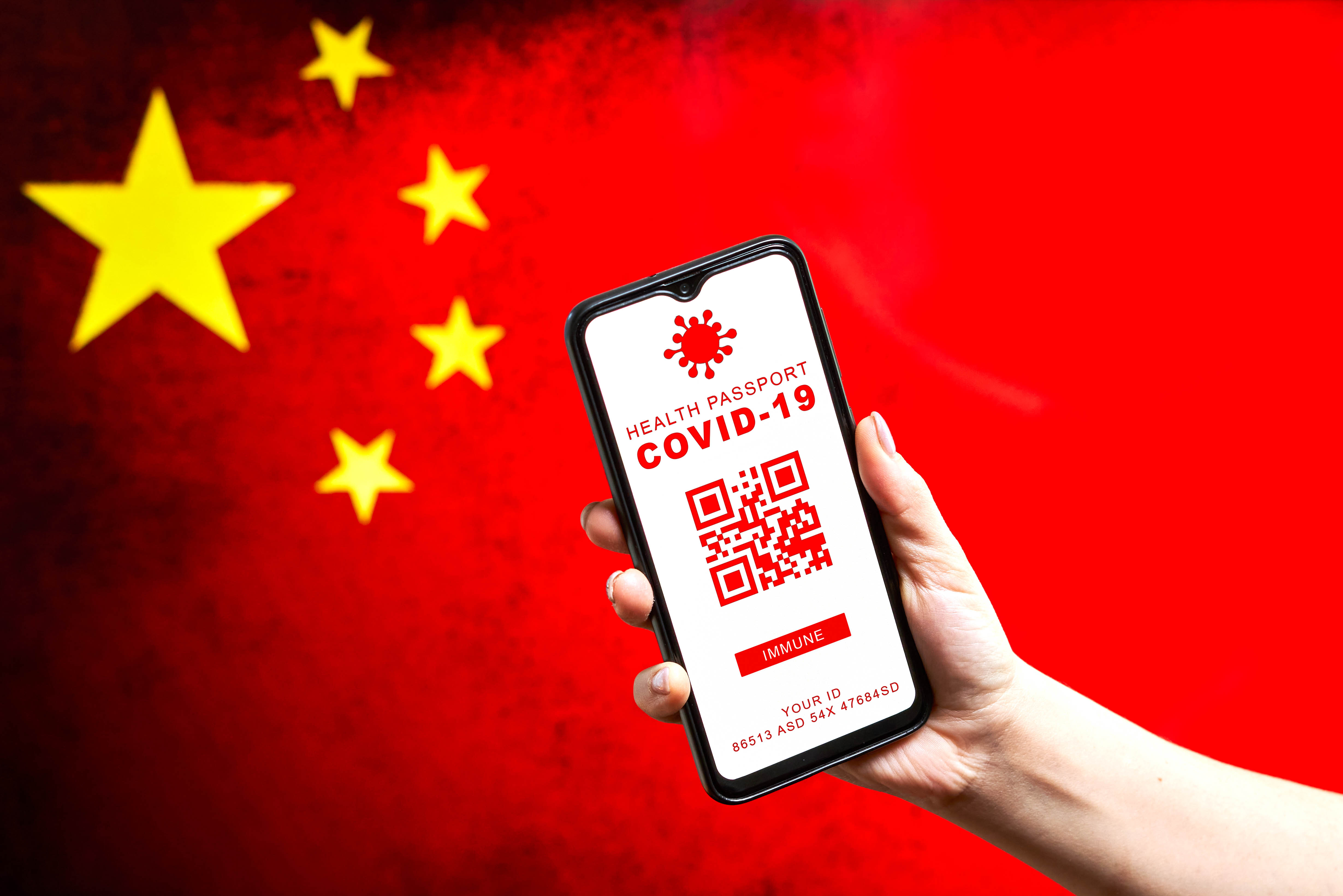 Greetings and welcome back to the first post-America batch of Laura’s Links.

Post-America you say? Yah. Post-America. It’s making me sick. Who would have thought that I’d be reading the headlines and that the headlines would include a sentiment such as this: “The Biden administration expects the Taliban to continue allowing safe passage for Americans and others to leave Afghanistan after the US military withdrawal is completed next week.” Oh! I see. The President of the United States of America expects THE TALIBAN to allow safe passage for the filthy, dirty, kufar infidels that occupied their country for twenty years? THIS TALIBAN??? I mean, what could possibly be wrong with that expectation? Utter heartache. I could go on, but I’ll just get more irritated and this column will be a heaping mess of depression and irritation.

Fortunately for me, my gracious host, the Great UnWoke Bloke in Bespoke, Mark Steyn, has done all the heavy lifting on this subject and said so many of the things that need to be said. I’m so upset about post-America that even the idea of Mark Steyn LIFTING HEAVY THINGS cannot perk me up. Forgive me, Mark!

(Well, to be perfectly honest, maybe the idea perks me up a little. But only a very, very small bit, like a tiny amount, and certainly nothing of note, and certainly not a lot because I’m obviously not that shallow, OK???)

Anyway, for Mark’s musings on the delightfully uplifting ‘death of a superpower’ motif, check out: The Sound of White Hands Clapping, Countdown in Kabul, Performance Art With No Performers, and Going With the Flow.

While on the topic of utterly depressing crap that making me upset as hell, I’ll spend a few moments on the China Flu. Firstly, I agree completely with Governor DeSantis on this so thanks to Michael P. Senger for spotting it. Mr. Spenger has an excellent article on this very topic in Tablet Magazine,”The Masked Ball Cowardice”. I urge you to read the whole thing. From another corner of the internet, from the excellent Conservative Woman website, I’ll point you also to this piece, “Why So Many Believe in the Covid Cult”. I could not have possibly said this better myself, so I’d urge you to read the whole thing:

“Politicians have turned Covid-19 into a moral crusade, quasi-religious in nature, creating a doomsday cult. Masks generate fear and help keep the cultish behaviour going. Lockdowns demoralise us, reducing our capacity to resist dangerous authoritarian rule. Defeating the virus is the impossible aim that keeps the cult leaders in business.

“Wearing a mask and cheering on lockdowns makes people feel as if they are doing their duty, even if their actions are causing untold damage to themselves and others. All too easily they relinquish their sense of responsibility by saying that they are following government orders. They may not be entirely immune to the gross suffering caused by this but, as cult members are prone to do, they ignore it for the ‘greater good.’

“History is littered with the calamitous antics of doomsday cults. Yet we must be the only civilisation in history which thinks we can cheat death on a mass scale, destroying ourselves in the process.”

And it is a cult. No doubt about it.

By the way, here in Ontario, our obese bumpkin coward Premier Doug Ford has been dropping hints through his media eunuchs that vaccine passports are on the way for Ontario. This after promising that Ontario would not be implementing such a thing. Oh, forgoodnessssake, just now as I get ready to file, I see the bomb has now been dropped via his good buddy Brian Lilley.

Doug Ford is a pathetic, terrible man, and a wicked liar. Ontario is a garbage province and vaccination ‘passports’ are a truly despicable and offensive thing. Government surveilling you and controlling your access to anything via your phone is reprehensible, tyrannical and disgusting. Ontario, and much of Canada is just like communist China. I’m so angry, it’s hard for me to type.

Take care of yourselves and your loved ones. I’m going to continue trying to focus on the micro – family, home and community – because the macro is out of control. We are in for a very rough and dangerous ride as the dust starts to settle in the post-American world. I’m just sick about these vaccine passports. But more on that another time.

See you in the comments.

The world has gone mad.

Instead of oh HOW TO WIN WARS, the American army is teaching recruits how not to date assholes. I’m not kidding. I wish I was. Read this and weep. Do you think they did one of these course modules at the American embassy in Kabul? Because I think the Taliban would really, really, totally dig these courses. Like “Hey, don’t be an asshole to your beloved, randy goats, you excitable mountain dudes! Bring chocolates, but no music because THAT’S HARAM you dirty, filthy infidels.”

Daniel Greenfield: “Our mistaken ideas about human rights have failed us.” Read the whole thing. Daniel Greenfield is simply a superb writer and a very serious Jew. Great stuff.

As Tucker Carlson said a few weeks ago, first America invades, then it is invaded. To wit: “We were once told by President George W. Bush that ‘we will fight them over there so we do not have to face them in the United States of America.’ Twenty years later, and a poorly managed evacuation effort means we may very well be facing them here. This time, we’re rolling out the welcome mat.”

“According to the DA’s office, people who know Awad said he held a hatred toward Jewish individuals.” He stabbed a Rabbi, ya, I think he’s pretty antisemitic.

It’s China’s world. We’re just living in it. Related: is this what China has on Trudeau?

In which I must agree with a Turkey-based Egyptian analyst. Dude is literally channeling Mark Steyn!

“I kept saying throughout the whole process how lucky I am that I have my grandmother to experience this with,” Jacob said. “Just doing this in its entirety with her is something I’ll remember forever.”

“All jokes aside, my mother never considered herself subservient to the patriarchy in Judaism. “Just different,” she’d say. “Men have their mitzvot and women have ours. Sometimes, our religious realms overlap and sometimes not. It’s OK to be different.”

The great Kurt Schlichter: RESIGN! “Rip those stars off your pathetic nostalgia costumes and resign. Quit. Tell that crusty Pinocchio in the White House and the faculty lounge Geppettos tugging his strings that you will have no more to do with his human centipede of failure in Kabul.”

“The Unravelling of the West”, a most excellent podcast interview with Melanie Phillips on the Brendan O’Neill Show. Worth every minute of your time.

This is not brilliant.

And who among us hasn’t?

I will never forgive the French for making me root for them.

Behold, the barbarians of Iran.

The Taliban own social media. They are trolling American leftists like nobody’s business.

You can’t make this stuff up.

Don’t worry, the school is investigating.

WTF is wrong with these savage baby-murderers?

Some common sense returning? G-d I hope so.

My friend Louise Kinross wrote this personal, insightful piece about her spiritual journey from the religion of her childhood to a happier place psychologically, without G-d, but not without meaning and joy.

This is fabulous. Advance! Advance!

“Here was my response.”

“The doctors did not think she would live at first, they told us these were her final hours.” Doctors, as it turns out, can be wrong. Imagine that.