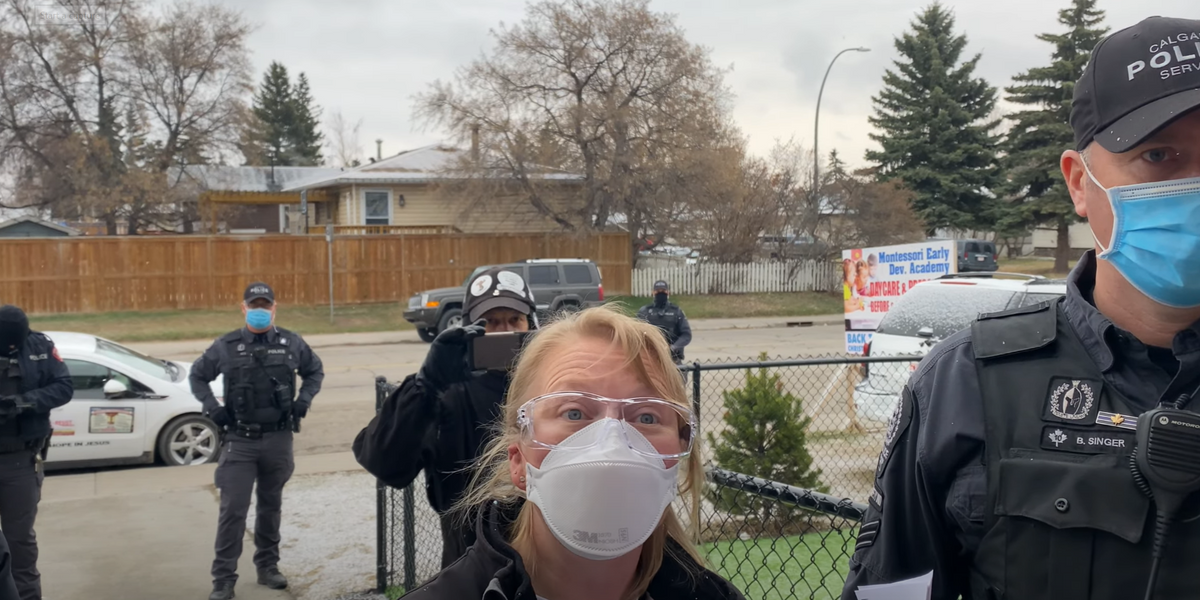 Pastor Artur Pawlowski went viral earlier this month for kicking a health inspector and police out of his church in Alberta, Canada. He infamously screaming at them, “Out of this property you Nazis! Gestapo is not allowed here! Out, Nazi! Out! Nazis are not welcome here! Do not come back here you Nazi psychopaths!” Pawlowski, who became known worldwide as the “Polish pastor,” kicked out a health inspector and a group of Calgary police officers again when they came to his church on Saturday to confront him over COVID-19 restrictions.

“And they did it again! Today, the Gestapo Attacked our Church Again,” Pawlowski wrote on Twitter about the latest harassment by Canadian authorities. “History is being repeated in front of our eyes! Another sad day for Freedom and democracy!”

Pawlowski shared a video of the tense confrontation with law enforcement in Canada where he stood his ground once again. The public health inspector hands Pawlowski a court order that she claims grants them access into the church, but he immediately responds, “I’m not really interested in what you have to say.”

“You see, this is what the Gestapo is doing,” the Polish pastor says. “You’re coming to the place of worship to intimidate and to harass.”

Then Pawlowski informs the health inspector that they can make an appointment for another day when there are no church services.

The Polish pastor then launches into a loud rant, and labels the police as “Gestapo” again as he did in the first incident that was recorded on video and garnered millions of views on social media websites.

“You are sick, that’s what you are!” Pawlowski screamed at the police, who he described as “wicked evil people.” “And rightfully so you change your uniforms to black, because you are exactly acting like the Gestapo of old.”

“If Canadians will not rise up and stand up, if they will not come to their senses while there is still time, while there is a time to wake up and push this evil, there will be absolutely no, no rights whatsoever,” Pawlowski continued. “If they can get away with this, they’re going to come anywhere else.”

“And, you know, that’s what people do not understand,” Pawlowski, who was originally from Poland and is determined to warn the world about the dangers of authoritarian governments, said “They think that this is some kind of a game. Do you think they are here for your health, seriously?”

“They could come any day of the week,” he continued after the police departed. “No, they want to do it during the church service because they have a purpose, they have an agenda. If you’re not seeing it then you’re plain either stupid, blind, and deaf.”

“Either you’re going to keep pushing as hard as you can or you’ll be swallowed by those people,” Pawlowski said. “They’re going to keep coming, keep taking your rights, one after another. Destroying you by thousands of cuts. One cut at a time.”

Pawlowski, who has refused to stop church services during the pandemic, called the second visit by Canadian authorities “sickening.”