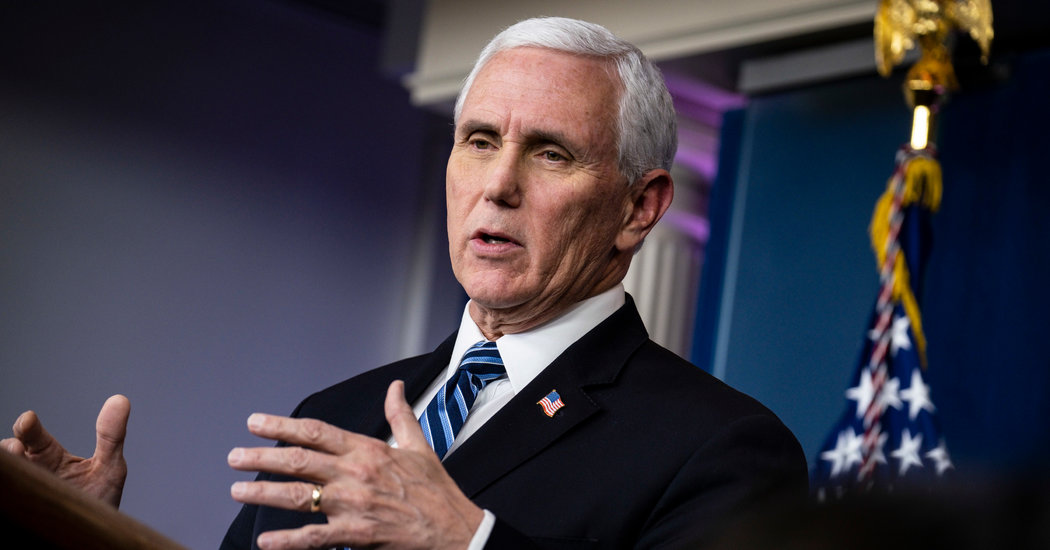 WASHINGTON — Vice President Mike Pence twice refused to say that “black lives matter” during an interview on a Philadelphia television station on Friday, insisting instead that “all lives matter in a very real sense.”

Mr. Pence also claimed during the interview with 6ABC Action News that Americans had cherished the idea that everyone is created equal “from the founding of this nation,” an assertion that ignores the institution of slavery during the first 100 years of the country’s history.

The vice president’s comments came on Juneteenth, a holiday that commemorates the end of slavery in America. And he refused to specifically say that black lives matter at a time when the country is convulsing in outrage about racial injustice at the hands of the police following George Floyd’s death in Minneapolis last month.

President Trump has been under fire for weeks for his response to protests in cities across the nation in the wake of Mr. Floyd’s death. His tweets calling for aggressive action by the police to quell violence have angered activists. And earlier this month, his administration ordered the police to clear protesters from streets near the White House before Mr. Trump held a photo op at a church.

In the interview, Mr. Pence called Mr. Floyd’s death “a tragedy,” but his insistence that “all lives matter” is likely to be seen as a provocation by activists and others who say that phrase dilutes the issue and fails to acknowledge the specific threats that African-Americans still face at the hands of police officers in the United States.

Brian Taff, the news anchor, pressed Mr. Pence on that point: “People are saying, of course all lives matter, but to say the words is an acknowledgment that black lives also matter at a time in this country when it appears that there’s a segment of our society that doesn’t agree. So why will you not say those words?”

The vice president said he did not accept that “there’s a segment of American society that disagrees, in the preciousness and importance of every human life.” He again refused to say that black lives matter.

“And yet, one final time, you won’t say the words and we understand your explanation,” Mr. Taff said.

Mr. Pence is due to arrive on Saturday in Tulsa, Okla., to join Mr. Trump for a Make America Great Again! rally that evening. Tulsa was the site of one of the nation’s worst examples of racial violence when a white mob laid siege to a prosperous black neighborhood, killing hundreds of people in 1921.