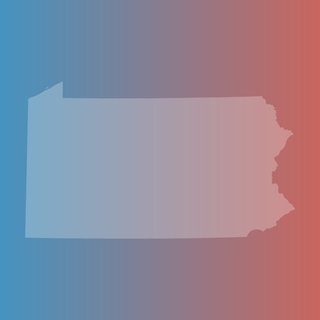 WILKES-BARRE, Pa. — Democrats are hoping to reverse Mr. Trump’s resounding win four years ago in northeastern Pennsylvania’s Luzerne County, but they have a mountain to climb.

Luzerne was one of only three Pennsylvania counties to flip from supporting President Barack Obama in 2012 to supporting Mr. Trump in 2016. Among those counties, it gave Mr. Trump — who narrowly won the state as a whole — by far his biggest margin of victory, almost 20 percentage points.

Local Democrats predicted that many voters in this blue-collar former coal-mining county would switch back to the Democratic ticket after deciding in 2016 to take a chance on Mr. Trump and concluding now that he doesn’t represent their interests after all.

“There is indeed overwhelming support for Joe Biden in Luzerne County in 2020, and among them are a growing number of those who voted for Trump in 2016,” said Kathy Bozinski, chair of the county’s Democratic Party.

Ms. Bozinski said the strength of Democratic support was shown by large numbers of yard signs, volunteers and donations, but she was unwilling or unable to name any individuals who plan to return to the Democratic fold. She said many had privately expressed their change of mind but were wary about saying so publicly because they fear harassment from Trump supporters in a deeply divided county.

She spoke as a lone Trump supporter waving a blue Trump flag harangued two Democratic volunteers who were carrying armfuls of Biden yard signs out of the Democratic campaign office in downtown Wilkes-Barre, the county seat.

Justin Behrens, chairman of the Luzerne County Republican Party, said growing Republican voter registration and a switch to the party’s control of the County Council last year for the first time both pointed to solid support for Mr. Trump in this year’s election.

“The average person here is a pro-life, Second Amendment, Roman Catholic union worker, and you are starting to see those social aspects coming to the fore,” he said.

Luzerne County is whiter, older, poorer and less educated than Pennsylvania as a whole, according to Census Bureau data for 2018, collated by the Pennsylvania Economy League, a research group.

Thomas J. Baldino, an emeritus professor of political science at Wilkes University in Wilkes-Barre, said the area’s socially conservative former Democrats helped Mr. Trump win the county in 2016 and would do so again this year.

“Trump will win Luzerne County, and possibly Lackawanna County,” Mr. Baldino said, referring to the neighboring county. “The only remaining question is by how many votes.”