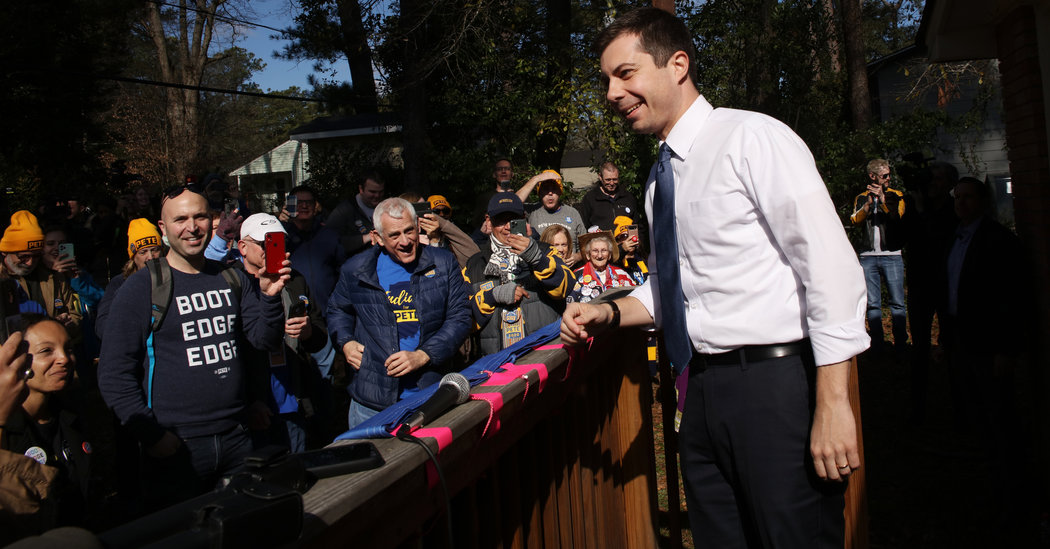 Pete Buttigieg, who rose from obscurity to narrowly win the Iowa caucuses before dropping out of the Democratic presidential primary last month, has taken some of the first steps toward outlining his post-campaign future.

Mr. Buttigieg, the former mayor of South Bend, Ind., is forming both a political action committee, called Win the Era, and an affiliated nonprofit group, according to people briefed on the plans.

Donors have been told that the PAC will support and endorse candidates who represent generational change, specifically in down-ballot races, in hopes of helping to create a “pipeline” for the party. The groups will also promote issues such as climate change and cybersecurity.

A skeletal version of a website that refashions Mr. Buttigieg’s 2020 logo, replacing the word “Pete” with “Win the Era,” is already online, though it has not been advertised. “There is simply too much at stake to retreat to the sidelines now,” the site reads. “Together we can build the era that must come next.”

Mr. Buttigieg, whose second term as mayor ended Jan. 1, is just 38 and seen as one of the rising stars of the Democratic Party. But he also finds himself out of office and with no clear path back to electoral politics in Republican-dominated Indiana.

He emerged as one of the surprise fund-raising standouts of the 2020 campaign, raising more than $100 million in a little more than a year. He won over traditional fund-raisers, from Wall Street to Silicon Valley, who had bundled huge sums for President Barack Obama, as well as small online contributors. He raised more than $43 million from donors who gave less than $200.

His primary campaign committee ended up with at least $2.8 million in general election funds, according to calculations by the Campaign Finance Institute.

Because Mr. Buttigieg did not become the nominee, that money must now be refunded. But Mr. Buttigieg’s campaign is now asking donors to instead redirect the money to seed the PAC, which can accept contributions of up to $5,000 each.

“The work of electing a forward-thinking generation of Democratic candidates never ends,” said Lis Smith, a spokeswoman for Mr. Buttigieg and a senior adviser to his campaign, when asked about his plans. “Pete will do his part by building and leading the Win the Era PAC as we get closer to the November election.”