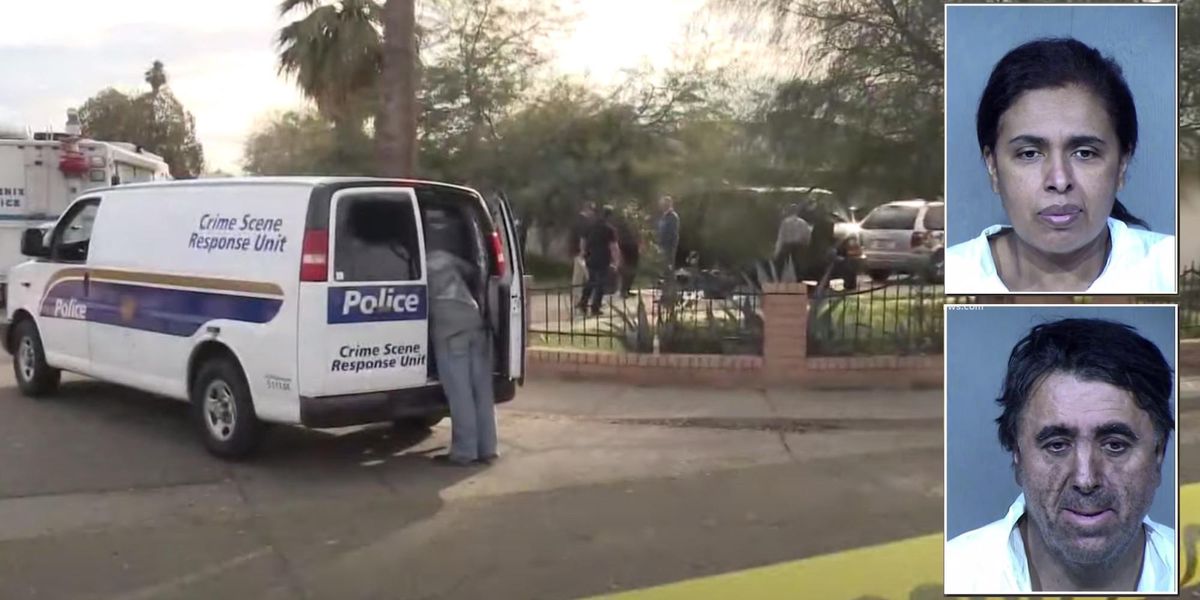 Police made a gruesome discovery behind the drywall of a home set on fire by a man who had been accused of abusing his children.

The incident unfolded in Phoenix, after police responded to a call from an 11-year-old girl who said she had been abandoned at home for two days and was hungry.

Police found the girl in a home with human feces all over the floor, according to court documents, and called the Arizona Department of Child Safety to remove the girl.

The girl told police that her foster mother, Maribel Loera, had a terrible temper and had beaten her and would slam her head into the walls. Police said they documented evidence of physical injuries to the girl that matched her claims.

The girl also said that she had an older sister who had disappeared in 2017.

Eight days later, officials from the DCS contacted the foster father, Rafael Loera, and had him sign over temporary custody of two other children in the home, a 4-year-old girl and a 9-year-old boy.

DCS said that the boy had injuries “too numerous to count,” including cuts, scrapes, burns and scars.

Minutes after DCS left with the children, the home went up in flames.

Court documents say that Rafael Loera had splashed gasoline in the home and set it on fire in a bid to commit suicide. A neighbor reported the fire and firefighters responded before the conflagration could grow out of control.

Firefighters said they entered the home and found Maribel Loera trying to put out the flames with a garden hose.

That’s when they found the skeletal remains.

Police say that Rafael told them that he witnessed Maribel abusing the children but that he didn’t report it because he was afraid she would harm him as well. He allegedly claimed that the human remains belonged to another girl that they had adopted but had died on the way to a hospital after falling ill. He told police that they were afraid of losing their other children so they wrapped her body in a sheet and hid it in the attic for two years.

That girl was identified as 13-year-old Ana Loera. She had not been seen since 2016.

Prosecutors initially charged Rafael with two counts of child abuse, one count of abandoning or concealing a dead body and arson.

After a long investigation, officials concluded Friday that the child whose remains were found was murdered, and both suspects were charged with first-degree murder, several counts of child abuse, concealment of a dead body and arson of an occupied structure in the death of their daughter, Ana Loera.

Here’s a local news report about the horrible incident: