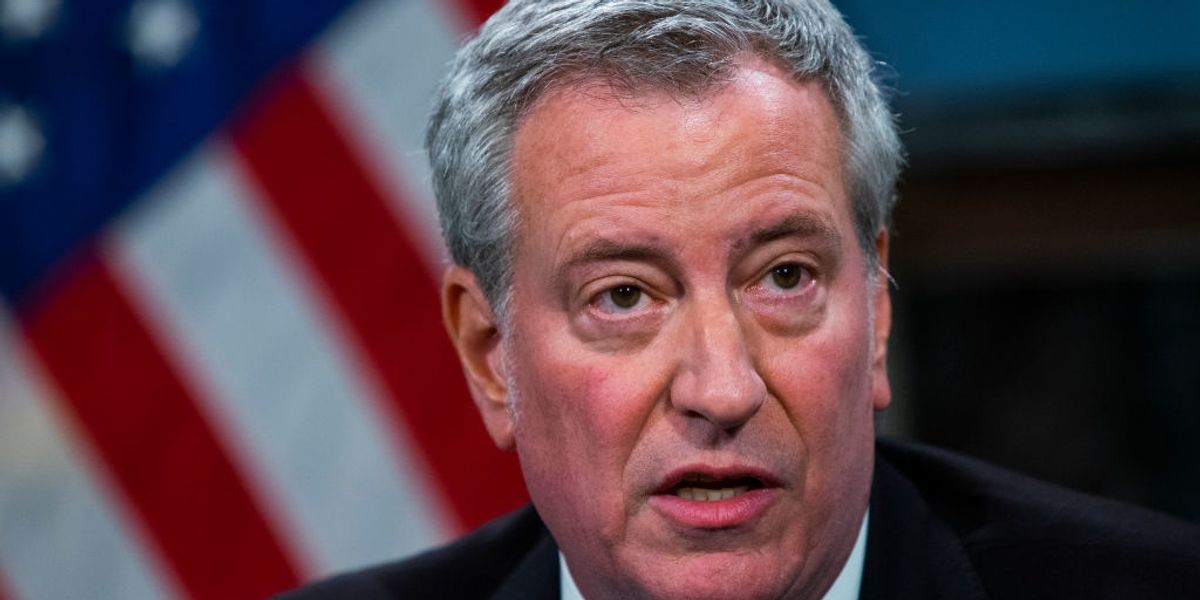 A leader of a major New York Police Department Union said on Friday that Mayor Bill de Blasio needs to “own” the effects of his sanctuary policies that allowed the city to free an illegal immigrant in November and subsequently allegedly attack and murder a 92-year-old woman.

“The mayor can say what he wants to say — he owns this, Sergeants Benevolent Association Vice President Vincent Vallelong told reporters, according to Fox News. “He should step up and say these are his policies, he owns it.”

Vallelong’s criticism of de Blasio comes after Matthew Albence, the acting director of U.S. Immigration and Customs Enforcement, said on Friday that the mayor’s support immigration stance was largely responsible for the sexual assault and murder of the elderly woman.

“Make no mistake, it is this city’s sanctuary policies that is the sole reason this criminal was allowed to roam the streets freely and end an innocent woman’s life,” Albence said. “One simple phone call and Maria Fuertes could be alive today.”

As TheBlaze’s Phil Silver reported, Maria Fuentes was sexually assaulted and murdered just steps from her home on Jan. 6. Fuentes was known to her neighbors as a loving senior citizen and good neighbor.

Initially, police officers thought the 92-year-old woman’s death was the result of a slip-and-fall accident. Upon further investigation, law enforcement officials arrested 21-year-old Reeaz Khan and charged him with murder and sexual assault.

According to WABC-TV, Khan is a Guyanese national who was in the country illegally. Additionally, Khan had a violent criminal record. He was arrested in November after stabbing his own father. While he was detained, immigration enforcement ordered Khan to be detained. Had the NYPD followed the detainer order, Khan would have been turned over to ICE. Instead, pursuant to de Blasio’s “sanctuary city” policy, the alleged violent criminal was released back into the streets.

Thomas Decker, an official with ICE’s Enforcement and Removal Operations, said in a statement that de Blasio’s sanctuary policy was “dangerously flawed” and accused left-wing New York politicians of playing politics at the risk of the safety of the city’s residents.

“New York City’s sanctuary policies continue to threaten the safety of all residents of the five boroughs, as they repeatedly protect criminal aliens who show little regard for the laws of this nation,” he said. “In New York City alone, hundreds of arrestees are released each month with pending charges and/or convictions to return back into the communities where they committed their crimes, instead of being transferred into the custody of ICE.”

“Go ask the line cops in any jurisdiction — they hate these things, and I’ve talked to many,” he said. “A lot of these guys are repeat offenders, they are violent offenders and these cops are out there day after day putting their lives on the line and it’s got to be incredibly frustrating for them to arrest these guys, knowing they’re here illegally, knowing that ICE could get them off the streets and three weeks later they’re arresting them again for a more dangerous crime or a more heinous crime.”

Albence was especially angered by the fact that the New York Police Department originally said it never received a detainer request from ICE, but the federal agency later debunked this claim by producing a copy of the detainer order it faxed to the NYPD.

“If you’re going to have a sanctuary city policy and you know it’s going to result in people going back out to the street and committing more crimes, at least own it, at least stand up and say ‘yeah that’s our policy,'” he said. “Own it, don’t sit there and try to push the blame onto someone else — it’s disgusting.”