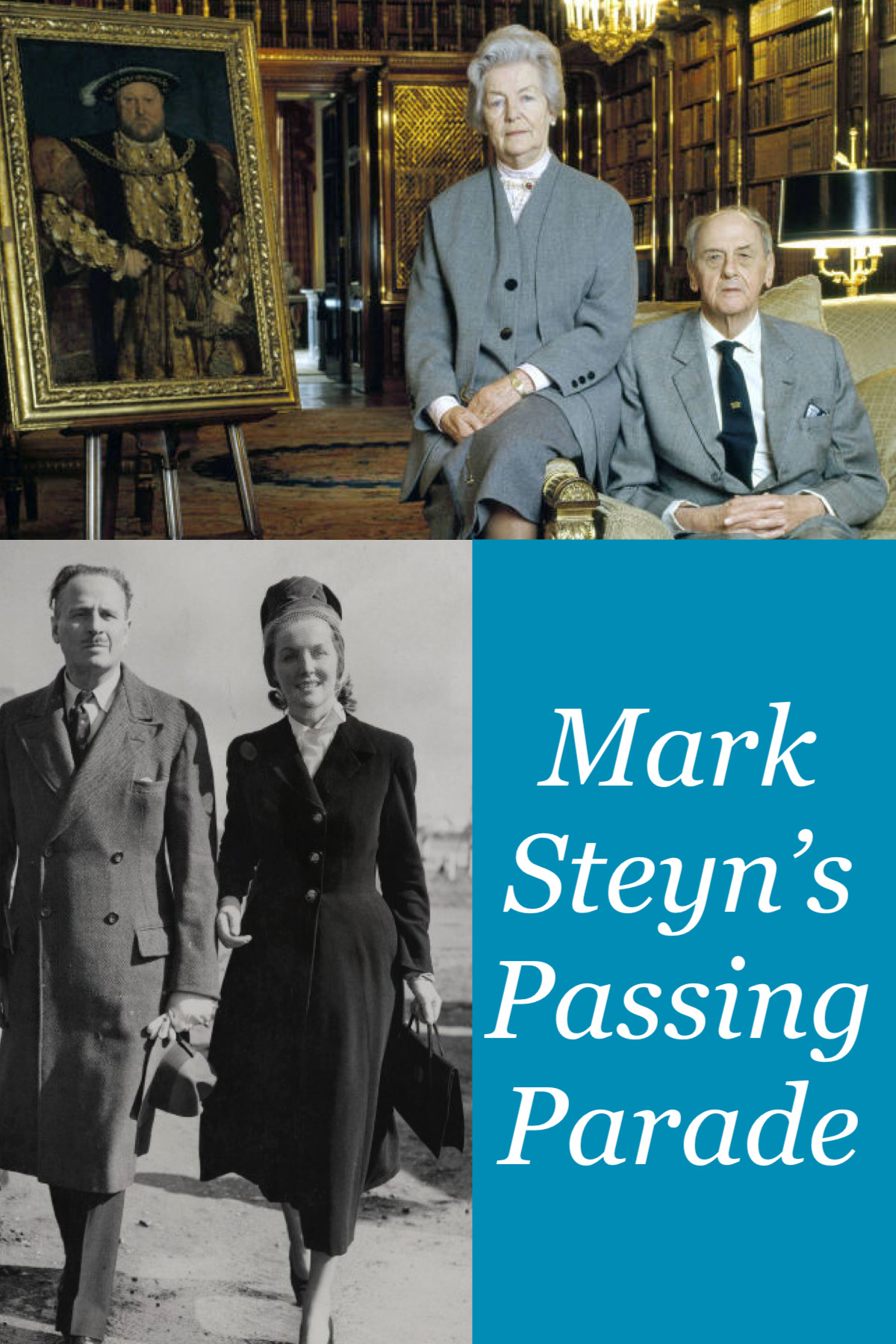 Programming note: If you missed “Over the Rainbow”, my second song selection in our brand new audio Song of the Week on the UK’s Serenade Radio, don’t miss this weekend’s music pick: it airs at 5.30pm London time, right after Sing Something Simple. which is 12.30pm Eastern/9.30am Pacific, making it a Sunday brunchy kind of show in the Americas.

In addition, Serenade has now added a second repeat of the show – 9pm UK time every Thursday. And wherever you are on the planet you can listen to it by clicking on the button in the top right-hand corner here.

Shows and concerts and suchlike may be off indefinitely in your town, but here at SteynOnline, through all the lockdowns, the lights stay on. We’re very proud that this website now offers more free content than at any time in our eighteen-year history. But we also provide some premium extras especially for our Mark Steyn Club members, such as our monthly adaptations of classic fiction and our ongoing weekly serialization of a particular favorite book of Steyn fans, Mark Steyn’s Passing Parade.

In this weekend’s episode, we start with a polite but determined survivor, the 11th Duke of Devonshire:

He had an aristocratic reluctance to make a fuss. He displayed great physical courage in Italy but insisted for the next sixty years that they gave him the Military Cross merely for ‘being cheerful’. As one son of privilege to another, he would have found John Kerry’s war-hero campaign commercials utterly cringe-making. He was a modest man – or, at any rate, a man shrewd enough to understand that, in post-war socialist Britain, modesty behooves a duke.

In the 1960s, he served as Britain’s Minister of State for Colonial Affairs, a distinction he attributed to the fact that his uncle happened to be Prime Minister (Harold Macmillan). But those were busy days at the Colonial Office: the Duke midwifed eleven newly independent nations, from Malawi to Jamaica, which is no mean accomplishment. Yet he brushed it aside, and, asked how he rubbed along with notoriously uncooperative Afro-Marxist revolutionaries, he was at pains to emphasize how frightfully decent they were. ‘I got on well with the Africans,’ he’d say. ‘They were very jolly.’

And so, cloaking a sharp wit and canny instincts in the traditional virtues of diffidence and self-deprecation, Andrew Devonshire somehow survived and prospered as a duke in a very unducal age.

He was not only nephew of the serving Prime Minister, but an in-law of the serving President of the United States: his brother had married JFK’s sister. The Duke’s own missus was my sometime Spectator colleague Deborah Devonshire, as she styled herself. Debo was the youngest of the famous Mitford girls (of whom I knew three), and so for the first time in this series our brace of weekend eulogies are related – a Duke and the sister-in-law who started as a bright young thing and ended as a fascist moll: Diana Mosley.

Of course, these days at the upper echelons of the Democrat-media complex and the European Union, everyone’s inter-married, but in, I feel, a somewhat more covert, homogenized and nauseatingly self-regarding fashion.

Members of The Mark Steyn Club can hear me read Part Seventeen of Mark Steyn’s Passing Parade simply by clicking here and logging-in. Earlier episodes can be found here.

Thursday’s conclusion of my serialization of Animal Farm prompted this from Tom Gelsinon, a First Day Founding Member of The Mark Steyn Club from Arizona:

Very much enjoyed Mark’s reading of this tale. As was the case with Nineteen Eighty-Four, I hadn’t returned to Animal Farm since reading in high school. I’d always thought that Orwell’s two most famous works of fiction were far inferior to his essays, but after hearing these related books, I’ve had a change of mind.

Good storytelling reaches more people than the most trenchant essay, Tom, as I’m sure Orwell’s estate would confirm.

On that note, membership in The Mark Steyn Club is not for everyone, but, if you’ve a pal who enjoys classic fiction, we’d love to welcome him or her to our ranks via the birthday present that lasts all year: A gift subscription to the Steyn Club, which comes with access to our entire archive of Tales for Our Time, including The Strange Case of Dr Jekyll and Mr Hyde, The Time Machine, The Thirty-Nine Steps and many more. For more details on our special Gift Membership, see here. Please join me next weekend for Part Eighteen of Mark Steyn’s Passing Parade – and for our Song of the Week on Serenade Radio, tomorrow Sunday at 5.30pm UK time.