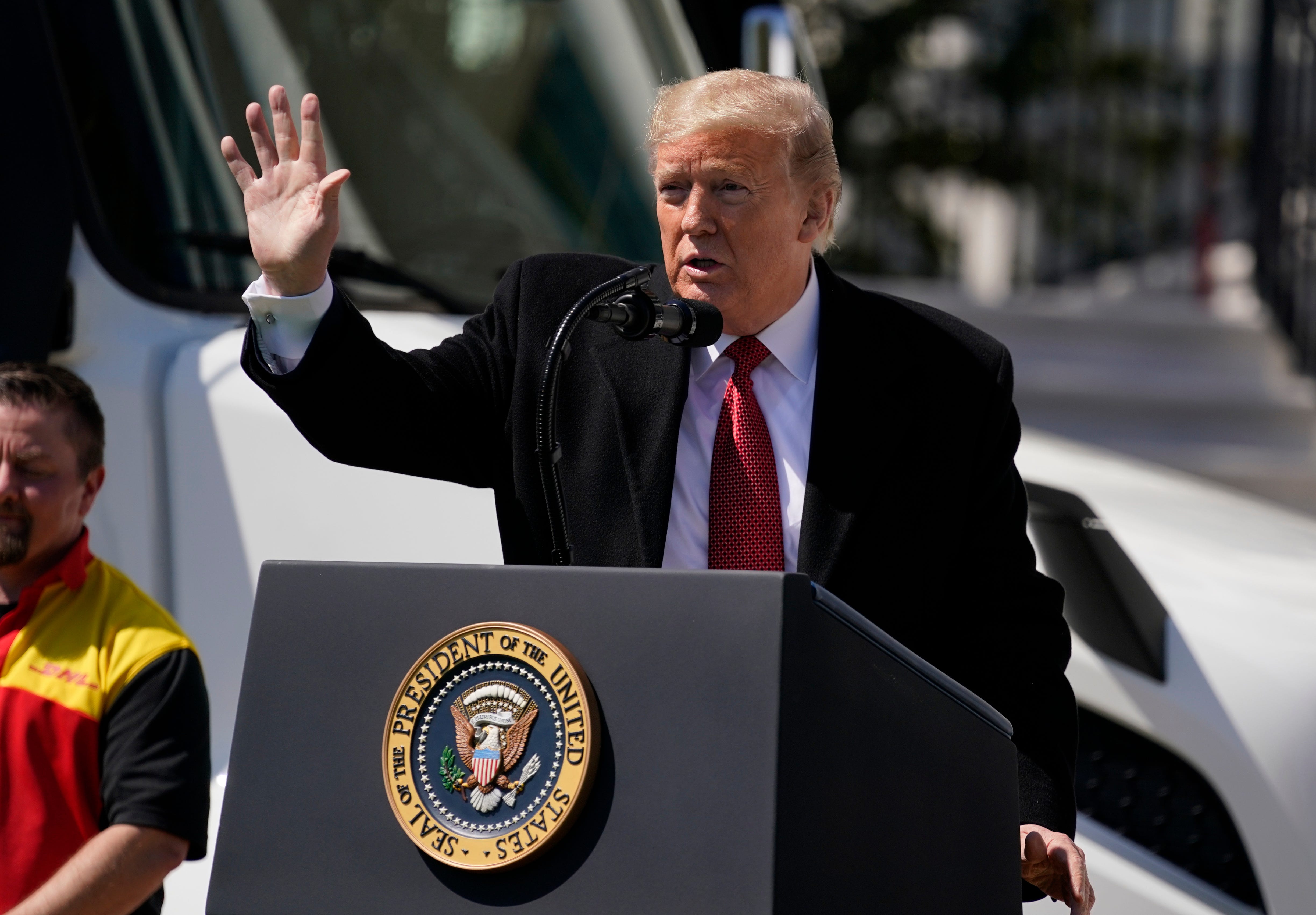 President Trump tweeted late Monday that he planned to temporarily suspend immigration to the U.S.

The president cited the need to protect jobs in light of “the attack from the Invisible Enemy,” a reference to the ongoing coronavirus pandemic.

“In light of the attack from the Invisible Enemy, as well as the need to protect the jobs of our GREAT American Citizens, I will be signing an executive order to temporarily suspend immigration into the United States!” Trump tweeted.

President Trump said he would be enacting the change in policy by signing an executive order. There were no more details about the plan, which would almost certainly face legal challenges.

The rapid spread of the virus — which in mere months has generated almost 2.5 million documented cases globally, about a third of which are in the U.S. — has prompted the administration to enact travel restrictions from most of Europe as well as China, Canada, Iran, Mexico and South Korea.

The announcement drew a swift reply from Democratic Texas congressman Joaquin Castro, who tweeted that “the action is not only an attempt to divert attention away from Trump’s failure to stop the spread of the coronavirus and save lives, but an authoritarian-like move to take advantage of a crisis and advance his anti-immigrant agenda. We must come together to reject his division.”

Over the past weeks of the crisis, which has seen many states shut down, the administration has made moves to clamp down on asylum seekers and immigrants seeking entry into the country.

Critics contend that Trump is using the crisis, which has killed more than 42,000 Americans and paralyzed the economy, to further America First policies that have long been focused on making it more difficult for foreigners to live and work in the U.S.

Trump’s order comes as protesters in various states have taken to the streets and state capital steps to demand that businesses start opening back up soon.

Businesses small and large have been decimated by the national economic paralysis. But health officials are united in their belief that opening the country up too soon could cause virus cases to surge and health care facilities to be overwhelmed.

Although cases continue to grow in some parts of the country, governors of South Carolina, Georgia and Tennessee made moves Monday to start easing restrictions for their residents.

South Carolina allowed retail shops such as department stores to reopen, while in Georgia gyms, hair salons and tattoo parlors can open on Friday. Tennessee Gov. Bill Lee said his stay-at-home order would expire April 30, allowing most businesses to reopen by May 1.