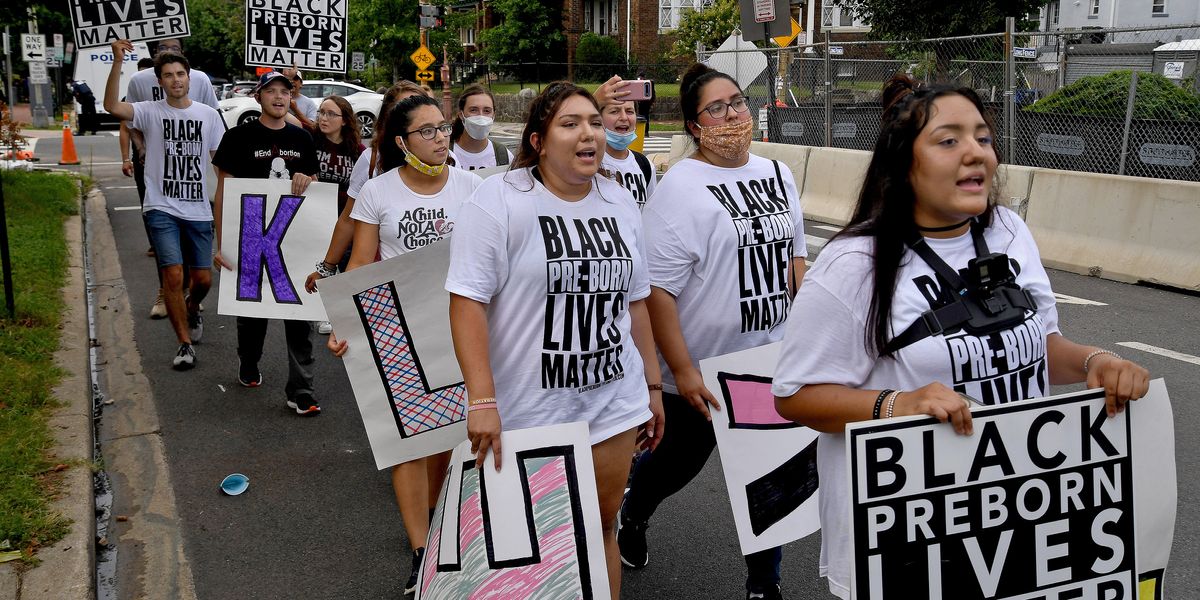 As reported by The Washington Times, multiple groups of pro-life activists — Students for Life of America, the Frederick Douglass Foundation, and the Human Coalition — banded together to paint the message on the street outside of the facility on Howard Street in Baltimore.

Following the job, the demonstrators held up a sign reading, “President Trump, Help Us Save Lives. Defund Planned Parenthood.”

In a statement, the Students for Life of America said “About 13% of American women are black, but they submit to over 38% of all abortions. This is exactly why we say #BlackPrebornLivesMatter. Black women and their preborn children MUST be protected from the atrocity of abortion.”

In August, the groups informed Democratic Baltimore Mayor Bernard Young in a letter of their intention to paint the phrase on the street, citing previous instances of activists painting streets with phrases such as “Black Lives Matter” and “Defund the Police.”

The groups reasoned that Young should permit such a move in light of previous demonstrations.

“Your original decision to paint ‘Black Lives Matter’ on the street may very well be government speech,” a portion of the letter read according to the outlet. “However, your decision to allow private citizens to paint additional messages such as ‘Defund the Police’ and ‘Black Trans Lives Matter’ and to intervene on behalf of a public display of another’s speech indicates that public areas are now an open forum for free speech.”

In August, Washington, D.C., authorities prevented the groups from painting the message in front of the city’s Planned Parenthood facility on 4th Street NE. Authorities also arrested two members of the group who wrote the message in chalk on the sidewalk instead.

“Fortunately, the event was far more in line with the constitution than our attempt to paint the street with the same message in Washington, D.C.,” Students for Life said of the Baltimore demonstration. “There, two of our students were arrested not for painting, but for sidewalk chalking. Six cop cars were there to meet us in our nation’s capital, doing the bidding of pro-abortion Mayor Muriel Bowser.”

Students for Life shared an aerial shot of the artistry, writing, “Student [sic] for Life and Frederick Douglass Foundation joined with local Baltimore pro-life activists outside the Planned Parenthood to paint on the street early this morning! #BlackPrebornLivesMatter[.]”