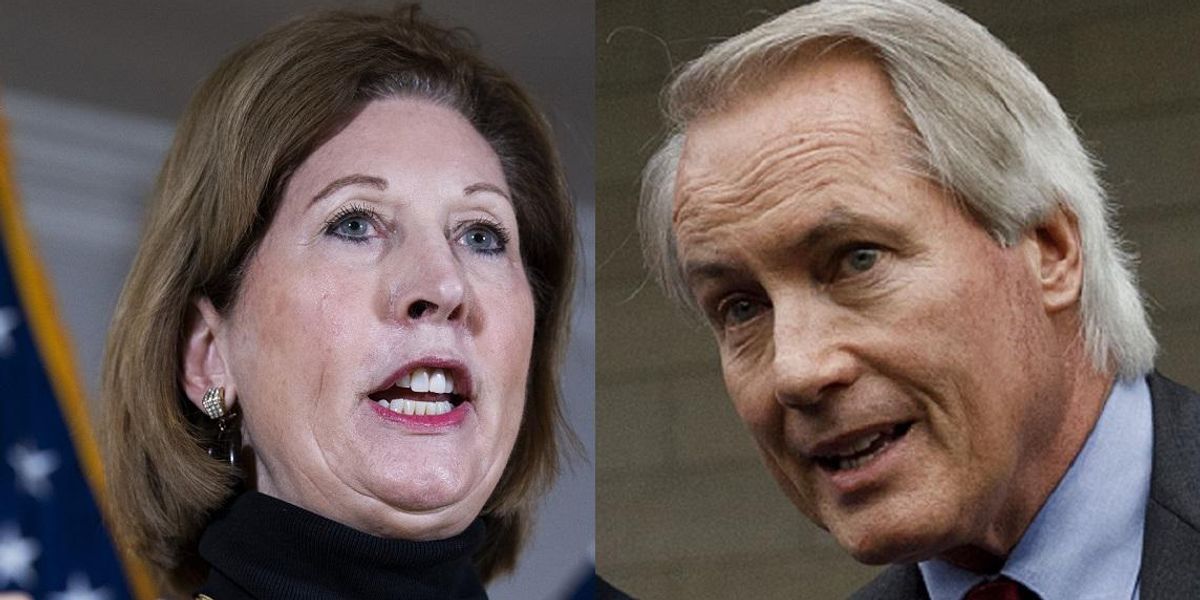 Pro-Trump attorneys Sidney Powell and L. Lin Wood are urging Georgians to boycott the state’s upcoming U.S. Senate races unless officials change the voting systems to guarantee election security, claiming that voter fraud is so widespread that their ballots would not be counted fairly.

Powell and Wood have spearheaded legal challenges to the results of the Nov. 3 election, echoing President Donald Trump’s allegations that the results of his race against Democratic presidential nominee Joe Biden were rigged nationwide.

The lawyers have acted on their own outside of the Trump campaign, however, which distanced itself from Powell after she claimed during a campaign press conference that electronic voting systems throughout the country were manipulated as part of a broad conspiracy involving foreign countries.

During a “Stop the Steal” rally for Trump supporters in Georgia on Wednesday, Powell and Wood both used their speaking time to discourage attendees from showing up to the polls next month in the critical re-election races for sitting Republican Sens. Kelly Loeffler and David Perdue.

“I would encourage all Georgians to make it known that you will not vote at all unless your vote is secure,” Powell told the crowd, according to Atlanta Journal-Constitution reporter Greg Bluestein, who tweeted, “She wants system of signed paper ballots, no Dominion voting machines. Basically, she’s urging Republicans not to vote in the Jan. 5 runoffs.”

Wood took the message a step further, criticizing Sens. Loeffler and Perdue for not being in attendance at the rally, saying, “Where’s Kelly Loeffler here? Where’s David Perdue? He ought to be standing right here.”

“They have not earned your vote,” he continued. “Don’t you give it to them. Why would you go back and vote in another rigged election for God’s sake? Fix it! You gotta fix it!”

Here’s Lin Wood telling Georgia Republicans NOT to vote for Kelly Loeffler and David Perdue next month. “They have… https://t.co/7oA51CEIFi

Wood is pressing for the Georgia legislature to hold a special session and change election mechanisms in enough time for the runoffs that are weeks away.

President Donald Trump is slated to headline a rally for Loeffler and Perdue this coming Saturday, signaling that he still wants supporters to come out and vote for the GOP candidates. He tweeted Wednesday, “Will be going to Georgia for a big Trump Rally in support of our two great Republican Senators, David and Kelly. They are fantastic people who love their Country and love their State. We must work hard and be sure they win.”

In reaction to Powell’s comments on Wednesday, Trump’s former White House press secretary Sean Spicer tweeted, “Unbelievably unhelpful. Everything is on the line in these 2 #GASenate races. If Dems win & [Senate Minority Leader Chuck Schumer (D-N.Y.)] controls the Senate they will end the filibuster, pack the court, give DC 2 Dem Senators,& roll back so many of the great – conservative – policies of @POTUS @realDonaldTrump.”

Unbelievably unhelpful. Everything is on the line in these 2 #GASenate races. If Dems win & @SenSchumer controls t… https://t.co/UUyakNTz5N

If Biden is inaugurated and Democratic candidates Raphael Warnock and Jon Ossoff both win against Loeffler and Perdue respectively, the Senate would be split 50-50 and a Vice President Kamala Harris would serve as the tie-breaking vote in the upper chamber. That would mean Democrats would have control of the White House and both chambers of Congress.